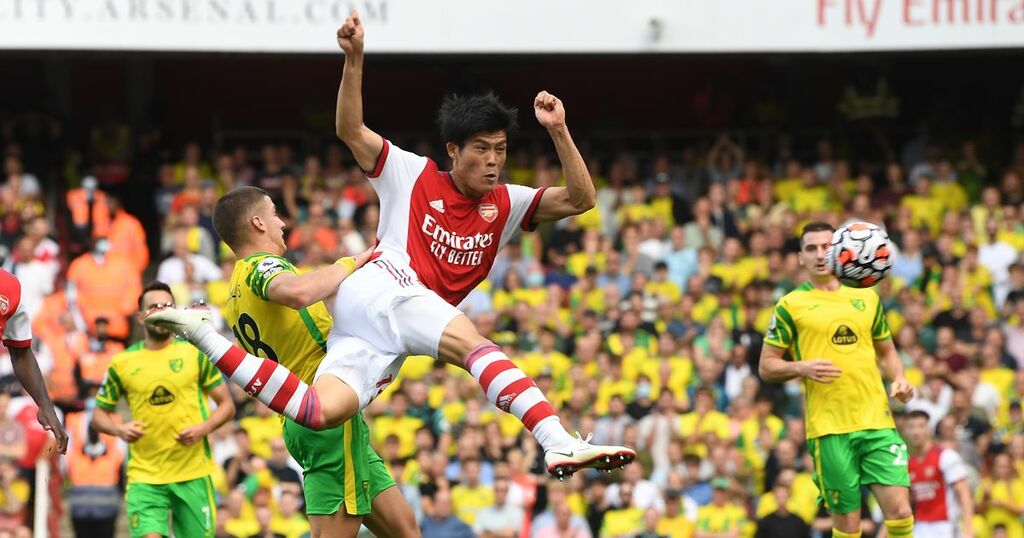 Takehiro Tomiyasu’s debut for Arsenal against Norwich proved that Edu made the right decision in signing him over Max Aarons.

The two right-backs played against each other on Saturday afternoon as Arsenal came out 1-0 winners over Norwich at the Emirates Stadium.

But it wasn’t just the result where Tomiyasu bettered Aarons, as the Japanese affected the game heavily during his time on the pitch, while Aarons remained on the fringes of Norwich's gameplan.

The 22-year-old managed to win 7 out of the 8 aerial duels he challenged for and looked comfortable defensively. He won 88% of his aerial duels in this game whilst Max Aarons has on average won just 14% in Premier League games this season.

Despite it being clear that the Englishman has more pace than Tomiyasu, he does not play with the defensive assertiveness or the physically combative style of the Japanese defender.

It is a presence that an Arsenal defence needed as before Tomiaysu's arrival the Gunners had conceded three goals in nine games but the club managed to keep their first clean sheet in a Premier League game this season on his debut.

Whilst it could be said that Aarons has a higher ceiling than Tomiyasu, it was clear on Saturday evening that the Japanese international has the better experience and defensive knack which the Gunners’ defence has been crying out for.

Aarons, who has also attracted interest from Arsenal's local rivals Tottenham and Bayern Munich, came up against Bukayo Saka in what was a hotly contested duel between the pair but the English right-back often looked uncomfortable when It came to defending one-on-one.

The 22-year-old Arsenal right-back was also promising going forward with him and Pepe creating an attacking threat as a partnership down the right-hand side.

The Japanese international came within centimetres of scoring on his debut with a volley just inside the box that just went over the bar.

Aarons had a similar chance in the second half where the execution seemed easier but he fluffed his lines at a crucial moment for the Canaries.

With Arsenal aiming to improve the defence with an immediate effect, the match against Norwich was proof that Edu made the right decision in signing Tomiyasu and not pursuing Max Aarons.