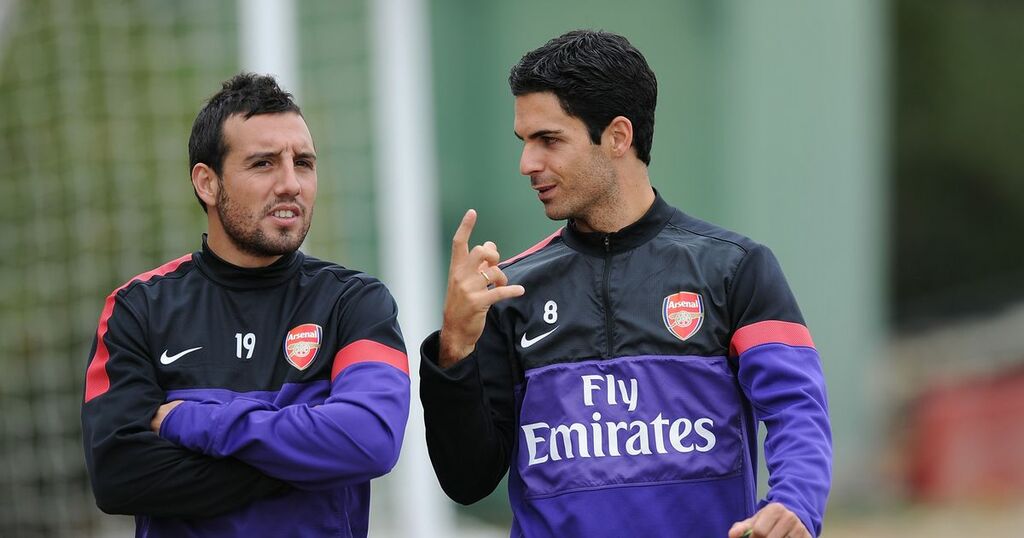 The unlikely partnership of Santi Cazorla and Francis Coquelin proved to be a surprising success and Arsene Wenger won the 2015 FA Cup and finished in 3rd place above Manchester United.

The season after, Arsenal finished in second behind the famous Leicester City, and the Frenchman was still part of the team, keeping his place up until the 2017/18 season. A near career-ending injury for Santi Cazorla broke up the partnership.

The purchase of Granit Xhaka and Aaron Ramsey’s shift to the central midfield also led to further restriction of minutes. Arsenal moved away from having the technical creative midfielder of Cazorla and have since never been able to get it back.

However, there lies an opportunity to discover a similar dynamic in the Arsenal side but it may require some time to develop and plenty of trust.

Mikel Arteta deployed a 4-3-3 system against Burnley whereby Thomas Partey operated as a lone number 6 with both Martin Odegaard and Emile Smith-Rowe ahead of him. It worked to an extent but lacked minutes and preparation.

With the struggles showed against Brighton, in particular the lack of a creative force on the left with the absence of Xhaka’s left-footed presence, Arteta may want to find a solution.

Odegaard arrived at the club for a fee in the region of £30 million having been Arteta and Edu’s primary target for the creative midfield position. His creativity has been present, however, his pressing and defensive game have impressed.

With him playing well in the slightly deeper midfield position, the possibility that Odegaard could play the number 8 role similar to Cazorla is an interesting theory.

He certainly could not occupy the position if paired with the static Xhaka, however, Partey presents a different concept. The Ghanaian possesses the mobility that Coquelin once had with Cazorla but an even greater level of quality in passing, strength and defensive ability.

Pairing Odegaard with Partey could allow Arteta to bring in another attacking player which might help address the Gunner's lack of attacking fervour.

If there is concern about losing too much defensive presence, the option to switch to the 3-4-3 system is also there. Arsenal definitely have the players for it and won their 2020 FA Cup playing in that structure under Arteta.

Kieran Tierney, Gabriel Magalhaes, Ben White and Takehiro Tomiyasu can all play in a three with Nuno Tavares an option at the left-wing back should Arteta want the Scot to play in the position he excels in for his country.

The takeaway from this is that the option is there. Arteta and Edu have built a squad with depth, options and youthful exuberance. The job is now to find performances on a consistent basis and Odegaard’s role is likely to be integral to that goal.

Make sure you have subscribed to The Arsenal Way! The Fan Brands team along with plenty of your football.london favourites will be producing daily Arsenal content for you to enjoy including match reactions, podcasts, football fun and interviews. You can follow Tom Canton from the TAW team to keep up to date with his work.