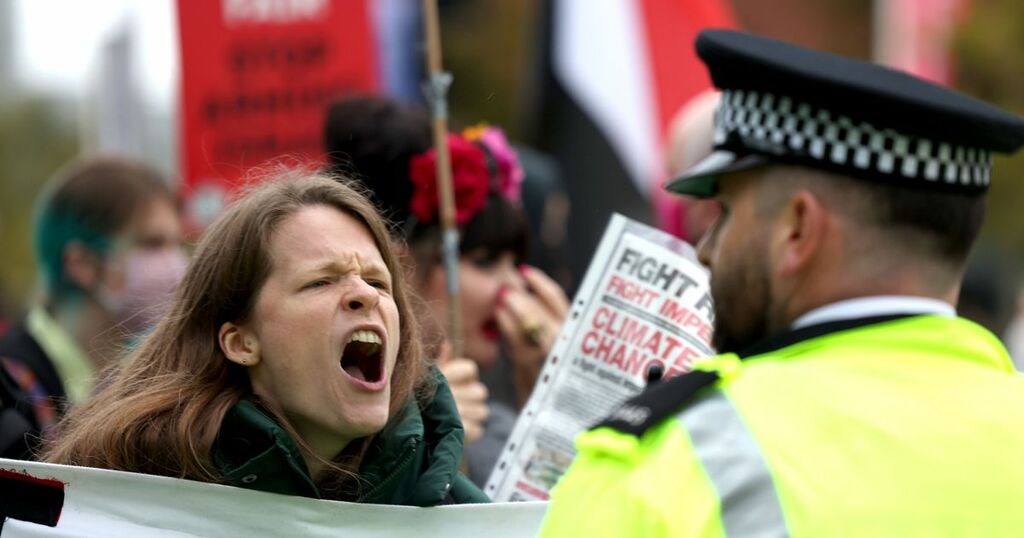 Good afternoon, these are the latest Liverpool ECHO headlines this lunchtime.

Major protests are taking place around Liverpool's waterfront today as a controversial arms fair gets underway in the city centre.

A huge police presence is out in force around the Kings Dock area, with demonstrations taking place against the AOC Electronic Warfare event, which is being held today and tomorrow at Liverpool's Exhibition Centre.

The demonstrations began last night, with some protesters making it onto the roof of the conference centre.

Two people were arrested at the Pullman Hotel in possession of items to be used for criminal damage.

Police have targeted a gang suspected of supplying fraudulent passports to notorious fugitives and criminals from Liverpool.

Yesterday the National Crime Agency (NCA) led a wave of raids across the country when they arrested 23 people during an operation which involved hundreds of officers.

Two warrants were executed in Merseyside during the raids.

A new hotel near Anfield Stadium is finally set to be approved.

The plans originally went before the committee earlier in the year but councillors delayed a decision on the project after concerns raised by some neighbours about the impact of the hotel.

However, the development could be approved next week, with officers from the council’s planning department having put stricter conditions to reduce concerns from neighbours and residents about an increase in hotels and AirBnB style lettings in the area.