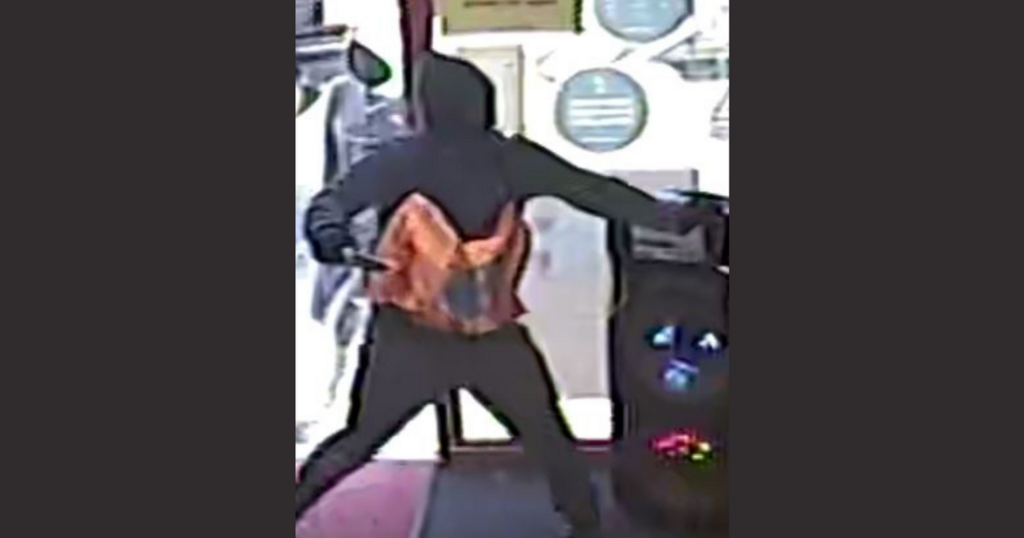 Two men are wanted for stealing gold jewellery in an armed robbery in Leeds.

Police investigating the robbery at a Seacroft shop have issued images of two people they would like to identify.

The two CCTV images, one of which appears to show one of the robbers holding a knife, can be seen above and below.

For the latest crime news, head to our Leeds Crime homepage

A spokesman for West Yorkshire Police said: "At about 4.16pm yesterday (Wednesday), police received a report that two males had entered Cash Converters in York Road with knives and stolen the till and a quantity of gold jewellery.

"The suspects are believed to have used a silver Vauxhall Meriva, which was later found abandoned in the Seacroft area.

"No one was injured in the incident, which is being investigated by Leeds CID.

"If you can assist in identifying these males then please contact Leeds CID on 101 or by using the West Yorkshire Police website.

"Information can also be reported anonymously to the independent charity Crimestoppers on 0800 555111 or online."