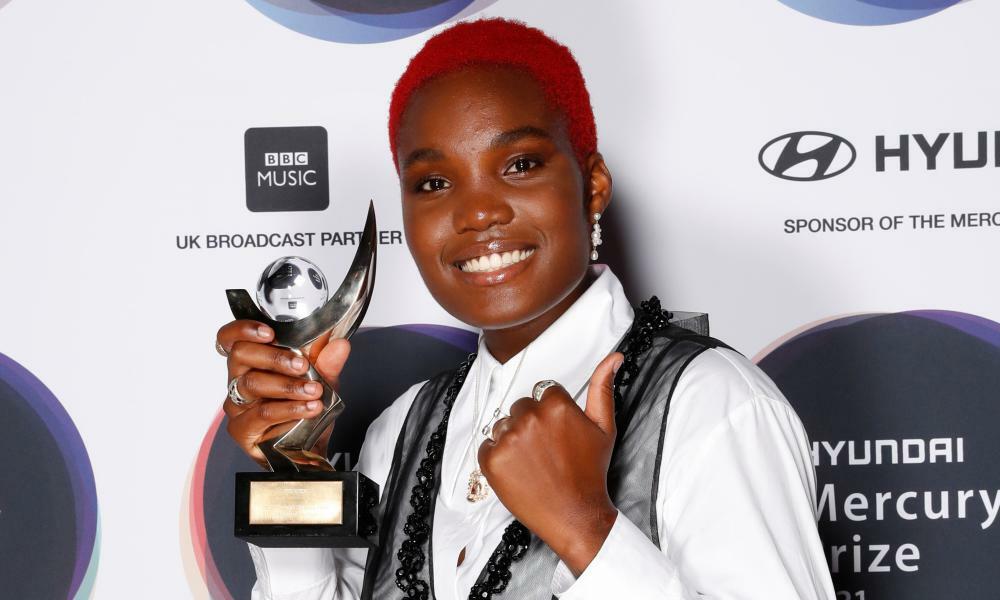 Last year, thanks to the coronavirus pandemic, the Mercury prize unexpectedly enjoyed a moment in the mainstream spotlight: in lieu of an actual ceremony, it was hoisted from the netherworld of BBC Four and newspaper think pieces such as this, and ended up being presented to Michael Kiwanuka for his album Kiwanuka on BBC One early evening institution The One Show. It seemed to do the trick, at least in commercial terms: Kiwanuka’s album got the kind of sales boost – silver at the time it won the award, it was gold weeks later – which, as certain previous winners can ruefully attest, bagging the Mercury doesn’t always deliver.

This year, it was back to BBC Four and business as usual, although a flicker of the previous year’s spotlight remained: The One Show broadcast a film about the prize, but alas failed to canvass the opinion of their studio guests, H and Claire from Steps, as to whether they preferred Black Country, New Road to Floating Points’ collaboration with Pharoah Sanders.

That seemed a shame: like last year’s winner, Arlo Parks’ Collapsed In Sunbeams has thus far sold well rather than spectacularly, and, like last year’s winner, it’s an excellent album people who tune in to The One Show may enjoy were they exposed to it. Its sound – which flits between vintage soul, what would once have been called trip-hop and shadings of alt-rock guitar – is commercial without ever succumbing to standard pop cliches or blandness.

It was the bookies’ favourite, although its victory didn’t seem as cut-and-dried as that may suggest. Ghetts’ Conflict of Interest and Wolf Alice’s Blue Weekend are impressive career highs; Berwyn’s raw, moving performance at the ceremony itself underlined what a striking and idiosyncratic artist he is. Sault’s Untitled (Rise) is an album that is brilliant and entirely of the moment. Any of them could have won without causing any consternation, although Sault’s desire for anonymity – they didn’t turn up to the ceremony, nor contribute a video in lieu of a performance – does make you wonder exactly who the organisers would have presented the award to had they won.

But the fact that it was a strong field doesn’t detract from how good Collapsed in Sunbeams is. Parks and her collaborator Gianluca Buccellati write songs with an effortless melodic fluency, and Parks’ voice is fantastic – warm and conversational, devoid of the grating mannerisms and showy over-singing that bedevils 21st-century pop.

Her lyrics, meanwhile, are really strong. There’s something diaristic about her approach to big topics – mental health, body image and sexuality among them – that suggests lived experience rather than a desire to preach or to be seen to be saying the right thing. You can see why she has been saddled with the Voice of generation Z tag, but Collapsed in Sunbeams has a tenderness and ease that precludes it ever sounding painfully earnest or worthy. On arrival earlier this year – in the pits of a particularly miserable winter – it felt special. Precisely the kind of thing, in fact, that could win the Mercury prize.