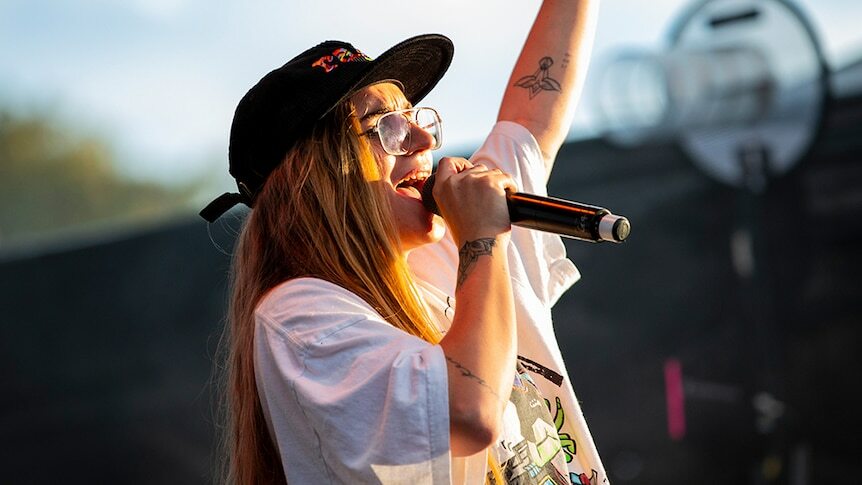 Australia's major music awards are doing away with gendered categories in order to make the competition more inclusive at a time of upheaval in the industry over gender and racial equality.

There will be no Best Male Artist or Best Female Artist categories at the ARIAs this November, organisers said.

Instead, an award for Best Artist will replace the two, with 10 nominees in the running instead of five in each of the previous categories.

"The time for separating artists based on gendered categories that exclude non-binary artists altogether has passed," Annabelle Herd, chief executive of ARIA, said in a statement.

"The music industry is demanding a more equal, inclusive, safe and supportive space for everyone and ARIA is working hard to achieve that across the ARIA Awards and everything we do."

The change will take effect at November's ceremony, which will be a digital-only event because of the pandemic.

The move embraces artists such as Tash Sultana and G Flip, who don’t identify as male or female.

Equality a long-standing issue in music

The move also comes at a time when many are demanding more gender equity in the Australian music business.

In May, the artist Jaguar Jonze spoke of the sexual harassment she endured from two producers she was working with.

Anonymous allegations on social media about a variety of workplaces gathered pace, bringing further attention to the issue.

In June, Sony Music’s Australian boss Denis Handlin, one of the most powerful figures in the local industry and the chair of ARIA's board, abruptly left the business amid allegations in the media of a toxic culture at the global company’s local outpost.

ARIA has set up a working group to try to devise a way to make the industry — long associated with romantic notions of sex, drugs and rock and roll — a fairer and safer place to work.

Ms Herd told the ABC on Wednesday that the group had been working "extremely hard" since they were appointed in May and that updates on the next steps, including broader consultation and expert advice, should be expected soon.

"The important thing is to get everybody involved because real change doesn't happen unless you get change across the board," she said.

The problem of gender equality has existed for years in music. A 2020 report by triple j's Hack program found it was getting slightly better but there was still a long way to go.

It also extends beyond gender.

At last year's ARIA Awards, African-Australian rapper Sampa The Great called for "diversity [and] equity in your ARIA boards" in a televised performance, asking: "Is it free, this industry, for people like me?"

Ms Herd said on Wednesday that "you're not going to be able to fix longstanding problems and cultural issues overnight" but that ARIA was taking several steps, including reviewing judging panels to make sure they properly reflected the industry.

November's awards, which will be streamed live on YouTube, will come just as the music business hopes to start welcoming fans back to live gigs following a horror 18 months of lockdowns and border closures.

Ms Herd said the show, which was still being put together, would acknowledge that as well as seeking to build excitement for the return of live music.

"We are just going to reflect the fact that there is so much strength and resilience in this industry … the passion and the drive is still there."