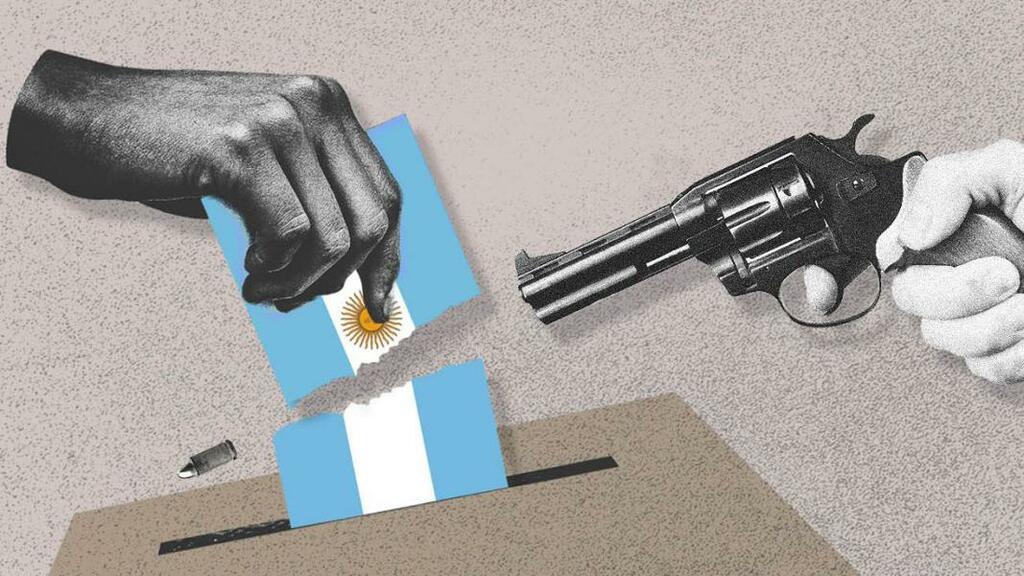 In the context of Argentina’s funky political system, a pre-election will be held ahead of the real thing. This vote, supposedly an obligatory primary to force all political parties to partake and thus minimize the fragmentation of parties to serve individuals, has the particularity of actually having a very real impact on the election. In 2019, for example, the pre-electoral beating suffered by Mauricio Macri’s ticket at the hands of Alberto Fernández sparked a damaging run on the peso, which rang the death knell for the ruling coalition’s expectations for re-election. The unexpected result, with Alberto and Cristina Fernández de Kirchner taking nearly 48 percent of the vote compared to the the ticket headed by Macri and running-mate Miguel Ángel Pichetto’s 31.8 percent, led to an aggressive devaluation to the tune of 30 percent, with the peso-dollar exchange rate going from around 46 pesos per greenback to 60. Yet this pernicious situation gave Macri’s team the inspiration to go on a series of massive rallies dubbed the “Yes We Can” campaign, which helped them recover in the real election where they took 41 percent of the vote and consolidated themselves as the true opposition.

This time around, we have a few added quirks and complications. First and foremost, we are still in the midst of a global pandemic which threatens to come back with a fury if the Delta variant manages to break loose and take over. After enduring one of the world’s toughest lockdowns, many Argentines remain scared of getting infected with Covid-19. While 60 percent of the population has received at least one dose of their Covid-19 vaccine, less than 30 percent have received both doses, particularly given shortages of the Sputnik V and AstraZeneca jabs. Furthermore, the months-long quarantine has impacted a dreary population that has also suffered an aggressive economic contraction and a stubbornly high inflation rate, leading to the growth of anti-system candidates such as José Luis Espert and Javier Milei, who could see their spoils grow from the meagre 1.5 percent of 2019, when they came in below the left (represented by Nicolás del Caño) and the far-right (Juan José Gómez Centurión). To add to the uncertainty, a full one million youngsters between the ages of 16 and 24 will be debutantes. That’s about 20 percent of the electorate.

What impact will this year’s PASO primaries have on the upcoming election? There’s 127 seats in the Chamber of Deputies at stake (half of the total), along with a third of the Senate, or 24 seats. At a national level, the re-branded opposition, Juntos, is defending 60 seats earned in the 2017 midterm elections in the Chamber of Deputies, up against the ruling Frente de Todos’ 51 seats. In the Senate, the ruling coalition is defending 15 seats against the opposition’s eight. The “mother of all battles,” as it’s called, is the Province of Buenos Aires. Back in 2017, President Macri celebrated a victory over none other than Mrs. Fernández de Kirchner in the country’s most populous electoral district, where Kirchnerism had built its bastion of power. With the unknown Esteban Bullrich, Cambiemos took 34 percent of the vote, virtually tied with Mrs. Fernández de Kirchner but for all practical purposes delivering her a tough defeat. The psychological effect completely deflated the actual election, supposedly burying Cristina’s future political career and actually helping Bullrich extend his lead to four percentage points, taking 41 percent of the vote in the actual election. The end of Cristina wasn’t an accurate projection, of course.

It will be a tough election for the pan-Peronist coalition led by the Fernandezes in the Province of Buenos Aires. Currently governed by Axel Kicillof, it is probably the region most castigated by the pandemic. The Buenos Aires metropolitan region (AMBA) which stretches from the capital out to the conurbano, was forced into the toughest and longest-lasting quarantine, while the number of cases and deaths still reached the highest in the nation. The economic impact of those lockdown measures were felt the hardest, given population density and the concentration of industrial jobs and the prevalence of poverty. President Alberto and his coalition’s unforced errors help erode the popularity of certain figures, while Macri being shoved aside — and former governor María Eugenia Vidal moving across the General Páz highway to compete in the City — by the opposition allows them to try out fresh candidates, like Deputy Mayor Diego Santilli and neurosurgeon Facundo Manes (who are actually facing off in primaries).

According to figures put together by Observatorio Electoral Consultores a few weeks ago, the pan-Peronist Frente de Todos front would attract some 36 percent of the vote in the PASO primaries, compared with 40 percent for the opposing Juntos. Yet, when measured individually, Victoria Tolosa Paz would take 36 percent of the vote compared to 26 percent for Santilli and 18 percent for Manes. Florencio Randazzo — a former interior minister under Cristina — would take some five percent while Espert would attract four percent. A full 11 percent of those surveyed indicated they remain undecided, a notable figure that surges above 20 percent for voters under 25 and 29 years of age.

Another poll put together by Giaccobe & Asociados indicates that the only two politicians with positive approval ratios in Buenos Aires Province are City Mayor Horacio Rodríguez Larreta and opposition hawk and former security minister Patricia Bullrich. President Fernández’s negative differential reached 41 percentage points, well above the minus 32 clocked in by Cristina Fernández de Kirchner, minus 22 for Mauricio Macri and minus 21 for Kicillof. Beating them all is Sergio Massa at minus 46. Among the candidates, Santilli has the strongest position, with an even differential and a low figure for those who don’t know him, while both Tolosa Paz and Manes have negative differentials but higher figures for no recall of them as candidates. Giacobbe’s figures suggest the opposition would take 34 percent of the vote compared to 27.2 percent for the Frente de Todos, with 19.1 percent undecided voters.

Over the past few elections, pollsters have been getting it absolutely wrong, both in Argentina and around the world. Covid and the growth of anti-politics has thrown further obstacles at them, as no- one is really willing to make a call on the pre-election dance that are the PASOs. It seems counterintuitive to expect a strong election by the candidates responding to the Fernández-Fernández tandem, but that doesn’t mean the opposition will be able to easily shake off the mantra of Macri and his economic meltdown.

Whatever happens, round two is just around the corner.

This piece was originally published in the Buenos Aires Times, Argentina's only English-language newspaper.