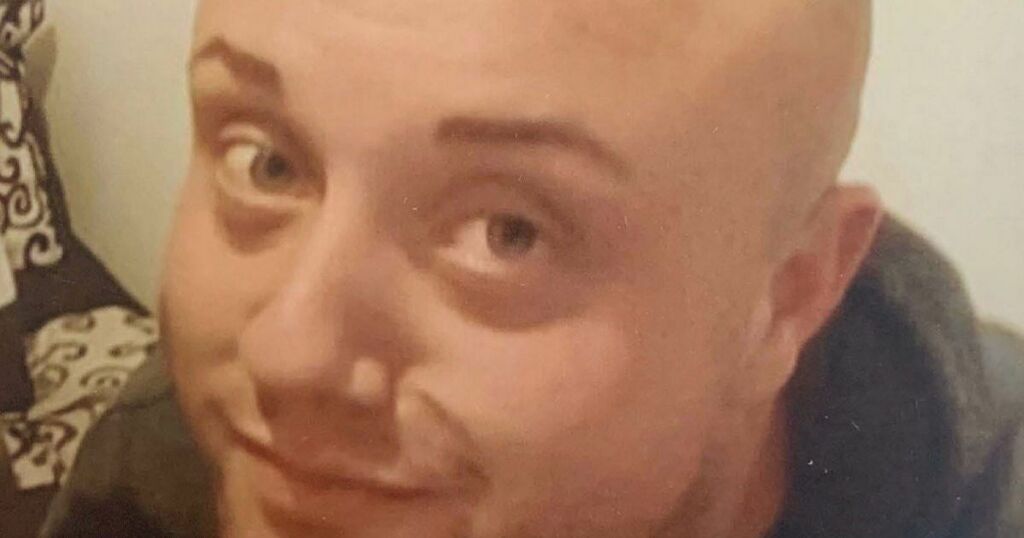 Warning: This article contains details which some readers will find upsetting.

A healthcare worker who was among the 22 killed in the Manchester Arena bombing could have survived if he had earlier treatment, the inquiry into the atrocity heard today.

He was just six metres from the explosion.

Today it emerged the healthcare assistant who helped young adults with autism and Asperger's and who worked at a coronary stroke unit could have survived had tourniquets been applied to both his legs.

READ MORE: What the Universal Credit cut is and how it may affect you

He wasn't tended to, triaged or assisted by any paramedics in the 47 minutes he remained in the foyer where the blast happened from the moment of the explosion, the inquiry has previously been told.

A member of the public, Ronald Blake, had applied a makeshift tourniquet made from his partner's belt and t-shirts.

Mr Atkinson was one of many placed on a makeshift stretcher to get them to the concourse of Victoria railway station, where a 'casualty clearing station' had been set up.

But he continued to bleed catastrophically and suffered a cardiac arrested as he was placed on a stretcher, only being finally taken away in an ambulance two seconds after midnight, an hour and 29 minutes after the explosion.

The continuing inquiry into the terror attack heard on Monday that an initial post mortem examination by pathologist Dr Naomi Carter concluded Mr Atkinson had sustained very severe leg injuries resulting in the penetration of metal nuts which severely damaged his body.

She concluded he died 'principally from the effects of blood loss from his leg wounds'.

The post mortem examination also identified Mr Atkinson had 'significant' heart disease and the pathologist said it was reasonable to include this as a 'contributory factor' in the death.

The cause of death was recorded as 'leg injuries' with heart disease noted as 'contributory', although it had not caused the death.

But the inquiry heard a cardiology expert Dr Jonathan Reece, was asked to reconsider whether the heart disease Mr Atkinson had contributed to his death.

In his report dated in August 2020, he concluded it was 'not possible to definitively determine the degree to which ischemic heart disease contributed to the death'.

He went on that the heart disease 'did not cause or contribute to his cardiac arrest' and was 'unlikely to have adversely affected of the outcome of John's resuscitation'.

He said the early application of medical tourniquets to both legs and dressings, an emergency procedure to close the aorta, 'blood product resuscitation' or 'rapid transfer' to hospital for surgery may have saved Mr Atkinson.

Dr Reece concluded: "If it had been possible to extricate him from the scene and deliver him safely to a pre-alerted trauma team with access to extensive blood products before the cardiac arrest ensued, then survival might have been possible."

A panel of 'blast-wave' medical experts with experience in treating battlefield injuries appointed by the inquiry concluded in their report the injuries suffered by Mr Atkinson were 'potentially survivable' although they noted the heart condition reduced the chances of survival.

In a subsequent report, they added he could have potentially survived with early treatment, particularly with the application of tourniquets on both legs. His injuries were 'amenable to treatment outside hospital'

Two senior pathologists who reviewed the evidence for the inquiry concluded Mr Atkinson's heart disease 'played no part in the fatal outcome'.

Earlier, the inquiry heard paramedic Philip Keogh, a former army reservist paramedic who had served in Afghanistan, described how he tended to Mr Atkinson once he had been moved to the casualty clearing station.

He recalled Mr Atkinson looked 'waxy as hell' and his legs 'appeared to be a mess'. The witness said he immediately knew Mr Atkinson was a 'P1' patient, the most serious, without performing any observations.

In a statement to the inquiry, Mr Keogh had said the patient told him his name was John and had said 'don't let me die'.

The paramedic carried out a 'rapid assessment' of the casualty and noted he had 'a very pale colour'.

The paramedic could see blood staining but did not see any hemorrhaging. He recalled trying and failing to find a pulse.

Mr Keogh recalled making 'smalltalk' with the casualty and could see he was alert. "I asked John if he had had a good night and John said it had been a great night, or words to that effect," said Mr Keogh.

The inquiry heard paramedics could barely detect a pulse and suspected he had gone into 'hypovolemic shock'. Mr Atkinson was administered medication to tackle the blood loss.

In her statement, paramedic Laura Worrall recalled Mr Atkinson told her his name and she recalled him asking her if he was going to die.

She noted he had 'obviously lost a lot of blood' and she could not detect a pulse. His heart rate changed rapidly from fast to slow and she knew they had to get him to hospital quickly, she said.

Because of the low blood pressure, she said it was 'impossible' to get a cannula into the casualty to provide him with fluids and drugs.

While he was on a stretcher, Mr Atkinson went into cardiac arrest.

Examination of footage from the scene detected a voice, believed to be Mr Atkinson, saying: "I'm going to die."

Paramedic Michael Ruffles, in his statement to the inquiry, noted Mr Atkinson was conscious but was 'deteriorating and appeared drowsy'.

He said he suspected they were going to need additional assistance to treat him.

The inquiry heard a spinal board was retrieved and finally slid under the casualty at 11.44pm.

Mr Atkinson went into cardiac arrest at 11.47pm, some one hour and 26 minutes post-detonation.

The paramedics then started cardiopulmonary resuscitation (CPR), the inquiry heard.

TravelSafe officer Philip Clegg recalled conversation from those tending to Mr Atkinson 'turned to screams, and then nothing'.

Mr Atkinson was loaded onto an ambulance but it did not leave the area until two seconds after midnight. As he left, he was still in cardiac arrest.

Paramedic Keogh said in a statement to the inquiry: "I felt awful. I had promised the patient he would not die."

The operational commander for North West Ambulance Service (NWAS) Dan Smith told the inquiry he was 'comfortable' with the arrangement that had been put in place to remove people to the casualty clearing station.

One police officer, PC Leon McLaughlin, said he had felt 'frustrated' at what he thought to be the lack of a plan.

When Mr Atkinson had become 'stuck' near the lifts as the makeshift stretcher was too big to fit into it, the PC had sought out Mr Smith.

The PC was captured telling Mr Smith: "Excuse me, I know you are busy. We have got someone stuck on the first ground. Two fractures to his legs. We just can't move him."

The inquiry has heard that Mr Smith suggested to leave the casualty where he was and 'blanket him up'. The officer tried but could not locate any blankets.

Pressed by Sophie Cartwright QC on why he had decided to leave Mr Atkinson where he was, Mr Smith said: "The only conclusion I can give is that at that point I think I was becoming comfortable... a system had been created in terms of moving patients around. If a patient had been stuck they would be stuck between in between the city room or the concourse or the casualty clearing station."

He said he was 'comfortable' the system in place would have been alerted to Mr Atkinson.

He said he did recall being asked by one officer for blankets, although he was not sure this was his interaction with Sgt McLaughlin.

The witness said it was now clear how seriously injured Mr Atkinson was but he said 'they all needed to be moved'.

"The reality is that every patient needed to be dealt with as quickly as we possibly could," said Mr Smith.

Pressed on what had gone wrong, Mr Smith said: "I think all the paramedics and all the emergency responders who went to that scene wanted to do their very best."

He said he was 'truly sorry if any decision I made impacted on his survivability'.

The witness said at the time he thought it was right to move patients as quickly as possible away from the City Room. The system, he said, 'worked fairly well' although he accepted the 'dignity' of casualties being moved on makeshift stretchers 'was not there'.

The witness said they should have had something different to move patients.

Mr Smith said that had he sent paramedics up to help it would not have altered what in the end happened, that Mr Atkinson was taken down the stairs.