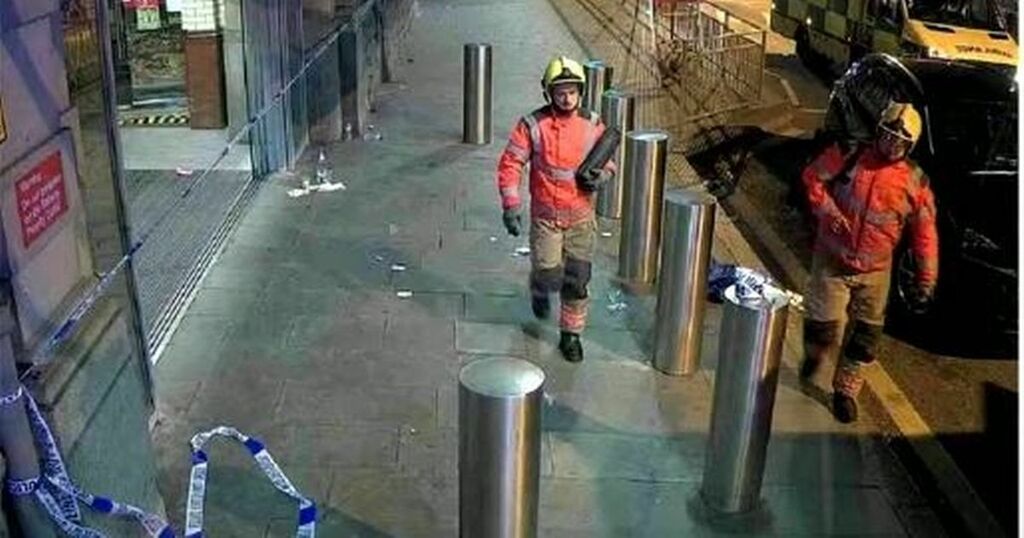 There was an 'inadequacy of response' to the Manchester Arena bombing by Greater Manchester Fire and Rescue Service and its control room, an expert has told the public inquiry into the atrocity.

Matthew Hall, a former senior fire officer appointed by the inquiry to compile an independent report, said no 'incident commander' was in place until 80 minutes after the bomb was detonated.

Mr Hall said fire crews should have been sent to the scene as reports came in not to 'muster' at a station more than three miles away - a decision he concluded as being 'unreasonable'.

And he said GMFRS, in terms of decisions taken on the night, was 'risk averse rather than risk aware'.

The suicide bombing on May 22, 2017, after an Ariana Grande concert claimed 22 lives and left 940 others hurt.

Firefighters, the inquiry has heard, didn't attend for more than two hours.

The inquiry has heard that amid erroneous reports of gunfire and an 'active shooter', Greater Manchester Police's Force Duty Officer (FDO) declared Operation Plato, the tailored response to a marauding terrorist firearms attack, but didn't inform the fire service and ambulance service.

They could not contact the FDO to get more information and fire crews were held back.

Firefighters were initially sent to Philips Park station in east Manchester then back to Manchester Central station at Thompson Street - closer to the Arena - where they waited as ambulance crews using the station as a base went back and forth to the scene to help victims, before eventually deploying.

Police had nominated a rendezvous point (RVP) outside Manchester Cathedral.

But the inquiry heard a control room operator at North West Fire Control (NWFC) was stopped by a manager from mobilising fire crews to the scene as a decision was taken to contact the fire service's duty National Inter-agency Liaison Officer (NILO), Andy Berry.

Mr Berry then couldn't get hold of the FDO and ordered crews to Philips Park.

Asked where Mr Berry should have sent firefighters, Mr Hall said to the police-nominated RVP.

"The overarching principle has to be to save lives and reduce harm," he told the inquiry on Wednesday.

"You cannot do that three miles, two miles away from the incident. So the imperative should always be 'how are we going to get resources to scene?' in my opinion.

"There has to be an in-built delay by being further away from the scene."

The inquiry heard NWFC contacted the NILO because they were unsure which 'action card' they should be following to determine a response.

Sir John Saunders, the chairman of the inquiry, said had Mr Berry got through to the FDO, he could have reported back to NWFC, which could then have mobilised as more information would have been gained.

Sir John said the failure to make contact with the FDO 'allows in some way the whole thing to stall and for effectively the NILO to become the guy who is actually running the incident'.

Mr Hall said: "In effect, Sir, that in my view is what happened, yes."

Sir John said the situation after that 'drifted'.

Mr Hall said he found the decision to halt the mobilisation to the scene by NWFC was an 'unreasonable' one.

"The pre-requisite to a response being effective is to have resources at, or in the vicinity of, the incident," he said. "I don't believe there has ever been a major incident that's been resolved remotely."

He said the decision taken to contact the NILO was 'entirely reasonable', but was critical of that being done as opposed to the mobilisation of crews to the scene.

"The primary response is to get your assets to where they are needed," he told the inquiry.

On risk, Mr Hall said he wasn't implying individuals within GMFRS were afraid to do their jobs.

But he said that at the time Mr Berry couldn't get hold of the police FDO, the 'plan at that point wasn't working'.

"The plan was clearly not achieving its objective and should have been challenged or changed," he said. "If the plan isn't working, review the plan, change the plan."

He went on: "There were opportunities where individuals could have intervened with the plan, could have taken decisions which perhaps could have attracted a little more risk but nonetheless, would have probably, in my view, had a more positive outcome.

"By that I mean reversing the plan, taking decisive actions to relocate resources more quickly and the deployment of the specialists and other assets that were there."

Mr Hall also concluded that communications between NWFC, the fire service and the other emergency services were 'inadequate'.

He said GMFRS, and the fire control room, were 'adequately prepared' for an incident like the Arena, but North West Fire Control should have been involved in multi-agency training exercises before the attack.

Both GMFRS and NWFC have previously issued apologies to inquiry. Andrew Warnock QC, for GMFRS, said the service accepted Mr Hall's conclusion that its response was 'neither adequate or acceptable'.

The inquiry resumes on Thursday.