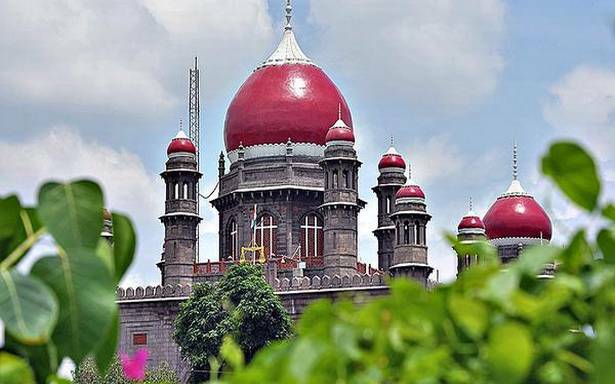 Telangana High Court on Tuesday asked State Pollution Control Board if it was a toothless tiger as it was not cracking whip against pollution of Hussainsagar due to immersion of Ganesh idols made of plaster of paris.

While reserving orders in a contempt of court case relating to immersion of Ganesh idols in Hussainsagar, a bench of Acting Chief Justice M.S. Ramachandra Rao and Justice T. Vinod Kumar sought to know why the PCB was not acting against pollution despite it having powers under different Acts.

“You take action against quarry owners...somehow you are not doing much on pollution of Hussainsagar”, the Acting CJ observed. He wondered what had happened to the powers conferred on PCB under Water and Environment Protection Acts. “Apparently there is no will to do anything...a statute confers power on you and you shirk responsibility,” he remarked.

The bench heard contentions of different parties including the government before reserving orders, making it clear that it wanted short-term solutions to check pollution due to immersion of Ganesh idols in Hussainsagar. The bench noted that everyone was giving suggestions and advice but the government wings concerned were not willing to enforce the law and rules.

Referring to the authorities’ contention that people were encouraged to use idols made of clay instead of those polluting environment, the bench said that “when there is a rule it should be enforced”. “State is empowered to enforce the law. You are not serious about pollution,” the Acting CJ said referring to different government wings concerned.

“Cannot you see the idols made of PoP being transported on the roads?” the Acting CJ said. Earlier, the bench expressed dissatisfaction over GHMC Commissioner filing the counter affidavit in the matter in the last minute.