The ultimate prize for the Prime Minister’s visit to the United States is a White House visit, but Covid protocols could still see it not happen.

To meet American regulations, Jacinda Ardern departs for New York on Monday evening, after officials and the media contingent went ahead on the NZDF plane on Saturday without her.

The US requires people to be 10 days past their positive test result on day of departure – that’s Monday for Ardern and has meant flying commercial at a later date.

Even stricter Covid protocols for entry to the White House have put Ardern’s plans to meet with President Joe Biden in jeopardy too.

The executive director of the New Zealand-United States Council, Jordan Small, said the opportunity would be significant if it goes ahead.

“A White House visit would be the icing on the cake. Those opportunities are rare and the chance to sit down with the leader of the free world is a valuable opportunity for New Zealand,’’ he told Newsroom.

“The White House and getting in front of the President – it’s the opportunity to push New Zealand’s case across a number of areas with the person in charge,’’ Small said.

Even without an official face-to-face meeting, he said the relationship was advancing well.

“It’s at the strongest point it has been for years.

“The ability to get in front of someone and exchange ideas and thoughts and perspectives – you can’t undervalue that,’’ he told Newsroom.

While the timing of the Prime Minister’s trip has been guided by her invitation to speak at the prestigious Harvard University, confirming a meeting with Biden has been an ongoing conversation over the last week as both parties negotiate Covid protocols.

In a Zoom interview from where she is has been isolating at Premier House, Ardern explained that she is the first leader to visit the US who has had Covid so recently.

“The issue we have at play here is simply Covid protocols, it does not diminish our relationships at all.’’ –Jacinda Ardern

That had complicated the Washington leg, “but that’s just part and parcel of the world we live in,’’ Ardern said.

“In these times you roll with the Covid curveballs you’re thrown.’’

She said she took her obligations as leader very seriously and had done what she could to avoid testing positive, “but it’s not always easy when you have a little person in the house’’.

Ardern pushed back on the suggestion that New Zealand would miss its opportunity if her schedule in the US didn’t line up with Biden’s.

“It’s a time where there are a number of competing issues that every leader is currently dealing with.

“Whether it’s the reconnection of our exporters, our business, our tourism markets. Also juggling with that the increasing importance that we engage within our region, alongside the war in Ukraine, all these issues are facing leaders at the same time and we’re all having to make sure we’re meeting those needs.

“The issue we have at play here is simply Covid protocols, it does not diminish our relationships at all.’’

Given the uncertainty of the Biden meeting, Newsroom asked Ardern whether she had considered just flying to Boston for the Harvard speech.

That would allow her to leave the business delegation, trade, and tourism elements of the trip to a time more suitable for the White House, and once she was further down the track from her encounter with Covid.

Ardern said that would suggest the sole purpose of the trip was Harvard.

“I just don’t think we can underestimate the importance of supporting our exporters as they reconnect.

“We can’t underestimate the importance of our tourism operators, and New Zealand represents a very small percentage of countries that are competing right now for tourists, and they’re all seeking to open back up and re-engage at the same time.

US returns to Indo-Pacific

As Ardern prepares to depart for the US, Biden has left home soil to travel to Asia where he is expected to announce the Indo-Pacific Economic Framework (IPEF).

Biden’s visit includes a meeting with The Quad, which is made up of leaders from the US, Japan, India, and Australia.

Ardern has been outspoken about the significance and opportunity the IPEF would create, and it was a top talking point with the leaders of Singapore and Japan when she last month visited Asia on her first overseas visit in more than two years.

While the Indo-Pacific Economic Framework is an opportunity for the US to re-engage in the region, Ardern said it didn’t mean the CPTPP was off the table.

“The IPEF as it has been floated isn’t a traditional trade instrument so there’s still room for us to push on the CPTPP.’’

“Politically I can’t imagine a more important time for political engagement with the US.’’

“The White House and getting in front of the President – it’s the opportunity to push New Zealand’s case across a number of areas with the person in charge.'' - NZUS Council executive director Jordan Small

Ardern says the US re-engagement in the region, under Biden, is what New Zealand and its neighbours have called for.

“With the Pacific we’ve called for a return. The US has been a present force for a number of years but what we’ve seen in recent years was a focus to other domestic matters or other regions – slightly less than ours – so we’ve asked for that return.’’

There is other engagement in the region too, not all of which New Zealand is involved, such as The Quad.

Ardern says she has no issue with new multi-country arrangements being formed in the region.

“Where appropriate New Zealand has engaged so I have no issue where growth has happened with these groups.’’

Trade and tourism on the agenda

While the political arm of the trip is the one taking the longest to get across the line, Ardern says tourism and business is the focus of the trip.

“It’s part of my job to reach into the world and support our exporters and our trade economy.’’

The business council's Small told Newsroom there is no price you can put on the boost of having the Prime Minister alongside businesses trying to enter or increase their presence in an export market.

“There’s big commercial benefits to that and in Asia we saw that – the media profile and opportunity that businesses can get a boost off,’’ he said.

“This is a big market and if you look at our trade with the US – it’s high-growth, it’s innovation, it’s technology and intellectual property.’’

Small said the fact Ardern is taking a business delegation to the US on her second trip out of the country reflects a seriousness about wanting to be in that market.

While in the US Ardern will make stops in New York, Boston, Washington, Seattle, and San Francisco.

She says she will be “unashamedly’’ advertising that New Zealand is open for business, and there aren’t many better opportunities for that than an appearance on The Late Show with Colbert in New York.

Ardern also has scheduled meetings with tech companies to talk about business opportunities, and to check in with the likes of Microsoft to discuss progress on the Christchurch Call. 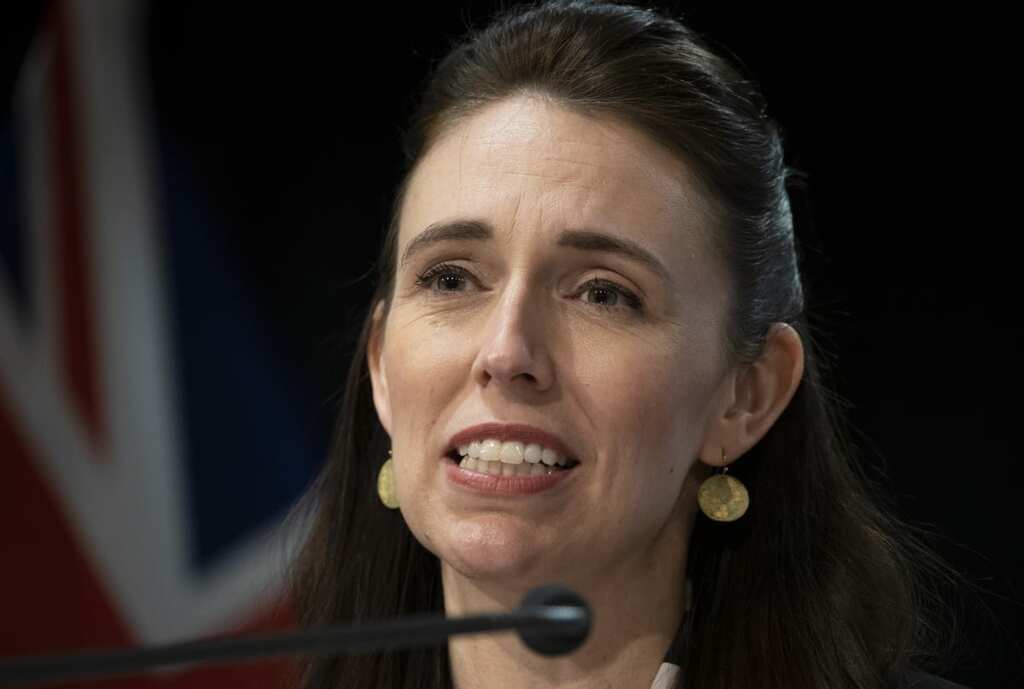 Newsroom.co.nz
One subscription that gives you access to news from hundreds of sites
Ardern to US, but no Biden visit secured

New Zealand PM Jacinda Ardern is making her second overseas trip in a month, heading to the United States with…