Archakas of all hues 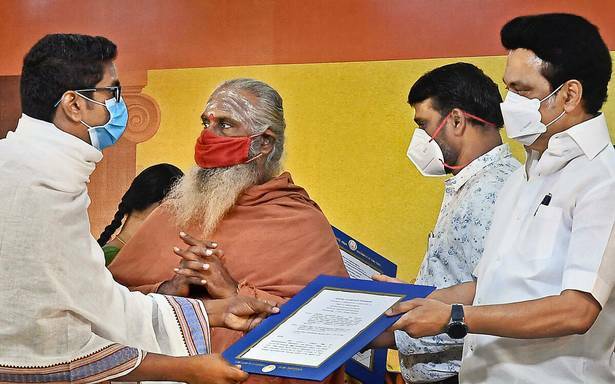 On August 14, 2021, the Tamil Nadu government appointed 24 trained archakas (priests) in temples across the State which come under the control of the Department of Hindu Religious and Charitable Endowments (HR&CE). On the same day, posts for odhuvar, poosari, mahout, garland stringers and an umbrella carrier were also filled. In the weeks since, a series of writ petitions have been filed before the Madras High Court assailing these appointments.

The Tamil Nadu HR&CE Act, 1959, is the governing law on the administration of Hindu temples and religious institutions. In 1971, Section 55 of the HR&CE Act was amended to abolish hereditary priesthood. In 2006, the amendment provided for appointment of sufficiently trained Hindus irrespective of their caste as archakas to Hindu temples by the government. Challenges to both amendments were taken to the Supreme Court, which upheld the law, as amended.

Nevertheless, calls to whittle down the scope and authority of the HR&CE Act have not diminished. In recent years, there has been a campaign seeking to “liberate temples” from the “clutches of government”. Building on this, the BJP’s manifesto for the Tamil Nadu Assembly elections in 2021 even included a proposal to hand over administration of Hindu temples to a “separate board consisting of Hindu scholars and saints”.

The constitutional courts have had plenty of opportunities to consider the various challenges made to the HR&CE Act. In Seshammal v. Union (1972), the Supreme Court observed that the amendment to the HR&CE Act abolishing hereditary priesthood did not mean that the government intended to bring about any “change in the rituals and ceremonies”. Similarly, in Adi Saiva Sivachariyargal v. Govt. of Tamil Nadu (2015), it observed that “the constitutional legitimacy, naturally, must supersede all religious beliefs or practices”. The Court further went on to state that appointments should be tested on a case-by-case basis and any appointment that is not in line with the Agamas will be against the constitutional freedoms enshrined under Articles 25 and 26 of the Constitution.

The Supreme Court has recognised that the arguments using Agamas have been commonly used in petitions filed against any perceived government interference in the matters of temple administration. It has consistently held that any contention of violation of Agamas must be tested on a case-by -case basis. This is to say that no relief can be granted based on a bald averment that an executive decision or order has infringed Agamas or essential religious practices.

Nevertheless, the evolution of rights-based jurisprudence over the last three years is of relevance. In Indian Young Lawyers’ Association v. State of Kerala (the Sabarimala case) and Joseph Shine v. Union of India (2018), the Supreme Court reiterated the need to eliminate “historical discrimination which has pervaded certain identities”’, “systemic discrimination against disadvantaged groups”, and rejected stereotypical notions used to justify such discrimination.

In all these cases, the Court prioritised judicial balancing of various constitutional rights. In the Sabarimala case, it held that “in the constitutional order of priorities, the individual right to the freedom of religion was not intended to prevail over but was subject to the overriding constitutional postulates of equality, liberty and personal freedoms recognised in the other provisions of Part III”. It went on to further clarify that “though our Constitution protects religious freedom and consequent rights and practices essential to religion, this Court will be guided by the pursuit to uphold the values of the Constitution, based in dignity, liberty and equality.”

The constitutional courts will now be called upon to build on the gains of the Sabarimala case when it comes to administration of temples, insofar as it concerns matters that are not essentially religious. While doing so, they would be guided by principles of constitutional morality and substantive equality. The Supreme Court, in Navtej Singh Johar v. Union of India (2018), interpreted Article 15 as being wide, progressive and intersectional. The Court explained the intersectional nature of sex discrimination. Today, while most of the debate is around whether men from all caste groups can become archakas, we have failed to recognise the gender bias inherent in these discussions. Therefore, the present cases before the Madras High Court provide us with the opportunity to ask why women and trans persons should not be appointed as archakas. At once, caste orthodoxy and patriarchy entrenched within the realm of the HR&CE Act can be eliminated and supplanted with a vision of a just, equal and dignified society.