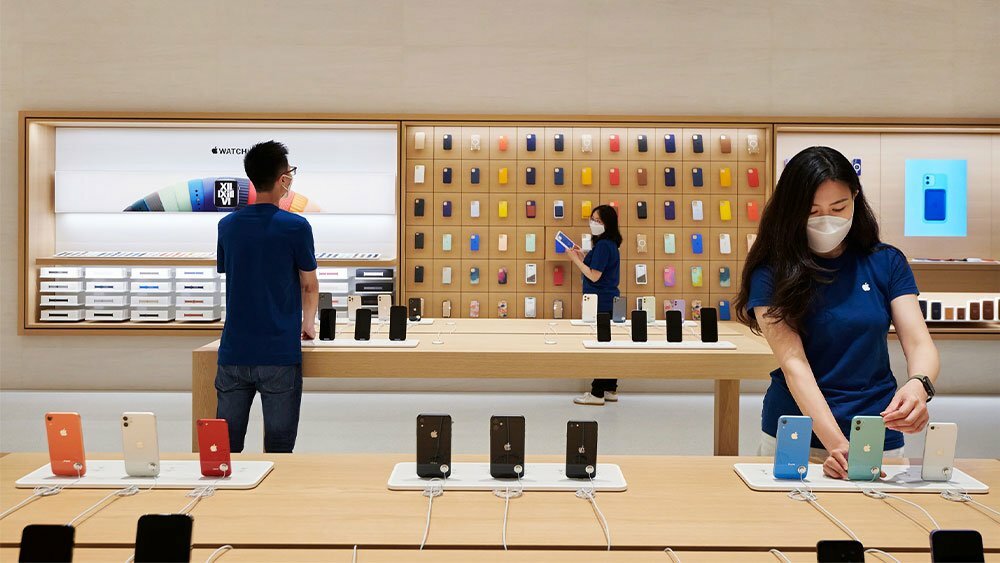 Recent changes to Apple's App Store in response to regulatory and legal pressure will have minimal financial impact on the company, analysts say. Meanwhile, Apple stock appears to have shrugged off the news.

Morgan Stanley analyst Katy Huberty estimates that the App Store changes announced over the last couple of weeks would lower Apple's earnings per share by 1% to 2% in a worst-case scenario.

"We see the recent App Store announcements as having minimal financial impact to Apple," she said in a note to clients Wednesday.

However, Huberty did lower her revenue forecast for the App Store, citing slower near-term engagement. But stronger advertising revenue largely will offset that trend, she said.

Huberty reiterated her overweight, or buy, rating on Apple stock with a price target of 168.

In afternoon trading on the stock market today, Apple stock dipped 1.2%, near 154.85. On Tuesday, Apple stock notched a record high 157.26 after it announced a fall product launch event.

The recent App Store changes include the ability for developers of media-consumption apps to provide a link in their iOS app to alternative payment options. The top 20 of these "reader apps" account for 10% of App Store revenue. They also account for 1% of total company revenue and 2% of earnings per share, Huberty said.

"The financial risk to Apple from these developers circumventing App Store payments is fairly small," she said.

Apple also has proposed giving other developers access to customer email addresses. This would allow developers to inform customers about alternatives to Apple's payment system outside of their apps.

Staying In The Garden

Even if consumers are offered alternate payment methods for digital content, they're likely to stick with Apple's App Store services out of convenience, analysts say.

"Our belief is the vast majority of users will stay within the Apple payment and app ecosystem because it's more secure and easier," Loup Ventures managing partner Gene Munster and analyst David Stokman said in a blog post.