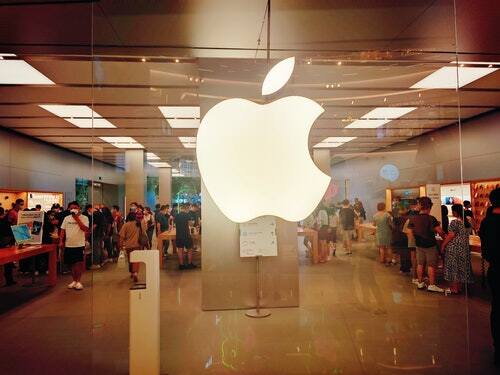 Apple has announced plans to host an event on September 14, where it’s expected to unveil the latest iPhone 13. Normally a joyous day for the company, this year protests will be held the day prior at Apple retail stores across the United States to push back against its introduction of a controversial technology that could identify potential child sexual abuse material stored on users’ iPhones, iPads, and MacBooks.

A new website called nospyphone.com has been launched to coordinate the September 13 effort, where people can find a map of currently planned protests or add one that’s not on the list. The site, headlined, “Tell Apple: No Spyware on my Phone,” says that Apple is “abandoning its commitment to privacy with iOS 15 by creating an unprecedented backdoor that it can use to scan everything on your Apple devices.” The site implores people to email Apple executives demanding they cancel the update altogether.

Apple first announced on August 5 that it would seek to combat child exploitation by hashing photos on a user’s device and then comparing those hashes against the hashes of photos that include imagery of child exploitation. The thinking is that both hashes — essentially ones and zeros created when a photo is sent through an algorithm — should look similar, and Apple could therefore identify potential child exploitation on a user’s phone without actually looking at the photo itself.

But the backlash has been swift, as Apple has always marketed its devices for their strict privacy measures. The company has previously spent on billboards that read, “What happens on your iPhone, stays on your iPhone,” referring to the way that iPhones are encrypted and data cannot be read by Apple.

Apple initially defended its plan, saying that the scanning technology has been misunderstood. No humans are able to look at any images on a person’s phone. But, the technology reviews photos on the device itself, and flagged images can potentially be passed on to law enforcement. Nonetheless, Apple has delayed the rollout of photo scanning while it works to improve its implementation.

The protest website acknowledges the importance of combating child abuse, but says “broad surveillance of peoples’ devices is not the solution. This sort of monitoring is a shocking departure from Apple’s former commitment to privacy and security for its users. Because these scans happen on the devices themselves, they would bypass end-to-end encryption and establish a new precedent for law enforcement to access information on personal devices.”

What has privacy advocates most concerned about the new technology is that it could be repurposed by governments to look for other types of content as easily as changing the parameters of the algorithms to search for anything else. That’s the same reason why Apple pushed back so forcefully when the FBI demanded that the company give it the tools to unlock an iPhone following a mass shooting in San Bernardino, California. Creating such a tool, Apple argued, would require creating a backdoor that could be exploited by less scrupulous countries to spy on citizens and crack down on dissent.

Privacy has become such an integral part of Apple’s marketing strategy for its devices that it’s surprising the company seemed to have been unprepared for the backlash. Smartphones today contain highly sensitive information on a person’s life, information that might previously have been stored on documents within their homes. As such, privacy advocates believe that smartphones should be treated with the same constitutional right to privacy and due process.

This isn’t the first time Apple has been criticized for contradicting its own commitments to privacy. In China, the company hosts iCloud data locally and doesn’t use on-device encryption but rather a single set of encryption keys are stored in the data centers and can decrypt any user data from citizens’ devices.