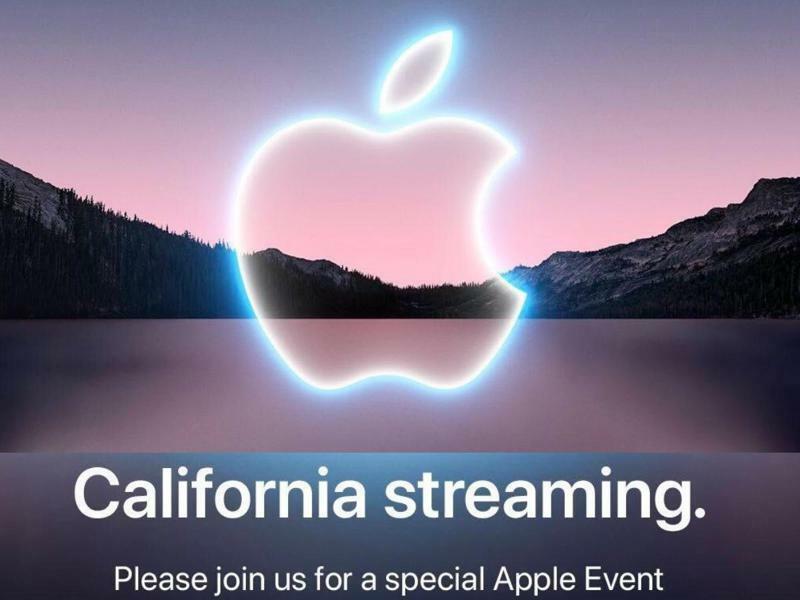 Few surprises were unveiled at Apple’s “California Streaming” event earlier today. The vaunted Apple rumor mill — an industry in itself — was (more or less) spot on with much of what was formally announced. From a new iPhone 13 lineup of smartphones, Apple Watches with a larger display, and even new iPads, the word “refresh” is undoubtedly apt.

While the overall announcement measured somewhere in the 4.5 range from a “new technology Richter scale” standpoint, there were some notable announcements. While it always challenging summarizing everything that was announced at an Apple launch event, let’s recap the three biggest takeaways in my view, specifically in the device area.

The new iPhone 13 Pro and iPhone Pro Max look exceedingly similar to their prior models from an overall design standpoint. But the considerable enhancement — and it’s not trivial from a visual perspective — these new iPhone Pro models support Apple’s ProMotion adapter refresh rate capability that can reach 120Hz. Faster display refresh rates enable a more responsive interaction experience with the smartphone.

These new iPhone Pro models also sport a new camera system that continues to enhance Apple’s commitment to the concept of “computational photography.” For years, Apple’s goal has been to position the iPhone Pro brand as a replacement for conventional DSLR cameras. Aided by Apple’s new 5-core GPU on its A15 bionic processor and optimized by its forthcoming iOS 15 operating system, the new iPhone Pro 13 has a Super Retina XDR display that can refresh from 10 to 120 times per second. Particularly valuable to users is that the smartphone’s more robust graphics performance intelligently throttles up and down to save power, preserving battery life.

Incredibly, the new iPhone Pro 13 is now available with 1TB of storage (a shocking amount of local storage for a smartphone), but something that is almost a necessity for high-resolution photography and videos (particularly enormous 8K ProRes files).

Unlike the more mainstream iPhone 13 models, the enhanced video display capabilities will come in handy for many users searching for the most robust viewing experience. Parks Associates consumer survey data indicates that mobile viewing now accounts for over 40% of all online video consumption hours among Gen Z heads (born between 1997 and 2012) of U.S. broadband households, exceeding connected TVs and PCs.

Interesting, it would be a mistake to believe that these new smartphones might only be of interest to younger generation users. Recent Parks Associates survey data indicates that 73% of consumers with broadband aged 65 or older have a smartphone, debunking the myth that older users are not embracing smartphone technology.

#2: Apple Watch Series 7 will enhance the appeal of smartwatches in the independent living space

With today’s announcement, Apple continues to double down on its commitment to the smartwatch category, a market the company dominates from a share and awareness standpoint. While the health benefits of the Apple Watch brand are appealing to users of all ages, cellular connectivity and fall detection, have become remarkably appealing features to caregivers and family members interested in remote monitoring of loved ones.

The new Apple Series 7 Watch now offers a wholly re-engineered “always-on” Retina display that reduces the device's borders by 40%, allowing nearly 20% more available screen area than the prior Series 6 model. The larger and visually sharper display will be of considerable appeal to elderly users who might have trepidation of using a smartwatch due to the small screen size. The new Apple Watch Series also offers 33% faster charging via a USB-C cable. A chief complaint with older Apple Watch models, the new Series 7 can go from 0 to an 80% charge in just 45 minutes (in fact, just 8 minutes of charging can provide 8 hours of sleep tracking).

The larger display has other advantages as well, especially for older users. The core apps on the Apple Watch (like Calculator, Stopwatch, and Timer) have been redesigned with larger buttons to take advantage of the larger display. A new QWERTY keyboard lets you tap or slide from letter to letter with QuickPath, an Apple innovation that uses machine learning to predict the word a user is typing. Finally, the larger display augments the Apple Watch’s Scribble function, which allows the user to write letters on the screen and compose a text or email.

Again, to drive home the point, recent Parks Associates survey data underscores the appeal of the smartwatch in the connected health care space. Parks Associates' research finds that 73% of current caregivers indicate likelihood to buy an independent living solution for their loved ones. Among those intended buyers, 28% show a preference for a smartwatch for this functionality, ahead of PERS (Personal Emergency Response System) devices, professionally installed home sensor systems, and smart speaker/displays.

#3: The new iPad mini is no longer the “runt” in Apple’s tablet family

A popular form factor with older users due to its smaller size, Apple used the “California Streaming” event to reposition the iPad mini as a worthy performance sibling to the larger iPad Pro.

Equipped with a new all-screen edge-to-edge display design that evokes the rounded corners of the larger iPad Pro models, the new iPad Mini incorporates the powerful A15 Bionic chip and even high-speed 5G cellular connectivity on select models. The A15 bionic chip delivers up to 40 percent faster CPU performance, with the Apple Neural Engine facilitating up to 2X more rapid machine learning.

Apple has had a difficult couple of weeks before this announcement, ranging from the company’s recent backpedaling on its strategy to combat CSAM (Child Sexual Abuse Material), dealing with a homeless encampment on an Apple property in the San Jose area, and privacy protests at Apple Stores over privacy concerns. Putting those issues aside, Apple’s update to its iPhone, Watch, and iPad lineups won’t send seismic waves through the technology industry. But these new announcements will continue to enhance Apple’s brand appeal with its legacy (and fiercely loyal) customer base, as well as to extend their leadership in the smartwatch space, particularly among the elderly.