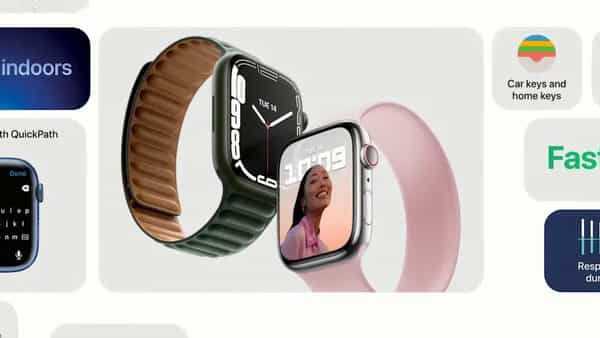 Also read: Apple’s new iPhones may be the weakest upgrade ever

The new Apple Watch Series 7 supports faster charging. It can provide around 8 hours of sleep tracking in 8 minutes of charge.

The Apple Watch Series 7 buttons have been bigger to make it easier to operate.  It comes with IP6X resistance and is also swim-proof.

Similar to the iPhone 13 series The new Apple Watch Series 7 is powered by the S7 chipset.

Also read: Apple iPhone 13 launched: From price to features, all you need to know

Apple claims the new Watch Series 7 comes with crack-resistant glass which is its strongest crystal ever. The front crystal is 50% thicker than the previous version.