Apple iPhone 13 launched: From price and design to features, all you need to know 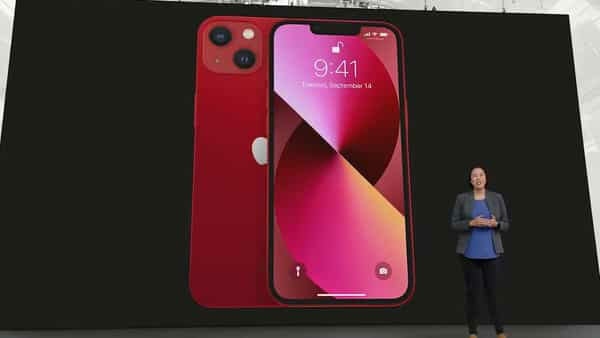 Apple iPhone 13 series is finally out in the open and the company has revealed the new flagship devices with some incremental updates. Overall, the company has retained the design elements with slight changes in the camera module setup.

iPhone 13 has been launched in three variants starting from a 128GB variant which is priced at $799. The company will be selling it in 256GB and 512GB variants as well.

The Apple iPhone 13 and iPhone 13 mini have been launched in five colours including a new pink colour.

The iPhone 13 and iPhone 13 mini are powered by the latest generation A15 Bionic. The chipset remains consistent among all the devices launched at the 2021 event.

iPhone 13 cameras come with larger sensors for better night-time photography. This iPhone 13 also gets a new Cinematic mode for video.  In the Cinematic mode, the user can shoot in Dolby Vision. The camera can capture video at up to 4K 60 FPS.

The primary lens is a new 12MP lens with larger pixels. It also gets a 12MP ultra-wide angle lens.

Apple will be retaining MagSafe charging that was re-introduced last year. The company claims the new iPhone 13 can provide up to 2.5 hours of additional battery life, compared to the iPhone 12.