Apple fired a senior engineer after she raised concerns over harassment 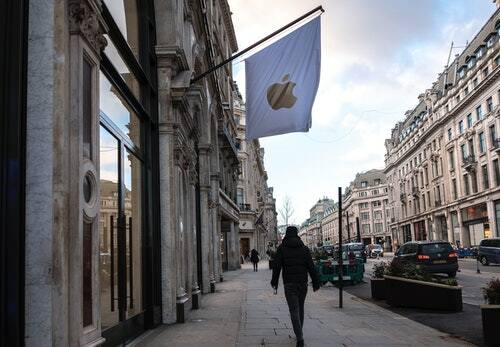 Ashley Gjøvik, a senior engineering program manager at Apple, has been publicly tweeting allegations of harassment and surveillance at the company for months. Now Apple has fired her for supposedly “leaking” insider information.

Gjøvik told The Verge that she faced retaliation and intimidation from Apple almost immediately after making her struggle known to the public. “I’m disappointed that a company I have loved since I was a little girl would treat their employees this way,” she said.

Her public-facing journey began in March of this year after she raised concerns over her office being built on a historical waste contamination site. Just a week later she began receiving intimidating messages from her managers. That problem escalated into a mess of harassment and privacy concerns.

Now Apple has officially cut all ties with Gjøvik. The company says it’s because her public tweets about the ongoing investigations amounted to leaking company secrets.

In a webpage dedicated to her timeline of events since March of this year, Gjøvik calls her story a “whistleblowing saga.” And a saga it truly is.

The long and the short of Gjøvik’s story is that she has, for the better part of 2021, been raising concerns about sexism, a hostile work environment, sexual harassment, unsafe working conditions, and retaliation. She brought these concerns to Apple and also tweeted about them to a public audience.

Rather than fully confront the issues Gjøvik raised, Apple offered her therapy and medical leave. She pushed back, looking for more accountability from the company, and was instead put on administrative leave in August.

Ousted for speaking up —

Yesterday, a member of Apple’s employee relations team reached out to ask Gjøvik for a meeting as soon as possible. Gjøvik asked for the meeting to be kept as a written record, so it could be forwarded to the National Labor Relations Board, where she opened an investigation earlier this year. Apple took this as her refusal to meet with them and said that, given the “seriousness of these allegations,” her access to Apple systems would be terminated immediately.

In explaining her firing, Apple claims Gjøvik leaked “confidential product-related information.” It’s unclear what information Apple is referring to. In a statement to The Verge, Apple said it does not discuss “specific employee matters.” Gjøvik is far from the first Apple employee to make public their concerns over workplace conditions. We’re betting she won’t be the last, either.