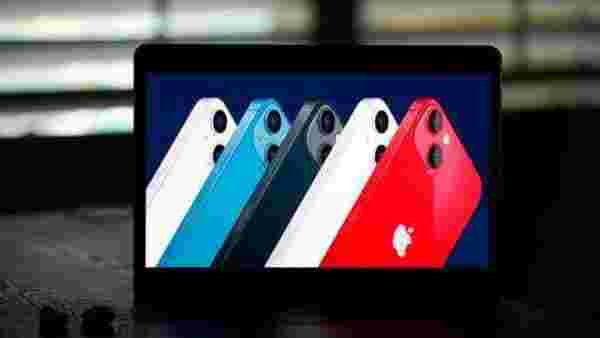 After weeks of turbulent headlines, Tim Cook took the virtual stage in an attempt to return attention to the key driver of Apple Inc.’s success: the iPhone.

The Cupertino, Calif., tech giant revealed the iPhone 13 and a smartwatch with a new look during its annual September event, which the company streamed live on its website rather than holding in person because of Covid-19 precautions.

The event caps a year in which Apple has seen record profit, largely thanks to last fall’s iPhone 12, while battling opponents unhappy at the power it holds over third-party software on its mobile devices.

The iPhone 13 looks similar to the previous model, and a key challenge for Mr. Cook, Apple’s chief executive, is to avoid the kinds of sale drop-offs that have greeted other off-year iPhones following big hits. Some investors are worried the company’s stock is overvalued and that the newer phones with less dramatic changes—compared with last year’s highly anticipated debut—won’t fuel the same level of growth.

The company said the regular version of its iPhone 13 will get 2.5 hours more battery life compared with the previous model. New features include a “cinematic mode" that allows users to capture movie-style video with their iPhone cameras.

Analysts surveyed by FactSet on average expect unit sales to fall off slightly in the next fiscal year beginning in October, while revenue is set to grow slightly—generating optimism among some that the second year of Apple offering 5G has legs. Apple said it is expanding its 5G phones to 60 countries.

Wringing more money out of each sale will be important for Apple if analysts are correct and unit sales fall during the next year. While the tech giant hasn’t seen the incredible growth rates of iPhone devices in recent years, Mr. Cook has been able to fuel revenue growth with more expensive phones.

One factor benefiting Apple in the past year—and helping to boost the appeal of pricier phones to some consumers—is cellular carriers’ battles for customers for their new 5G services. They have flooded the market with incentives making phones seemingly more affordable to many buyers.

Meanwhile, Apple in the past year has seen the average selling price of its phones rise 12% to $829 this fiscal year, according to analyst estimates.

Instead, the judge cited the value of Apple’s ecosystem to consumers, while finding that its rules prohibiting developers from steering users to alternative payment methods outside their apps went against California law and ordered it stopped. Epic is appealing, and Apple has said it is reviewing the verdict.

Before the ruling, Apple had been making concessions on the so-called anti-steering provision as it worked to settle a class-action lawsuit brought by smaller developers and an investigation by Japanese authorities.

Mr. Cook wasn’t expected to comment during Tuesday’s event on news surrounding the company. Instead, he and his executives are likely to discuss the features of the new iPhone and other new offerings.

The new iPhone isn’t expected to offer dramatic changes compared with last year’s highly anticipated debut of phones, which can use ultrafast 5G cellular connections. The company is expected to keep the small, medium and large sizes while offering improvements to cameras and batteries, a person familiar with the matter said. Apple is also expected to reveal its newest smartwatch.

The company is on pace to finish its fiscal year this month having sold a record number of iPhones. Analysts surveyed by FactSet on average predict Apple shipped 239 million devices, which would beat the previous record of 231 million in fiscal 2015 when the first large-screen version fueled growth.

Apple no longer discloses unit sales but has said device revenue rose 38% in the first three quarters of the year compared with the previous year. Analysts predict iPhone sales will finish the year 41% higher, at a record $194 billion.

It is unlikely that Apple can maintain that growth next year, analysts say. In July, the company raised concerns about the industry’s microprocessor shortage hindering iPhones. Sales also typically fall in the year following the first 12 months of major introductions, such as the iPhone 12. For example, after posting its previous best year for iPhone revenue in fiscal 2018—thanks to the debut of the iPhone X, with a facial-recognition unlocking feature and a new look—device sales fell in the following two years.

“On many levels, the iPhone 12 cycle looks similar to the iPhone 6 cycle and iPhone 10 cycles," Toni Sacconaghi, an analyst for Sanford C. Bernstein, said this summer in a research note. He pointed out that Apple’s stock did poorly after each cycle, falling 32% and 39% from peak to trough following the iPhone 6 and iPhone X, respectively.

When asked about a potential drop-off in iPhone sales, Mr. Cook told analysts in July, “We’re in the very early innings of 5G. If you look at 5G penetration around the world, there’s only a couple of countries that are in the double-digits yet. And so that’s an amazing thing nine months or so into this."

Apple shares tend to reflect excitement about the iPhone. In the months ahead of the latest phone’s launch in 2020, the stock doubled. So far in 2021, shares have risen nearly 13%.

Before getting to the iPhones, Apple updated its lower-end iPad tablets, including a new iPad and iPad Mini, which will be priced at $329 and $499, respectively. The company also revealed its latest version of its smartwatch, the Watch Series 7, which debuts a larger screen with softer corners. The Series 7 will begin at $399 and be available later this fall.

Analysts surveyed by FactSet on average expect Apple’s wearables and accessories category to grow to $38.7 billion this fiscal year, compared with $10 billion in 2015 when the Watch made its debut.