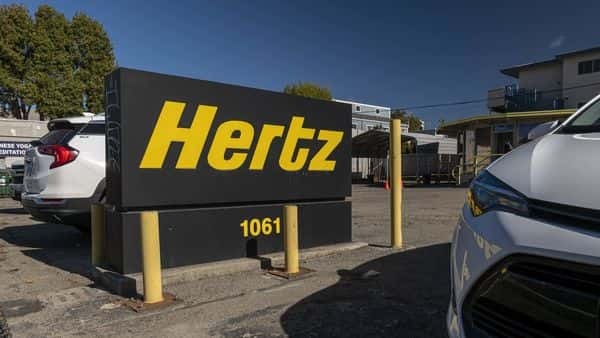 Apollo Global Management Inc. is poised to mint a big return on a less-than-five-month investment in Hertz Global Holdings Inc.’s turnaround after the rental-car company said it would incur new debt to redeem preferred shares issued when it exited chapter 11.

Hertz said Wednesday it would issue $1.5 billion in new bonds to redeem preferred stock that Apollo issued to help lift Hertz out of bankruptcy this summer. The company will pay a 25% premium for early redemption of the preferred shares, along with consent and amendment fees totaling 2.5% of the face value of Apollo’s $1.5 billion investment, according to securities filings.

All in, Apollo can expect a 70% annual rate of return on its investment in Hertz, based on the redemption premiums and the short duration of the investment, the company’s bondholders said in a bankruptcy-court hearing last week. Hertz had said earlier this month, when it announced plans to list its common stock on the Nasdaq, that it would redeem the preferred shares. Apollo declined to comment.

Hertz will fund the preferred-stock redemption by issuing two bonds that will mature in 2026 and 2029, the company said Wednesday. The bonds are likely to price with a blended all-in coupon in the 5% range, although that number could fluctuate based on market demand, according to market participants following the matter.

Even after selling the preferred shares, Apollo will remain a significant stakeholder in Hertz, with continued holdings of the company’s term loan and securitized auto debt, the participants said. Apollo invested alongside Knighthead Capital Management LLC and Certares Management LLC in a restructuring deal that ended Hertz’s bankruptcy, covered its debts in full and left stockholders firmly in the money.

Hertz has also signalled it may plan to repurchase more shares of its common stock as well. The company said it may repurchase up to $500 million of common stock through November 2022 and repurchased $300 million of its shares in connection with its listing on the Nasdaq, but hasn’t provided any specifics if it plans any further buybacks.

Since making a debut on the Nasdaq, Hertz’s common shares have fallen from around $28 a share to lows around $22 a share on Tuesday. The common shares closed at $23.03 Wednesday.