Apex Legends Mobile review – ‘Mobile Apex, but at what cost?’

Apex Legends quickly became one of the most popular battle royale games in the world, with Respawn fans eager to play absolutely anything that included even a shred of what made Titanfall 2 one of the best FPS campaigns ever made. Since launch it has gone from strength to strength, welcoming millions of players across all major game consoles, PC, and now, mobile devices. Apex Legends Mobile has been speculated on at length, but it wasn’t until a recent soft launch that we all got to see what it might look like. Now, Apex Legends Mobile is finally dropping worldwide, and we’ve been playing the global launch version to see what’s new.

Surprisingly, the answer is: not much. And that’s a good thing. Apex Legends Mobile does not share an ecosystem with its console and PC counterpart in the same way that Fortnite does – instead you can think of it as a handheld companion, closer to what COD Mobile is to Call of Duty: Warzone. What we have here is a replication of the big-budget experience, but one that has been modified in dozens of tiny ways to make it work on mobile, similar to what we were told about Rainbow Six Mobile in our recent interview.

But there are new additions. The weapons, hop-ups, and maps will all be very familiar for experienced Apex Legends players, but one character is all-new. Fade is a brand new Legend, currently completely absent from the PC and console version of the game, with no clear roadmap for his release. Fade is the first mobile-exclusive Legend, but not necessarily the last. He has a Tactical Ability which is reminiscent of Tracer’s rewind from Overwatch, in addition to faster slides and an Ultimate Ability that is essentially a stun grenade.

The maps are almost exactly as you remember them, just with a few details toned down or removed. Building and object placements will be very familiar, but the most experienced Apex players will also be able to recognize the minute changes that have been made to each of the available maps. And it really is those smaller details that are missing, as even with higher graphics settings you’ll still regularly find yourself looking at flat-textured surfaces instead of the rolling fields of grass you’re used to seeing. Functionally it’s all the same, but aesthetically, it’s just not.

When it comes to functions, it’s the perspective and controls that have had the biggest changes made to them. For one, you can now optionally start matches in third-person mode, and these matches will allow you to flick between the two perspectives at will. Of course, third-person mode gives you the advantage of being able to see around corners without poking your head out, and as such if you start a game in first-person mode, you will not be able to swap back during the game. A third-person perspective was tested in the main game as a limited-time mode, but hasn’t returned to the rotation in some time, so it’s nice to see it found a home here.

Controls will be the biggest sticking point for players that aren’t already in the mobile shooter ecosystem. There isn’t a legitimate option for traditional controllers here, and while plenty of concessions have been made for a control scheme with a minimum required number of total inputs, things still won’t feel right for pretty much anyone who has their shooter muscle memory tied to either a controller or a mouse. Auto-aim is strong, which helps, and automatic functions, such as looting and opening doors, are a great feature to make things easier when running from foes, but not much helps the fact that having an open loot window makes it borderline impossible to effectively turn and look around. The time it takes to close that loot window might be just as long as it takes to get killed, frankly, and if you can’t see where the bullets are coming from, that’s not good.

Taking cues from other mobile shooters, Apex Legends Mobile gives you the option of swapping the audio to mono and having an on-screen sound compass, highlighting which direction the sounds you hear are actually coming from. This really can be a saving grace when in a tough situation, as it gives you the time to prepare for an approaching opponent, instead of being caught with your pants down. Well, that is the case when opponents aren’t either lying in wait or crouching to approach you, of course.

But wait, there’s more! In addition to the main battle royale mode and the now-established Arena mode, there’s also a traditional Team Deathmatch option, something hardcore Apex players have been asking for. This is a nice mode to practice characters and weapons, and makes Apex Legends Mobile even more accessible if you’re playing a mobile shooter for the first time.

So, is Apex Legends Mobile worth playing? If you really want that bite-sized piece of Apex gameplay when out and about, then yeah, sure. It’s free and you don’t lose out on anything by giving it a try. But experienced Apex Legends players likely won’t be able to reconcile with the concessions made for mobile, regardless of how minor they might seem on the surface. An interesting companion piece for the main game, but certainly not a replacement for anyone. 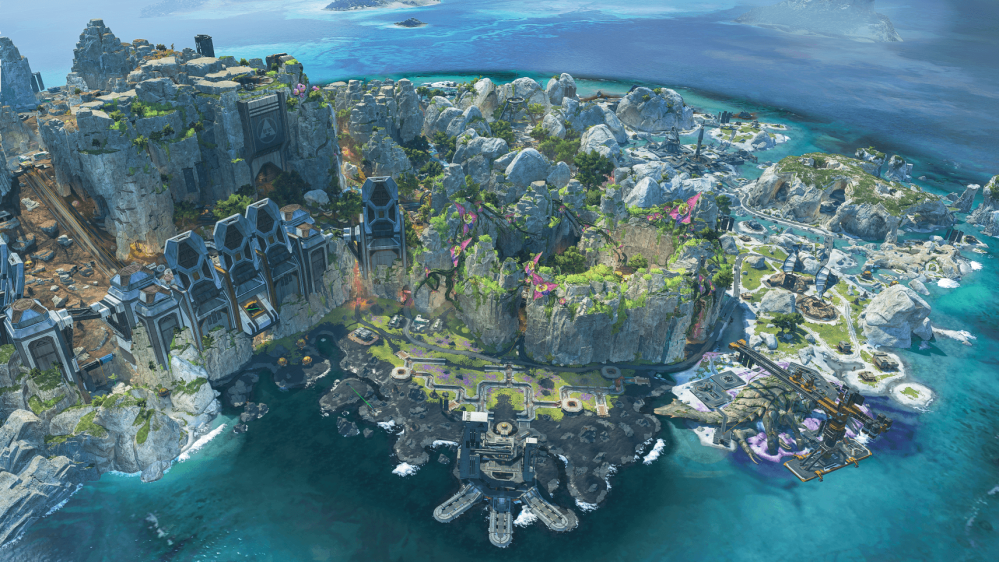 USA Today Sports Media Group
From analysis to the latest developments in health, read the most diverse news in one place.
'Apex Legends Mobile' launch time, platforms, and pre-registration details

Curious about when you can start playing 'Apex Legends Mobile?' Here's everything you need to know about its launch time,…

If you're new to mobile shooters or Apex Legends, then these are the tips you need to get you into…