FEDERAL PRISONS — The director of the federal Bureau of Prisons and a task force of senior agency officials traveled recently to a federal women’s prison in California, under pressure to end a culture of sexual abuse there. What they found was a prison in deep despair. By Michael R. Sisak and Michael Balsamo. SENT: 2,570 words, photos. An abridged version of 1,030 words is also available. With FEDERAL PRISONS-INVESTIGATION — An ongoing AP investigation has uncovered deep flaws within the Bureau of Prisons.

RUSSIA-UKRAINE-WAR — Ukrainian forces said they repelled Russian attacks in the east and recaptured some territory, even as Moscow moved to obstruct the flow of Western weapons to Ukraine by bombarding rail stations and other supply-line targets across the country. Heavy fighting also raged at the Azovstal steel mill in Mariupol that represented the last stronghold of Ukrainian resistance in the ruined southern port city, the Ukrainian military reported. By Jon Gambrell and Cara Anna. SENT: 1,190 words, photos, videos. With RUSSIA-UKRAINE-WAR-THE LATEST.

RUSSIA-UKRAINE WAR-ENERGY CONUNDRUM — Russia and Europe are dependent on each other on energy, with Moscow’s oil and natural gas exempt from European Union sanctions because of it. But energy is also where Russia gets the money to fund its war in Ukraine, raising the question of whether people are willing to sacrifice to stop the bloodshed. From everyday people to businesses that rely on Russian energy supplies, some are saying they are not willing to endure the pain of a recession that would likely follow from an energy embargo. Others say they want to stop Putin at any price. By Colleen Barry, Veselin Toshkov and Justin Spike. SENT: 1,470 words, photos. For full coverage.

SUPREME COURT-ABORTION-MEDICATION — More than half of abortions in America are now carried out by taking a pill, rather than undergoing surgery — a trend that would seem to offer hope to women in states where abortion would immediately become illegal if the U.S. Supreme Court overturns its landmark Roe v. Wade decision. But Republican-led states have been moving for months to erect barriers to women receiving such pills by mail or to prohibit it altogether. By Stephen Groves. SENT: 760 words, photos. Also see MORE ON ABORTION RIGHTS below.

FEDERAL RESERVE-GLOBAL IMPACT — When the Federal Reserve raises interest rates, as it did Wednesday, the impact isn’t confined to U.S. homebuyers paying more for mortgages or Main Street business owners facing costlier bank loans. The fallout can be felt beyond America’s borders, hitting shopkeepers in Sri Lanka, farmers in Mozambique and families in poorer countries around the world. By Economics Writer Paul Wiseman. SENT: 1,060 words, photos.

ELECTION 2022-HOUSE-WEST VIRGINIA — A GOP House race between incumbents in West Virginia pits a Donald Trump-endorsed congressman against one who voted with the Democrats for infrastructure funding. By Leah Willingham. SENT: 1,280 words, photo. Also see MORE ON ELECTION 2022 below.

RUSSIA-UKRAINE WAR-SOLDIERS’ FATE — With the evacuation of some civilians from a sprawling steel mill besieged by Russian forces in the port of Mariupol, attention is turning to the fate of hundreds of Ukrainian troops still inside after weeks in the plant’s warren of underground tunnels and bunkers. SENT: 1,000 words, photos.

RUSSIA-VICTORY DAY-EXPLAINER — The invasion of Ukraine means that fewer Russian tanks and other military hardware will rumble through Moscow’s Red Square, when the country marks its victory over Nazi Germany in World War II. The patriotic fervor associated with the sacred holiday, however, could be as strong as ever. SENT: 940 words, photos.

OPEC-OIL PRICES — OPEC and allied oil-producing countries including Russia are juggling conflicting forces as they decide how much crude should flow to volatile global markets. UPCOMING: 510 words, photo, by 4:30 a.m.

SUPREME COURT-ABORTION-OTHER RIGHTS — If the Supreme Court follows through on a draft opinion overturning Roe v. Wade, the aftershocks could go even further than the removal of the national right to abortion. SENT: 1,100 words, photos.

SUPREME COURT-ABORTION-INVESTIGATION — Chief Justice John Roberts, in ordering an investigation into an “egregious breach of trust” in the leak of a Supreme Court draft opinion on abortion, has tasked a relatively unknown court official to carry out a high-profile investigation. SENT: 1,310 words, photos.

CAPITOL RIOT-INVESTIGATION — Donald Trump Jr., the oldest son of the former U.S. president, has met with the congressional committee investigating the Jan. 6, 2021, insurrection at the U.S. Capitol, according to two people familiar with the matter. SENT: 460 words, photo.

NEW ZEALAND-COW DISEASE — New Zealand is on the verge of eradicating a painful disease from its herd of 10 million cattle after a four-year campaign that has cost hundreds of millions of dollars and resulted in more than 175,000 cows being killed. SENT: 580 words, photos.

BRITAIN-INTEREST RATES — The Bank of England is expected to raise its key interest rate for the fourth time since December, in the central bank's latest move to rein in prices that are rising at their fastest pace in decades. UPCOMING: 330 words, photos by 4:30 a.m.

UNEMPLOYMENT BENEFITS — The Labor Department reports on the number of people who applied for unemployment benefits last week. By Business Writer Matt Ott. UPCOMING: 130 words after release of report at 8:30 a.m., photo.

WELLS FARGO CHAMPIONSHIP-HOMA — If PGA Tour player Max Homa still had a podcast, he would tell his listeners that everything is fine, thanks for asking. By Sports Writer Ben Nuckols. SENT: 590 words, photos. 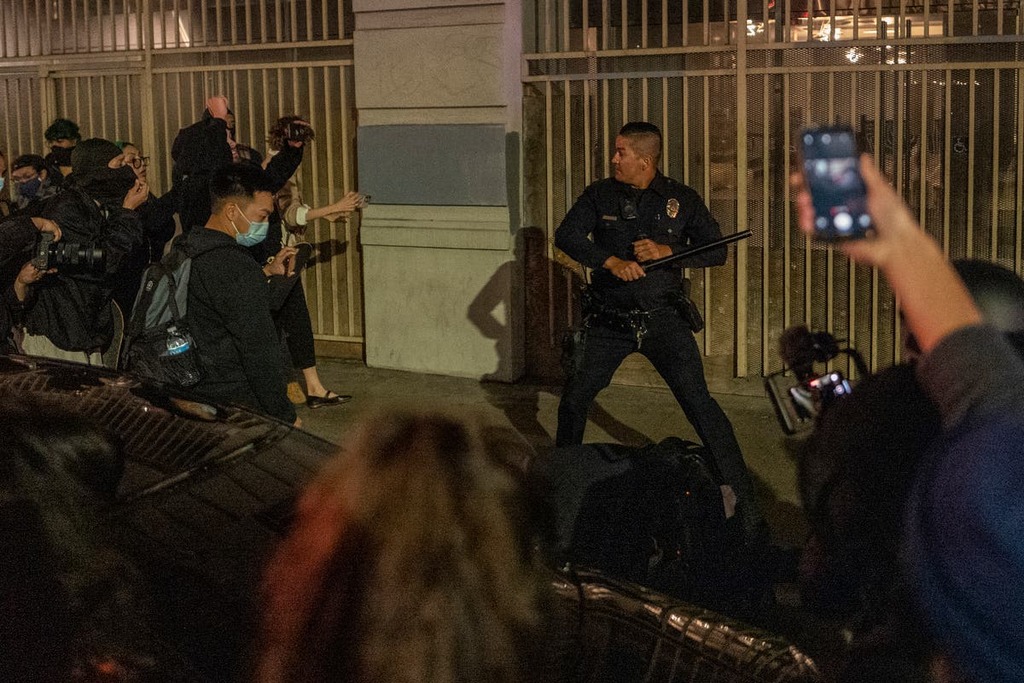 The Independent UK
One subscription that gives you access to news from hundreds of sites
AP News Digest 3:20 am