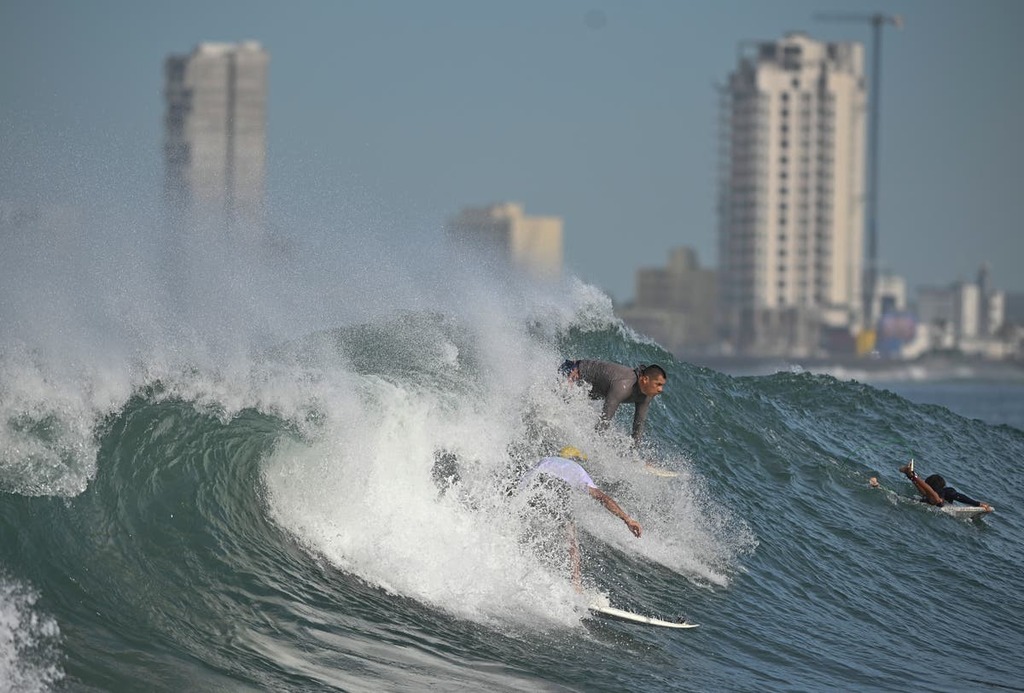 THE AP INTERVIEW-MCAULIFFE —Terry McAuliffe, the Democrat in the Virginia governor race, calls on Washington officials in both parties — including President Joe Biden — to “get their act together,” pushing Senate Democrats to scrap the filibuster if needed to enact the party’s priorities on infrastructure spending and voting rights. By National Politics Writer Steve Peoples. SENT: 520 words, photos, video.

THE AP INTERVIEW-JAMES SHAW — The coronavirus pandemic has shown that humans are very good at responding to an immediate crisis, says New Zealand’s Climate Change Minister James Shaw But when it comes to dealing with a slower-moving threat like climate change, he says, we’re “terribly bad.” By Nick Perry. SENT: 750 words, photos.

VIRUS OUTBREAK-US BORDERS — The Biden administration says the United States will reopen its land borders to nonessential travel next month, ending a 19-month freeze due to the COVID-19 pandemic. All international visitors will need to be vaccinated against the coronavirus. By Zeke Miller. SENT: 640 words, photos.

CONGRESS-DEBT — Members of the House push through a short-term increase to the nation’s debt limit, ensuring the federal government can continue fully paying its bills into December and temporarily averting an unprecedented default that would have decimated the economy. By Kevin Freking. SENT: 1,050 words, photos. With CONGRESS-BUDGET — “Difficult decisions" as Biden, Democrats shrink plan to $2 trillion.

SHATNER-SPACE-LAUNCH — Captain Kirk is rocketing into space. “Star Trek” actor William Shatner will join Blue Origin's second crew flight with three others from West Texas. At age 90, he will become the oldest person in space. His up-and-down space hop will last just 10 minutes and reach no higher than about 66 miles. By Marcia Dunn and Rick Taber. SENT: 340 words, photos. UPCOMING: Flight scheduled for 10 a.m.

LIBYA-MIGRANTS-FOR-RANSOM — Migrants rescued from the Mediterranean Sea have told The Associated Press they were tortured and their families extorted for ransoms while they were held in Libya’s government detention centers. Their accounts come as a United Nations report last week found evidence of possible crimes against humanity committed against migrants intercepted at sea and turned over to Libya. By Sam Magdy. SENT: 1,650 words, photos. An abridged version of 970 words is also available.

ZIMBABWE-VACCINES AND CHURCHES — To combat the vaccine hesitancy found within some church groups in Zimbabwe, authorities have formed teams of campaigners who are also churchgoers to dispel misconceptions about the vaccines. By Farai Mutsaka. UPCOMING: 900 words by 5 a.m., photo.

SOUTH-KOREA-SQUID-GAME — “Squid Game,” a brutal Netflix survival drama about desperate adults competing in deadly children’s games for a chance to escape severe debt hit a little too close to home for some South Koreans. By Kim Tong-Hyung. SENT: 960 words, photos.

VIRUS OUTBREAK-BOEING-VACCINES — The Boeing Co. has told employees they must be vaccinated against COVID-19 or possibly be fired. SENT: 270 words, photo.

EXPLAINER-SOCIAL SECURITY-COST OF LIVING — Rising inflation is expected to lead to a sizable increase in Social Security’s annual cost-of-living adjustment, or COLA, for 2022. SENT: 800 words, photos.

CALIFORNIA-WILDFIRES — A major Southern California highway remained closed and evacuation orders were in place from a growing blaze driven by intense winds that raised the risk of wildfires in much of the state. SENT: 530 words, photos.

SOUTHERN CALIFORNIA-PLANE CRASH — A recording shows that the pilot of a twin-engine plane was repeatedly warned to fly straight and to climb before he crashed into a San Diego suburb, killing himself and someone on the ground. SENT: 870 words, photos, video.

DUBAI-EXPO 2020-A DIVISIVE DAVID — One of the most talked about attractions at the world’s fair under way in Dubai is a towering statue made of marble dust that’s raising eyebrows just as the original did more than 500 years ago. SENT: 700 words, photos.

CHINA-TRADE — China’s import and export growth slowed in September amid shipping bottlenecks and other disruptions combined with coronavirus outbreaks, according to customs data. SENT: 480 words, photos.

JIM LITKE-IRVING — Brooklyn Nets star Kyrie Irving isn’t the first person swept up in a workplace drama over the COVID-19 vaccine, and he certainly won’t be the last. By Sports Columnist Jim Litke. SENT: 750 words, photos.