AOC on Texas governor’s ‘disgusting’ abortion remarks: ‘He is not familiar with a female body’ 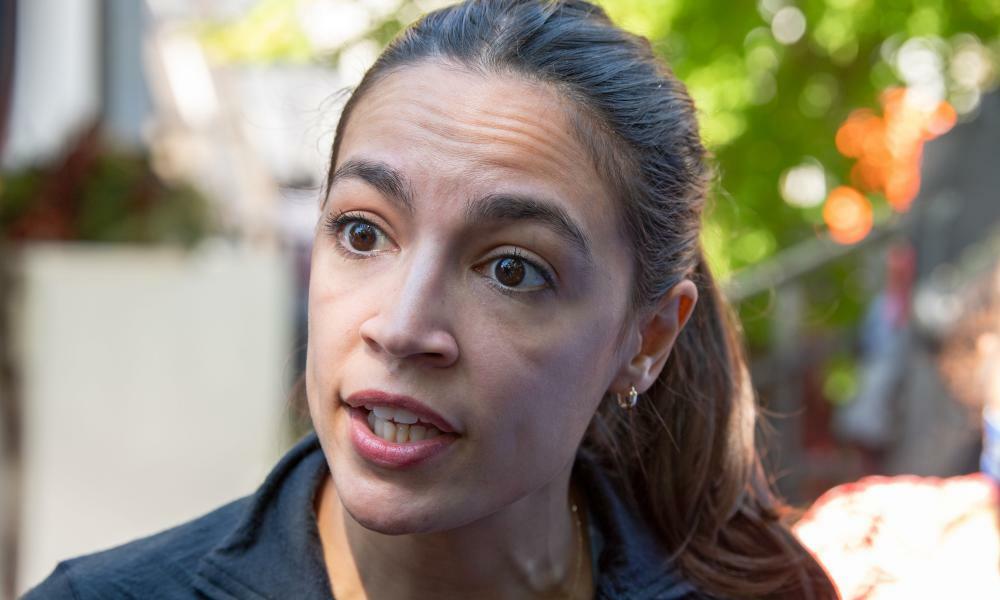 Democrats including the New York congresswoman Alexandria Ocasio-Cortez have decried Greg Abbott’s “deep ignorance” after the Texas governor inaccurately defended his state’s new anti-abortion law, saying that it does not require victims of rape and incest to carry pregnancies to term because it provides ample time for a person to get an abortion.

The law, which took effect on 1 September, is the most extreme anti-abortion measure in the US and essentially bans most abortions, offering no exceptions for rape or incest.

Asked by a reporter on Tuesday why he would “force a rape or incest [survivor] to carry a pregnancy to term”, Abbott denied that was the case, saying the law “doesn’t require that at all because, obviously, it provides at least six weeks for a person to be able to get an abortion”.

Ocasio-Cortez called Abbott’s remarks “disgusting”, adding: “I do know that he is not familiar with a female or menstruating person’s body because if he [was], he would know you don’t have six weeks.”

Cortez went on to explain the basic biology surrounding pregnancies, and that many pregnancies are often undetected at six weeks. She said: “In case no one has informed him before in his life, six weeks pregnant means two weeks late on your period. And two weeks late on your period, for any person with a menstrual cycle, can happen if you’re stressed, if your diet changes, or for really no reason at all. So you don’t have six weeks.”

Cortez added: “He speaks from such a place of deep ignorance, and it’s not just ignorance. It’s ignorance that’s hurting people.”

Julián Castro, a former Democratic presidential candidate and mayor of San Antonio, tweeted: “Greg Abbott is lying. Many women don’t even know they’re pregnant by the six-week mark when abortion is outlawed in this bill. Rape and incest victims would be forced to carry a pregnancy to term at that point – or face civil lawsuits for getting an abortion.”

While defending the radical new law and its lack of exemptions for victims of sexual violence, the governor also vowed to purge the state of all rape and sexual assault.

Abbott said: “Rape is a crime and Texas will work tirelessly to make sure that we eliminate all rapists from the streets of Texas by aggressively going out and arresting them and prosecuting them and getting off the streets.”

The White House press secretary, Jen Psaki, mocked those comments at a briefing on Wednesday. “Well, if Governor Abbott has a means of eliminating all rapists or all rape from the United States, then there’d be bipartisan support for that,” she said.

“How in the world are you going to do that? And if you have a magic formula for it, why haven’t you done it already?” Davis said on MSNBC.

And the Texas state representative Gene Wu mocked Abbott’s answers, tweeting, “Governor Abbott had a solution to end all rape and he sat on it until now? Does it involve a horse dewormer?”, referring to ivermectin, an anti-parasitic drug mostly used on animals that has been falsely promoted by rightwing figures worldwide for treating Covid-19.

In 2019, the Texas department of public safety reported more than 14,650 cases of rape, constituting nearly a quarter of all violent crimes across the state. Fewer than 3,900 people were arrested for rape and other sexual offenses.

Ocasio-Cortez fired back at Abbott’s comments about eradicating rapists, saying: “The majority of people who are raped or are sexually assaulted are assaulted by someone that they know. These aren’t just predators that are walking around the streets at night.”

Ocasio-Cortez, who in February revealed that she is a sexual assault survivor, went on to say: “When something like that happens, it takes a very long time … for any victim to come forward. Second of all, when a victim comes forward, they don’t necessarily want to bring their case into the carceral system. They don’t want to re-traumatize themselves by going to court.

“They don’t necessarily want to report a family friend to a police precinct, let alone in the immediate aftermath of the trauma of sexual assault.”

As the US’s most radical abortion law continue to face backlash, the Department of Justice on Monday vowed to “protect the constitutional rights of women and other persons, including access to an abortion”.

• Information and support for anyone affected by rape or sexual abuse issues is available from the following organizations. In the US, Rainn offers support on 800-656-4673. In the UK, Rape Crisis offers support on 0808 802 9999. In Australia, support is available at 1800Respect (1800 737 732). Other international helplines can be found at ibiblio.org/rcip/internl.html