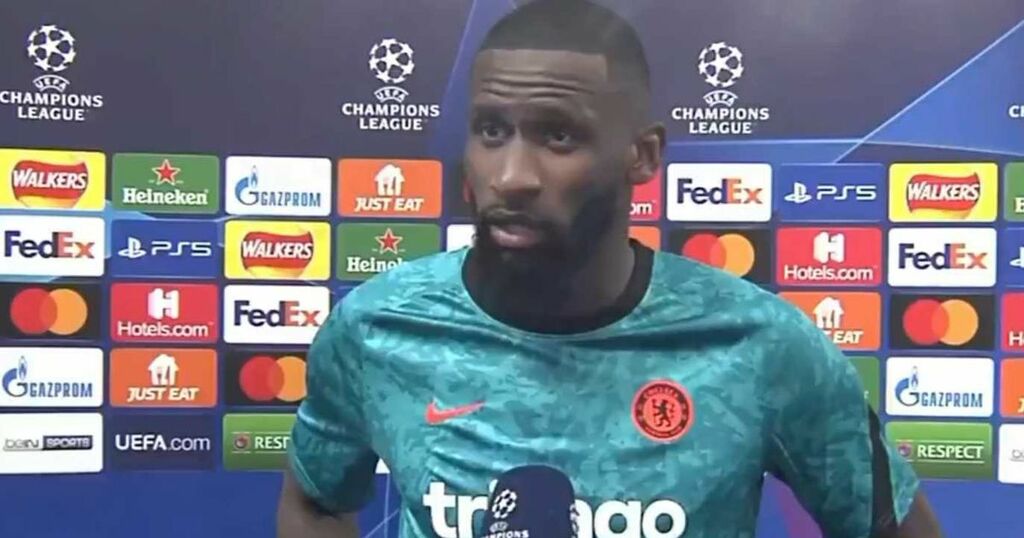 Chelsea had to fight hard on Tuesday night to win the opening game of their Champions League defence, but that is what they did.

Romelu Lukaku popped up with the only goal of the game, expertly guiding a header into the bottom corner after a Cesar Azpilicueta cross, but his was not the only impressive performance of the night.

Once again, Thomas Tuchel's defensive unit did their job, with Antonio Rudiger, in particular, standing out as they kept Zenit Saint Petersburg at bay for 90 minutes.

After full-time, Rudiger spoke to BEin Sports about the performance and expressed relief that the goal finally came.

"Knowing these types of games, if you don't find an earlier goal it can get difficult," he said.

"But we kept going and I think the only threat coming from them was on the counter-attack. And thank God, we got the one goal.

"Obviously to have him [Lukaku] is a great asset. But I find even last season, even though he was not there, we had a lot of chances, it's just that we didn't finish them well. Of course, having him, Timo Werner as well, with their qualities, it's very, very good. "

The scoring was nearly opened earlier by Rudiger himself when the German international set off on an explosive burst forward, racing to the edge of the opposition penalty area from inside his own half, only to lash his shot wide of the post.

"I tried my best. Unfortunately, it didn't go in," he said with a smile, after nearly scoring a goal of the season contender.

However, plenty of Chelsea fans were eager to praise him for the effort on Twitter.

@HenriqueSpeaks said: "Sooner or later one of these runs will pay off and I’ll lose it"

@MamzMB said: "To think last season, he was on the bench and on the verge of leaving."