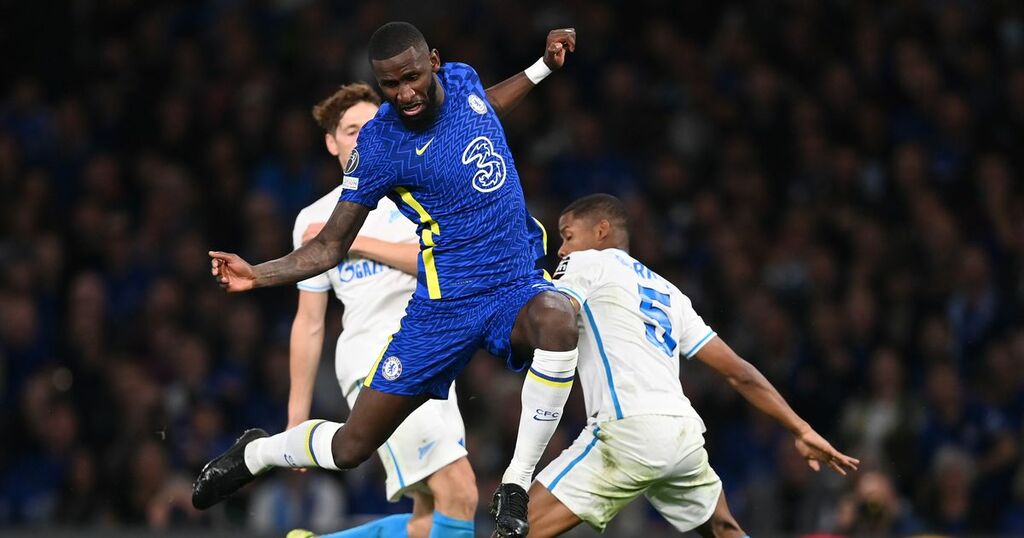 Chaos theory is described as the qualities of the point at which stability moves to instability or order moves to disorder.

As Chelsea struggled to break down a stubborn Zenit defence which packed the box and stifled most developing moves from Thomas Tuchel’s side, one man stood out from the rest. One man challenged the status quo and refused to be bound by logic or the parameters of position or formations.

That man was Antonio Rudiger and as Chelsea supporters know, chaos is his middle name.

He took the ball from deep and began to charge forward. As others remained static and restrained to the boredom of mundane existence, Rudiger looked up and saw the possibility of more.

The German kept running, disrupting the organised shape of the Russian champions, surging forward like a reborn Maldini and dribbling magically like Messi and then the impossible suddenly seemed probable.

On his right foot, Antonio Rudiger only had eyes for goal and Stamford Bridge was breathless as he bent his boot around the ball and let fly. Sadly the Hollywood ending this move required was missing and the effort flew wide.

The run itself is neither out of character for Rudiger or for Chelsea on European nights at Stamford Bridge. Kurt Zouma attempted something similar against Ajax in the crazy 4-4 drawback in 2019 which lit up the home crowd.

This flair for the ridiculous was equally seen against Aston Villa last Saturday when the German attempted a 45-yard volley from nearly inside his own half. The effort appeared to be aimed at the boisterous Villa away end, or maybe Rudiger is a big fan of Rugby and is practising his punt technique whilst at work.

These moments of hilarity are a much healthier way of expressing his chaotic side. There was a time before Tuchel where Rudiger’s loss of concentration or rash decision making would cost Chelsea in defensive moments. Most notably in the lead-up to Pierre-Emerick Aubameyang's winner for Arsenal in the 2020 FA Cup Final.

The German centre-half was standing like a sole domino just waiting to be knocked over as Hector Bellerin charged towards him and, in natural Rudiger fashion at the time, he dived in completely missing the man and ball with a trivial attempt at a two-footed tackle.

His recklessness was once something Chelsea fans grew to worry about but, now under Tuchel, Rudiger has seemingly found the slender line between being an impulsive lunatic and now a hot-headed, but measured, genius.

Rudiger has the unique ability to lift fans from their seats in the most unusual ways with the most recent playing the pantomime villain that sees him indulge gentlemanly unpleasantries while fans egg him on to do so - all within reason, of course.

Rewind your memories to the Champions League round of 16 last season versus Atletico Madrid when Rudiger grappled Luis Suarez; he became an icon and filled instantly the void left by Diego Costa.

His roughness strikes fear into Europe's greatest strikers, emulating a presence that got Chelsea fans enraptured in the heightened emotion for many years.

And, with fans back in the terraces Rudiger was key to jumpstarting Chelsea's surge to glory versus Zenit after a lacklustre first-half by showing tenacity and guile to go beyond the normal boundaries to win.

Following the game, Lukaku agreed, claiming that the German international's ability to revive the bite in the crowd proved pivotal to their success.

"I expected the ball at the end though," the Belgian said, noting how he expected Rudiger to pass him the ball after his slalomed run. "But you know it was good for the stadium got the crowd going, got us going and sometimes you need moments like this."

Ferdinand added, highlighting how Rudiger's chaotic tendencies lifted his side's spirits: "Little moments like that are key, Rudiger stepping out, a tackle it gets the fans back in the game and they’re the 12th man.

"Especially Stamford Bridge, when the fans have something to cling on to is a hard place for the opposition to play. Sometimes you have to do something to get a reaction from the fans."

What do you think about Rudiger's form under Tuchel? Follow our new CareFreeChelsea Writers Daniel Childs and Jake Stokes on Twitter to get involved in the discussion and give us your thoughts in the comments section below.