Antonio Conte believes Mikel Arteta should be more focused on his job and not complain as much following Tottenham's 3-0 North London Derby win over Arsenal. A huge game for Spurs with Arsenal able to secure a Champions League spot with a victory, the Lilywhites had a nervy start but opened the scoring after 22 minutes courtesy of Harry Kane's penalty.

Doubling their advantage 15 minutes later with the striker heading in his second of the game, Son Heung-min completed the scoring shortly after the restart with a cool finish in the box. The result now leave Spurs one point behind Arsenal heading into the final two games of the campaign.

Having seen Rob Holding sent off for two yellow cards following fouls on Son, Arteta did not look happy at all when speaking to the media after the game and was clearly furious about referee Paul Tierney’s performance. Refusing to go into too much information given the risk of a possible suspension from The FA coming his way if he did, the Spaniard claimed that the game had been "destroyed".

"I cannot do it [talk about the referees]. I'm really proud of my players and I'm looking forward to Monday night [vs Newcastle]. I want to be on the touchline on Monday night. I don't want to be suspended," he said.

"We wanted to play a game. We were so excited to play. You could see how we started. It was a beautiful occasion and it was destroyed."

Following Arteta's post-match comments, Conte was asked about what his counterpart had said and made his feelings perfectly clear on the Arsenal boss. Stating he remained silent after some decisions went against Spurs at Liverpool last Saturday, the 52-year-old also admitted he doesn't care if the ex-Everton player doesn't take on his advice.

"Because he has just started his work and I think he has to be calm and to try to continue to work. Because he's very good but to listen to a coach complain a lot of time is not good.

"But it's ok, the red card for me it was clear. Don't forget against Liverpool I said nothing what happened with Fabinho, a lot of time, because if we want to complain we have the possibility every game to speak about the referee, about the decision, about the postponed game, I think that this is the advice if you want to accept the advice. If you don't I don't care."

He added: "If you remember he complained about the fixture. It is not good to complain. Arsenal were good to postpone a game in an incredible way with Covid and they only had one player with Covid. I didn’t forget this. If he wants to complain, we have a lot of possibilities to complain.

"Now, today I can complain about why I have to play on Sunday at 12pm and Arsenal has to play on Monday night. And they have one day more rest. We played against Leicester, Liverpool, Arsenal and now after only two days we have to play and we have to play the first game at 12pm." 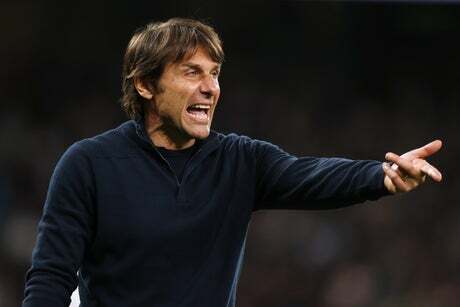