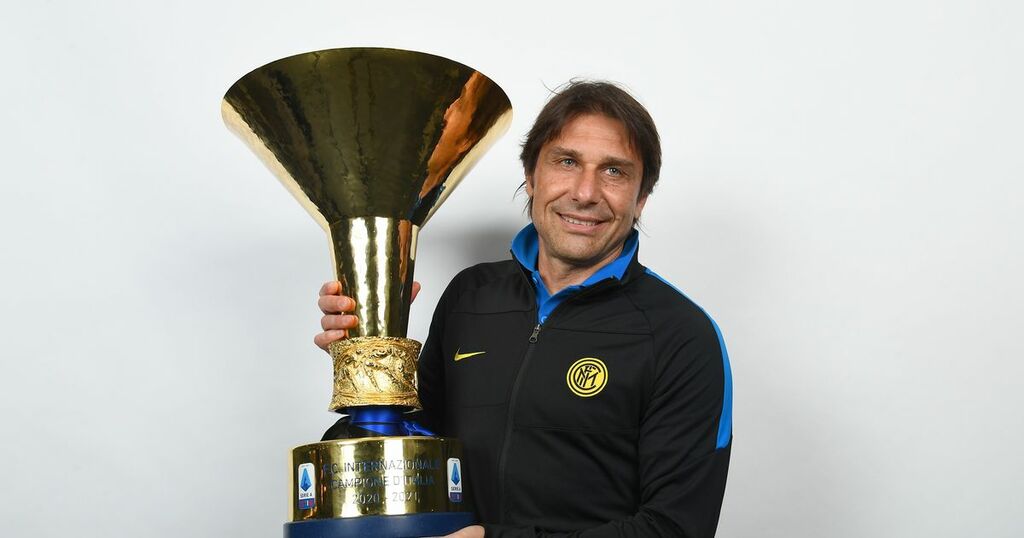 Antonio Conte has been heavily linked with the Newcastle United job should it become available after a Saudi-led Investment Fund purchased the club on Thursday.

Chronicle Live understands that the Italian is interested in learning about the position and would be keen on a return to the Premier League.

Current boss Steve Bruce is under increased pressure after the Magpies' dissapointing start to the season, with his side second bottom with just three points from seven matches.

After the takeover was completed on Thursday night, there has already been plenty of speculation about whether the new owners are going to make a change.

A number of coaches have been linked with replacing Bruce, including Conte, and it's safe to say it would be an intriguing addition.

Below is a profile of Conte, assessing why Newcastle should possibly look at him.

What has he achieved so far?

Lecce-born Conte retired from playing in 2004 after a long career with Juventus where he made over 400 appearances, winning a number of major trophies.

Following a short break from the game, the Italian was handed his first managerial job at Serie B side Arezzo in 2006 and took charge of just 27 games across two spells before joining Bari.

Conte also spent time with Atalanta and Siena, but it was his spell at Juventus where he really established himself as one of the leading coaches in Europe.

After being appointed in May 2011, he guided I Bianconeri to three successive Serie A titles and two Supercoppa Italiana's, accumilating a 67.55% win percentage.

He lost just 15 of his 151 matches in charge before being named as the new Italy manager. However, he lasted two years after their last 16 exit at Euro 2016.

A move away from his home nation awaited Conte and there's no doubt he relished the challenge at Chelsea, forming a title-winning side in his first season.

The Blues finished seven points ahead of second-place Tottenham Hotspur, but Conte would depart in 2018 despite lifting the FA Cup and sitting in the top four.

It came as a bit of a surprise to some Chelsea fans as the 52-year-old took a year out before putting pen to paper on a deal with Inter Milan.

Conte proved to be a sensation at the club, guiding them to the Serie A title for the first time in over a decade but opted to leave by mutual consent at the end of last season.

Why would Newcastle want him?

As proven by his track record, Conte has won trophies at virtually everywhere he's been, implenting a distinct style of football that has delivered so much success.

At Chelsea, he deployed a 3-5-2 system which was hard to break down, but they still managed to a force going forward with their counter-attacking approach.

It's a style that suited the Premier League and served him so well at the Blues, which would indicate why Newcastle may want him as their next manager.

One of the Magpies' biggest problems so far this term has been their defending, conceding the most goals in the division with 16 from seven matches.

Conte is known for making his teams difficult to beat and he demonstrated that at Chelsea as they kept 16 clean sheets in 38 matches on route to the title.

Although it could be argued that the quality of Newcastle's squad isn't quite at the level as the Blues', he managed to vastly improve the likes of Victor Moses, Marcos Alonso and David Luiz.

Should he be able to the same at Newcastle then it's likely he can make them into a more competitive top-flight outfit, espeically considering the backing he would get from the new owners.

With Allan Saint-Maximim and Callum Wilson in attack, Conte would have a potent front-two to build his side on, similarly to when he had Diego Costa and Eden Hazard in west London.

This move would make sense given what he has achieved in football and the ambition stated by Amanda Staveley to be at the 'top of the Premier League' in the future.

What has been said about him?

Former Newcastle midfielder Lee Clark has been speaking about who he would like to see in charge next should Bruce be relieved of his duties.

The 48-year-old, who made 240 appearances for the Tyneside club in the 1990s, claimed he would like to see either Conte or current Italy boss Roberto Mancini in the hotseat.

Clark told talkSPORT: "I've been looking at the current bookmakers list and I would want either Conte or [Roberto] Mancini.

"Mancini because he's used to working with people who have high demands at Manchester City. He's worked with top players and has delivered success.

"Conte is just a serial winner isn't he? Wherever he goes he wins the title and he works well with players.

"He has already done it in England. They're the two I would be looking at."