Antibiotics can hurt your gut microbiome, leading to a deadly fungal infection — study

By Rebecca A. Drummond, and ,The Conversation
AntibioticsantibioticBacteria

Fungal infections kill around the same number of people each year as tuberculosis. They mostly take hold in people who are vulnerable because they have a defective immune system caused by an underlying disease, such as cancer, or a viral infection, such as HIV or Covid-19. Our new study shows that antibiotics can cause immune system defects that increase the risk of dangerous fungal infections.

Candida is a fungus that is a common cause of fungal infections in humans. The yeast infection thrush is caused by Candida. But it can also cause a life-threatening bloodstream infection called invasive candidiasis.

One of the risk factors for getting invasive candidiasis is antibiotics. When we take antibiotics, we kill off some of our gut bacteria. This can create space for gut fungi (like Candida) to grow. And if your intestines become damaged by chemotherapy or surgery, then the Candida can get out of the gut and cause a bloodstream infection.

We wanted to find out exactly why antibiotics make fungal infections such as invasive candidiasis more probable. To investigate, we treated mice with a broad-spectrum antibiotic cocktail and then infected them with Candida fungi. We compared them to a control group of mice that we infected with the Candida fungus but didn’t treat with the cocktail of antibiotics.

We found that antibiotic treatment made mice sicker when they were infected with the fungus. In this fungal infection, it is normally the kidneys that become the target of the infection and mice get sick because their kidneys stop working. But that wasn’t the case here. Although antibiotics made the mice sicker, they were controlling the fungal infection in the kidneys just as well as the mice that hadn’t received antibiotics. So what was making them sick?

It turned out the antibiotics caused a defect in the anti-fungal immune response, specifically in the gut. Antibiotic-treated mice had much higher levels of fungal infection in the intestines than the untreated mice. The consequence of this was gut bacteria then escaped into the blood. Antibiotic-treated mice now had both a bacterial and a fungal infection to deal with. This was making them much sicker than the mice that did not have antibiotics.

To figure out why this was happening, we analyzed the immune cells in the gut to figure out how antibiotics caused a defective anti-fungal immune response. Immune cells in the gut make small proteins called cytokines that act as messages to other cells. For example, cytokines called IL-17 and GM-CSF help immune cells fight fungal infections. We found that antibiotics lowered the amount of these cytokines in the gut, which we think is part of the reason the antibiotic-treated mice couldn’t control fungal infection in the intestines or stop the bacteria from escaping.

Next, we wanted to find out if there was a specific antibiotic that increases the risk for fungal infection. We treated mice with different antibiotics and discovered that vancomycin, an antibiotic commonly used to treat C diff infections in hospitals, made mice sicker after fungal infection. Vancomycin removed immune-boosting bacteria from the gut microbiome which are needed to instruct the immune system to make IL-17.

Is any of this research relevant for people? Our analysis of patient records suggests it is. We looked at a large database of hospital records and found that similar bacterial/fungal co-infections might occur in humans after they have been treated with antibiotics.

This article was originally published on The Conversation by Rebecca A. Drummond at the University of Birmingham. Read the original article here. 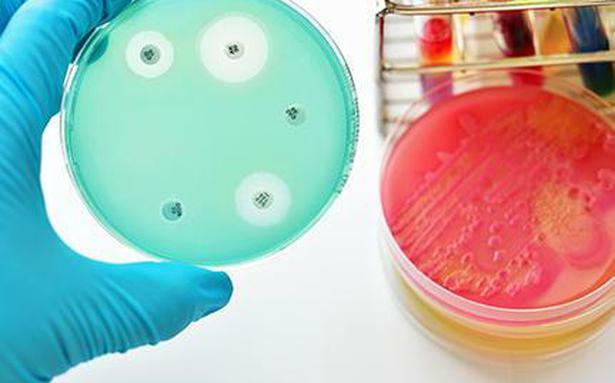 We know how uncomfortable it is when we get thrush, but do we know which daily habits might cause it?

It is caused by legionella bacteria, found worldwide in freshwater environments, both natural and man-made, and in damp soil, compost…