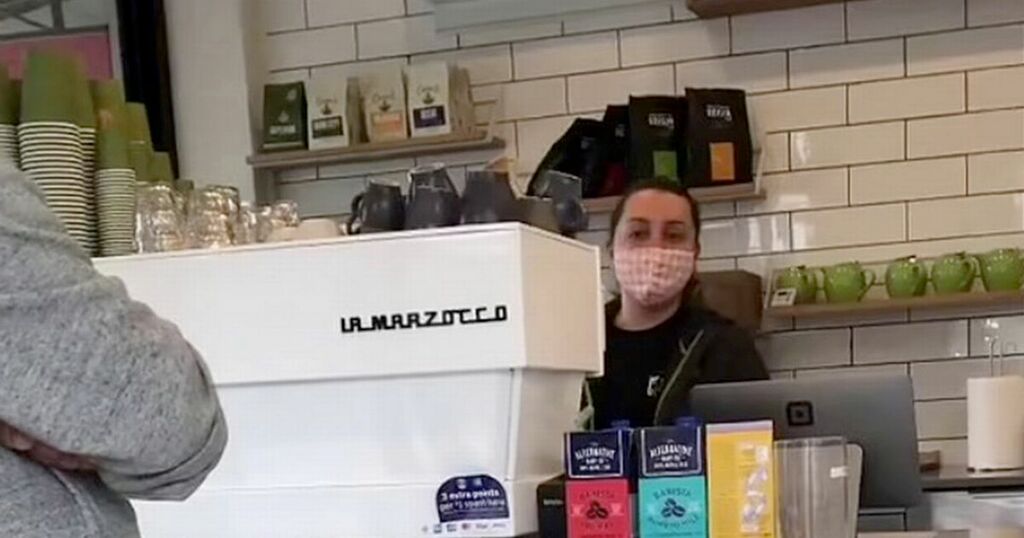 A frightened barista subjected to a relentless rant by an angry anti-vaxxer has been handed hundreds in tips by embarrassed locals.

The 28-year-old was working alone in the cafe when he arrived and started verbally attacking her.

The abuse rained down by the unnamed visitor, who uploaded a video of the moment online.

He was furious after being asked for proof that he has had the jab, something now demanded in shops and restaurants in certain areas in the country.

Taking it out on the server, the irate man filmed himself entering the business on Monday.

He starts the video: "Guys, if you think this is a joke, I'm here in Tempe, NSW and they're saying you need to show your proof of vaccination to enter. Just to buy a cup of coffee. You've gotta be kidding me."

After interrupting Andrassa, he demands to know why he should offer his vaccine status.

"Excuse me, what makes you think that I'm going to hand over my medical, private information of whether I'm vaccinated or not vaccinated to buy a cup of coffee?" he went on.

The man then shouts: "Do you see how insanely hypocritical that sounds? That you are actually going to be walking implicitly into segregation.

"The principle of me not being welcome for what I choose or not choose to inject into my body that got me infuriated today!

Then, bizarrely, he starts yelling: "I'm very powerful and I will come back."

The stunned staff member has since been inundated with generous customers leaving big tips to support her.

Some have even handed her $50 after her terrible experience.

"I am a little bit scared and frustrated because I was just following the rules," she told 9News.

"It is dreadful," she said. "I don't know why people have to be so mean. It's a shame, it's just heartbreaking.

"Why are we being abused when we're just trying to make a living?"