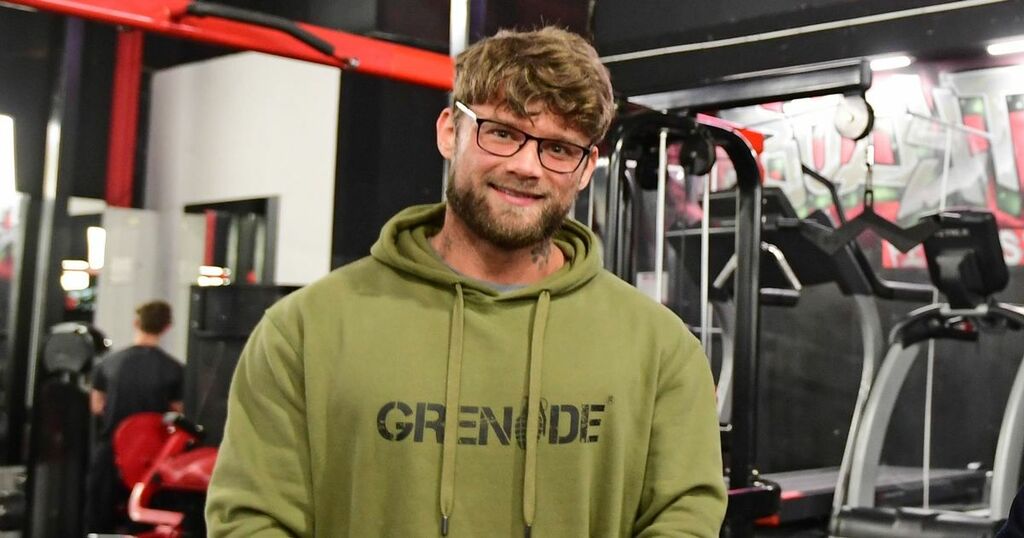 A gym owner whose battle to keep his business open during the coronavirus lockdown hit national headlines has been rumbled as a 'professional drug dealer'.

Nicholas Whitcombe, 31, appeared on shows such as This Morning as he urged the government to keep gyms open in areas hit by regional restrictions back in autumn 2020 - while he was fined £1,000 for keeping his Merseyside gym open.

But while embarking on his high-profile campaign, Whitcombe was being investigated in Jersey over a drug smuggling plot.

His scheme was busted when police found texts in which he told an associate how to 'clean' his dirty money, the Echo reports.

Whitcombe, whose role in the trafficking scheme was exposed through an investigation by Jersey's customs and immigration department, was described as a 'professional drug dealer' by a judge.

Jersey’s Royal Court heard Whitcombe worked with another man in a plot valued at more than £54,000.

Between 2018 and 2019 the pair were involved in a conspiracy to traffic cannabis resin into the island and launder the money, with Whitcombe operating from Merseyside and his co-defendant from Jersey.

Prosecutors said Whitcombe would source the drugs and instruct people to send them from England to a third party at their work address in Jersey, the Bailiwick Express reported.

The packages were then picked up by his associate, who sold them, collected the cash and sent it back to UK addresses provided by Whitcombe.

Between June and September of 2018 a total of 3.1kg was imported into Jersey and three exports of cash were sent out, totalling £16,750.

There appeared to be a 'cooling off' period after contacts of Whitcombe sent a package to the wrong address before, in December 2018, Whitcombe told his co defendant he was handing the UK side of their scheme over to a friend.

Using that contact his co defendant then imported an estimated 500g to 1kg of cannabis in March 2019, and thanked Whitcombe for helping to set up the new supply line.

In June 2019, his co defendant was also involved in importing 451.69g of cannabis resin alone.

He was arrested the following month, and his mobile phone was seized.

The phone revealed text messages between him and Whitcombe that detailed their exploits, and Whitcombe’s suggestions to his co-defendant on how to launder money.

One text sent by Whitcombe, from Birkenhead, read: "You get to clean your money and you’ll slowly get better at it and eventually it’ll be your legit business."

Following a gap of two years, in July 2021 his co-defendant was arrested again, and Whitcombe was arrested, brought back to Jersey and charged.

Prosecuting, Crown Advocate Richard Pedley recommended to the court that both men be sentenced to three years and six months in prison.

Advocate Julian Gollop, representing Whitcombe, highlighted that two years had passed between the Crown becoming aware of the text exchanges.

He also stressed that Whitcombe’s only involvement in one of the importations was to provide his friend's details to his co-defendant and encourage him to respond.

Advocate Gollop argued Whitcombe should not be locked up, highlighting both his efforts to set up his own fitness business, and his community work, noting how he 'fronted a national campaign during lockdown to have gyms and health services open and available to members of the public'.

It was that campaign that saw Whitcombe appear on national television as he urged the Government to allow gyms in areas hit by regional lockdowns to remain open back in Autumn 2020.

Whitcombe had received a £1,000 fine for keeping his Body Tech Fitness gym in Moreton during a lockdown.

He submitted Whitcombe should be given a sentence of community service, which he said would enable him "to return to his businesses, his employees, and allow him to return to what he is good at".

Summing up, however, Deputy Bailiff Robert MacRae said: “Neither of you are young men… You are both, in the opinion of this court, professional drug dealers and certainly were at the time of these offences.”

He also described the money laundering allegation as a 'serious case' as both men were sentenced to three years in prison.

Following the hearing, Rhiannon Small, Senior Manager at Jersey's Customs and Immigration Service (JCIS), said: “The custodial sentences handed down by the Royal Court reflect the serious nature of drug trafficking and money laundering into our island.

"The detection and prevention of such offences remain a priority for JCIS."

Get more news, sport and what's on by subscribing to the Manchester Evening News' free newsletters here.