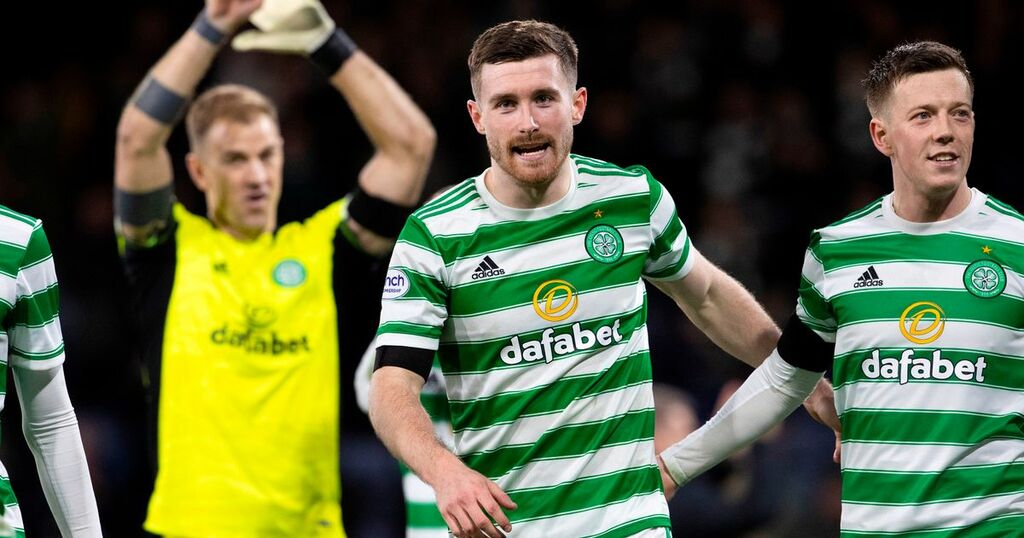 Anthony Ralston says Celtic are gunning to get back straight amongst the trophies.

But the defender insists fresh dreams of silverware success must go on the back burner for now as the fight for European progress and key title battles take centre stage.

Ralston and his colleagues are just 90 minutes from the season’s first domestic honour after beating St Johnstone to seal their place in the Premier Sports Cup Final.

Having failed to win anything last term following a spectacular run of 12-straight domestic trophies beforehand, Celtic have an opportunity under new boss Ange Postecoglou to claim a major prize six days before Christmas.

However, with two European ties and five huge games in the Premiership to come before they return to Hampden, Ralston says the bid has to be cast out of minds for the moment with so many crucial contests coming thick and fast.

He said: “We are a club that wants to win everything that we are involved in and that will definitely be our aim.

“But we will put it to the back of our heads for a minute and focus on the games coming up.

“When that game comes, we will look to add another trophy to the many we have won before.

“It was a tough game [against St Johnstone]. We expected that going into it.

“We were set up well and focused on how we wanted to play and that is what we did.

“It was hard-fought, but I am delighted we won in the end and can look forward to a Final.

“It goes to the back of our heads for now and we focus on the upcoming games. When that comes around, then we will focus on it.”

Postecoglou’s team are guaranteed a post-Christmas place in the Conference League having beaten Ferencvaros back to back.

But they still harbour hopes of making the next stage of the Europa and will board the team flight buoyed by their semi-final win over Saints.

Ralston said: “It is going to be difficult game, we know that. But we will get back in to training, regroup as a team and focus on that one next.”

Club hero James Forrest leapt off the bench to hit the weekend winner at Hampden and Ralston was delighted to see his colleague produce another huge moment in his Celtic career.

The 30-year-old once again made the difference for his club just four minutes after replacing Liel Abada at the National Stadium on his fourth sub appearance since returning from over two months on the treatment table.

Ralston said: ““He has had difficult time with injury, but that is the quality that James has got.

“He can come on and make the difference for the team. You have seen it year in year out with him.

“He has been a big loss for us, but I am delighted and we are all delighted as a team that he is coming back into the fold now. He can bring that to our game and make the difference.”