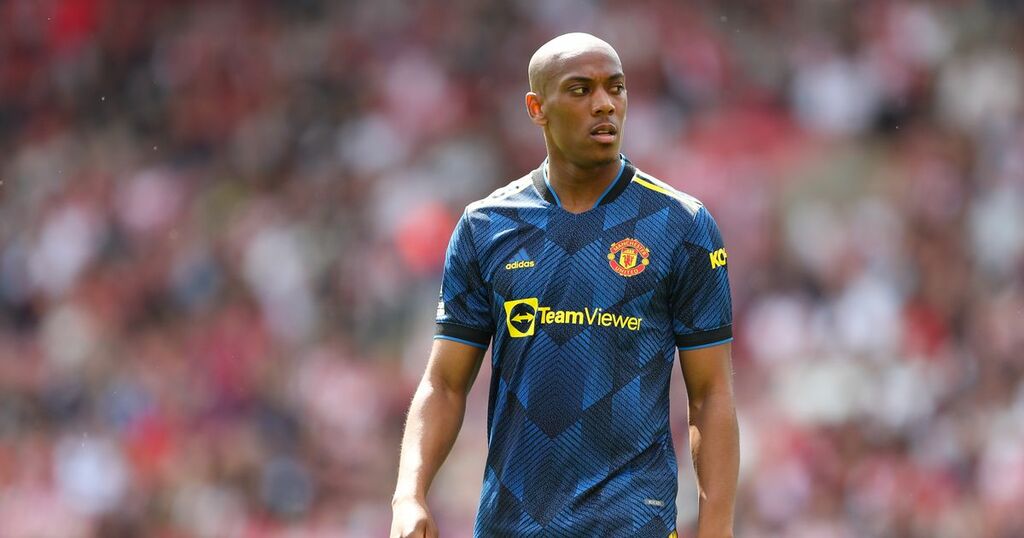 It was September 12th 2015 when Anthony Martial announced himself to the Manchester United fans with a stunning solo goal against Liverpool on his debut.

Martial picked up the ball out wide, ran straight at Liverpool defender Martin Skrtel, skipped past him like he wasn't there and then slotted the ball into the far corner in Thierry Henry-esque style.

It was the start of a fantastic relationship between the French forward and the Stretford End faithful, with his chant ringing around Old Trafford on a regular basis even when things aren't going so well for him.

He's had trials and tribulations at United since his arrival. He's seen his squad number taken off him to satisfy the ego of Zlatan Ibrahimovic, he's had issues with the manager in Jose Mourinho, he struggled for regular game time and has suffered with injuries.

He's also won said squad number back, outlasted Mourinho to earn a new long-term contract and been United's top scorer in a season where he was trusted as the central striker.

But last season was arguably the worst he has been a part of. Forced to compete for the number 9 role with Edinson Cavani, Martial was sent off against Tottenham in a 6-1 drubbing and never really recovered. He ended the season with just seven goals in 36 appearances and was forced to miss Euro 2020 because of a knee injury picked up on international duty in March.

Now United have added Jadon Sancho and Cristiano Ronaldo to the ranks, regular first-team minutes could be even harder to come by for the former Monaco man in his current form.

When he first joined, every time he got the ball fans would be on the edge of their seat. He was electric, running straight at the opposition and creating chances regularly for his teammates.

But in recent years, that electricity has faded. He no longer runs at players and seems to have lost a yard or two of pace in favour of some bulk to help him in a central position with his hold up play and back to goal. United fans have grown frustrated at the lack of impact he has on games and with an injection of youth in the squad now, his place is under threat.

What he has shown in recent performances however is a willingness to get back to what he used to do so well and what endeared him to fans in the first place.

His recent international call up with France saw him link up brilliantly with United teammate Paul Pogba as well as Antoine Griezmann and Karim Benzema with lovely one-touch, fast paced football as he got his first international goal since 2016.

Then against Newcastle he was only afforded a handful of minutes off the bench as a late replacement for Mason Greenwood, but once again he showed an ability to get fans off their seats. For the fourth goal it was his run in behind that started the move off and when the ball was eventually recycled it was his quick thinking to dummy the ball and allow it to run through to Jesse Lingard that created the goal.

With veterans like Ronaldo and Cavani ahead of him in the running for the centre-forward position, he must find that energy and elusiveness in his game once more to flourish in the wide positions to work alongside them.

With the fluidity of Ole Gunnar Solskjaer's attack, he will find himself in the centre on plenty of occasions but must work to get the opportunity to play regularly.

There is still a section of support who carry the 'Martial FC' moniker proudly and he owes them all a season of top performances and goals to thank them for their trust. If he can't do that, not only will he likely lose that support but he could lose his place in the squad too and find himself heading towards the exit door.