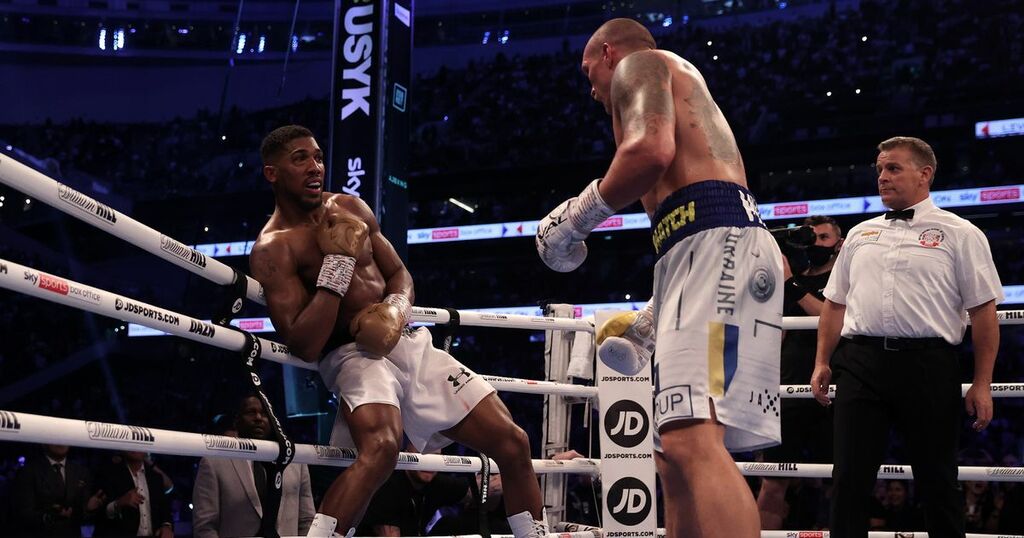 Anthony Joshua will fight Oleksandr Usyk again in early 2022, it has been officially confirmed after their rematch clause was officially triggered.

Joshua was handily beaten by Usyk over twelve rounds at the Tottenham Hotspur Stadium last month to lose his unified heavyweight world titles, squashing his hopes to become undisputed against the winner of Tyson Fury vs Deontay Wilder 3.

And he has insisted on taking an immediate rematch against former undisputed cruiserweight champion Usyk, who has never lost as a professional.

Usyk's promoter Alex Krassyuk has been vocal about his side's interest in doing a second fight, with Joshua's promoter Hearn now confirming that they have today exercised their rematch clause.

This means Joshua will get a shot to reclaim his titles for a third time, with the event expected to take place in the early part of next year.

“He’s got his head back in the game," Hearn said of Joshua during a DAZN interview tonight.

"He’s training now and today we officially triggered the rematch for the Oleksandr Usyk fight which we’ll see early next spring.

“Back in the game and looking for him to become a three-time heavyweight world champion.

“That’s officially triggered now and we’ll sit down with K2 [Usyk’s promotional company] to plan the dates for that.

“I think realistically March is when you’re likely to see the rematch.”

Usyk dominated Joshua throughout the fight, despite being the betting underdog and giving up a big size advantage against 'AJ'.

Joshua was close to being finished in the last round, being pushed against the ropes as Usyk landed several unanswered punches before the final bell.

But the Brit is determined to secure a rematch and is confident he can make the necessary changes to avenge his loss.

The fight was ordered as a mandatory challenge for Joshua after his undisputed bout with Tyson Fury that was set for August 14 was cancelled.

Fury was ordered by an arbitrator to fight Wilder for a third time, which takes place tonight in Las Vegas.

And Joshua has indicated that he plans to come back with a different game plan in the rematch, telling iFL TV that he has already identified some areas to improve.

Does Anthony Joshua have what it takes to beat Oleksandr Usyk in a rematch? Let us know your thoughts in the comments section!

"I let a few people down, obviously people that support me," he said immediately after the fight.

"There's other people that probably thought I should have gone in with a different gameplan.

"But at the end of the day he won and I lost. All I want to do is get back to the drawing board, hustle and put in the work.

"Over the period of time I'm boxing, just change the script, get another W and fight for the belts again.

"I've got a great opportunity of becoming three-time heavyweight champion of the world, so I'm going to take it with both hands and put the work in."