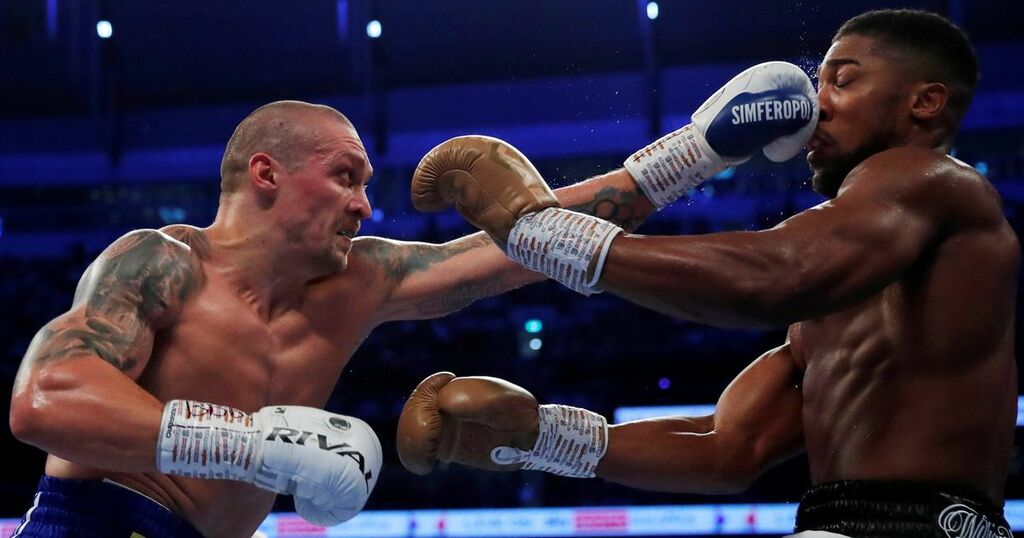 Anthony Joshua has been made an offer to skip his rematch with Oleksandr Usyk to allow an undisputed heavyweight title fight between Usyk and Tyson Fury.

Fury's promoter Bob Arum has claimed he spoke with Joshua's promoter Eddie Hearn about coming to an agreement to step aside, with a guarantee that the winner of Fury vs Usyk would grant him the first title defence.

And the Top Rank promotions boss claims that his British counterpart didn't dismiss his suggestion immediately, with the American now saying it is up to Joshua if he wants to take the deal or not.

FURY vs WILDER: How the epic trilogy fight unfolded

"If Tyson Tyson wins this fight [vs Deontay Wilder], then maybe boxing people do the sensible thing and have the two champions Usyk and Fury fight with the winner obligated to fight Joshua," Arum said in an interview with Seconds Out.

"Everybody will have a piece of the action and isn't that a good thing to do? But that's sensible."

And Arum says that Hearn isn't opposed to the idea, which could result in a Fury vs Joshua fight finally being made should he beat Wilder and Usyk.

"I threw it out there to Eddie and he didn't discard it off hand," Arum said. "I mean, it's up to Joshua, will Joshua agree?

"He has the right to the rematch, and he should, because his chances of beating Usyk aren't great, he needs another fight, a different trainer and then maybe if Usyk beats Tyson he could fight him.

"But it figures that if Tyson beats Usyk he could do the big fight with Tyson Fury."

Would you like to see Fury fight Usyk for the undisputed title? Let us know in the comments section!

Joshua was expected to beat Usyk in their fight at the Tottenham Hotspur stadium in London.

But he was comfortably outboxed by the Ukrainian, who is an unbeaten former undisputed cruiserweight champion.