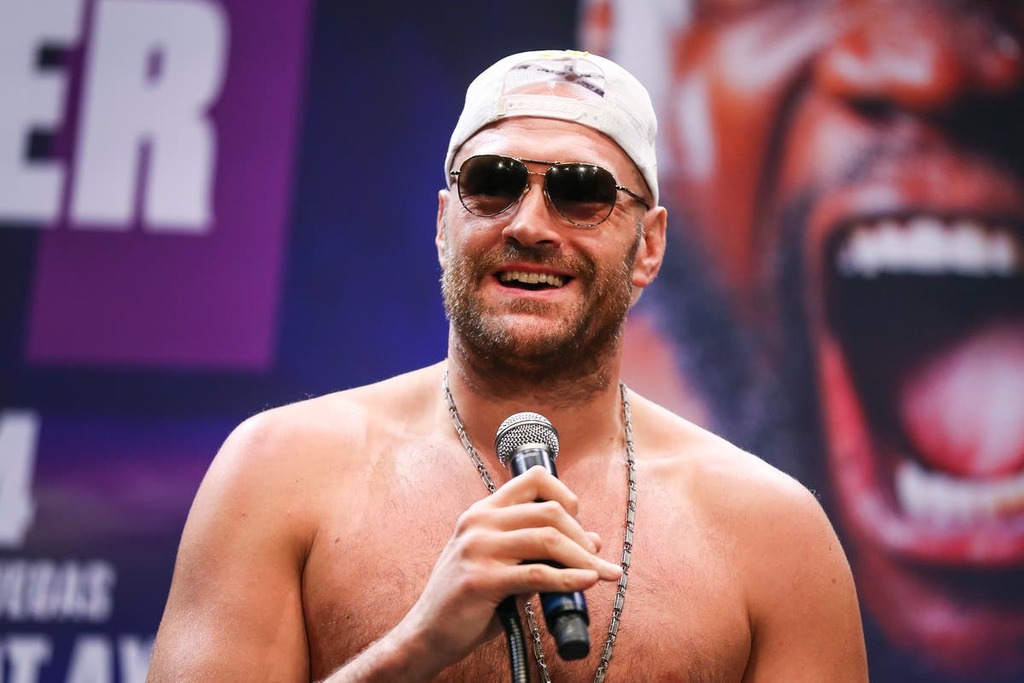 Tyson Fury will finally fight Anthony Joshua once he has dealt with “bump in the road” Deontay Wilder, his father John Fury has claimed.

Fury faces Wilder for the third time on October 9 after the pair were ordered to complete their trilogy agreement.

The “Gypsy King” defeated Wilder in a dominant victory on his last appearance in the ring in February 2020 and had looked set to face British rival Joshua after announcing that a date and location for the unification bout had been agreed.

But with WBC champion Fury instead taking on Wilder in Las Vegas, Joshua will now meet the undefeated Oleksandr Usyk later this month.

Should both men emerge victorious, it would clear the way for the pair to compete for the undisputed prize - although both Joshua and Fury have indicated they could also meet without their heavyweight titles on the line.

John Fury is confident that his son will swiftly deal with Wilder after being impressed with his training under Sugarhill Stewart in camp.

“Tyson doesn’t fear anyone in the division, and he will prove it,” he told IFL TV. “We’ll get this bump in the road flattened out, and then we’ll be on to the next move.

“It’ll be AJ because there’s no other fighter out there. But AJ has his own problems with Usyk. He’s got to deal with him because that’s not forgone conclusion by any means.

“We will not let you down [against Wilder]. Tyson is going to win everything and defend everything. We’re on a new mission now.

“I see it being a great night. I’m not worried at all. He’s in good hands with Sugarhill. Sugar knows what he’s doing. It’s probably one of the best camps he’s had.

“He’ll bring a few different things to the job, Deontay Wilder. He has a new trainer, which is the case, but Tyson can deal with anything. He’s the best heavyweight by a country mile in this era. So I’m not worried at all. As long as he’s prepared right, and his mind is right, he’s unbeatable, Tyson.”

Fury said he would be prepared to “throw his belts in the bin” in order to make the fight with Joshua happen, which would be the biggest in British boxing in a generation.

“I do think, sooner or later, it has to happen,” he told Gary Neville’s Overlap show. “Even if we go AWOL, throw all the belts in the bin, to fight each other? I would do that, if that makes sense. But I’m not sure he would be willing to do that.”

Meanwhile, American Wilder, who suffered the first defeat of his career when he lost to Fury via a seventh-round TKO last year, has claimed that Fury has been getting “beaten up” in sparring ahead of their latest rematch.