‘Anthony Hopkins committed within five minutes’: how I wrote The Father with Florian Zeller 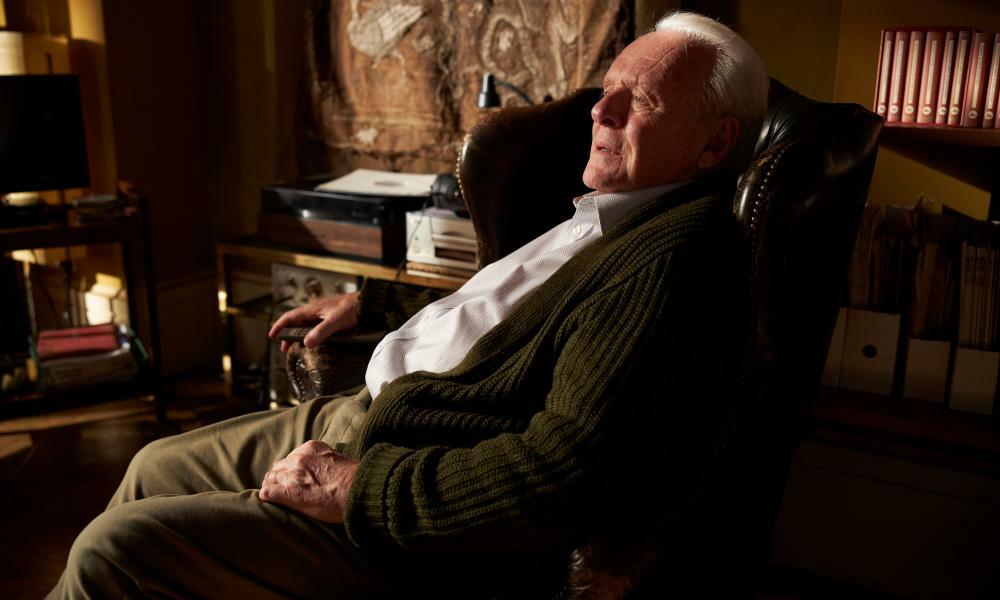 I first met Florian Zeller about eight years ago. It was in the foyer of the Théâtre Hébertot in Paris, where I had just watched his play The Father, directed by Ladislas Chollet, with the astonishing 88-year-old French actor Robert Hirsch in the title role. I was pretty much overwhelmed by what I’d seen, but I think I was able to convey to Florian that I loved his play and hoped he would allow me to translate it.

The Father was not the first play of Florian’s that I had seen. The year before, also in Paris, I’d watched a very deft and amusing comedy called The Truth and had been saying to whom it might concern that, providing a really gifted director could be found (because the play required razor-sharp precision and considerable wit and timing), I was confident a British audience would embrace it. What struck me now, however, having seen The Father, was how remarkable it was that a playwright in his early 30s could have written two such radically different plays, with nothing in common beyond the skill of their construction.

It’s never been the easiest job in the world to persuade English theatres to put on plays by unknown foreign writers; fortunately, however, Laurence Boswell was programming a series of adventurous seasons at the Ustinov studio theatre in Bath and had decided, in 2014, to launch a season of new European work. So, in that year, I translated both plays, with a strong recommendation, both to Florian and to Laurence, that the play chosen to introduce Florian to the English-speaking world should be The Father. They agreed.

We opened at the Ustinov in October 2014, with an exceptional cast headed by Kenneth Cranham and Lia Williams in an exquisite production by James Macdonald. The reviews, across the board, were perhaps the best for any piece of work I’ve ever been involved in; but, for a while, the future of the play in English seemed to hang in the balance. Its ostensibly grim subject matter was felt to be a possible deterrent to audiences. Luckily, the Tricycle (now the Kiln) stepped in, the start of a relationship with the theatre that subsequently saw them stage the other two panels of Florian’s triptych (The Mother and The Son). The considerable success of the transfer led to two runs in the West End, in 2015 and 2016, respectively, which sealed the success of the play and won for Kenneth Cranham a very well-deserved Olivier award.

The Father travelled on to the US, where the central part was played in New York by Frank Langella (who won his fourth Tony for the role) and, on the west coast, by Alfred Molina. And matters might have rested there, were it not for the fact that, at some point along the way, Florian had conceived the desire to turn the play into a film, which he also wanted to direct.

This was easier said than done. Apart from anything else, there had already been, in 2015, a French film (with Jean Rochefort) called Floride, based on the play. In normal circumstances, that would have been the end of the discussion. But, remarkably, the producers of the film, Jean-Louis Livi and Philippe Carcassonne (coincidentally, Philippe had been one of the producers and prime-movers of Carrington, my own debut film as a director) proved very open to the idea. Hard (well, all right, impossible) to imagine a similar scenario being played out in the UK (or the US) – a remake, with a first-time director, of a not conspicuously successful film released only three years earlier – but Philippe and Jean-Louis seemed entirely sanguine about the risks involved. And Florian invited me to collaborate with him on the script.

We began by laying down a few general principles. Both of us were determined, more than anything else, that the film should be cinematic and give off no whiff of the theatre. Usually, the way to achieve this when turning a play into a film (one of the trickiest of transitions) is deemed to be a question of “opening out” the play into a multiplicity of locations so that it seems more intrinsically visual. But, in this case, the story – that of a man struggling to retain his grasp on reality as he slips helplessly into dementia – did not encourage this approach. It was more, we reasoned, a question of, so to speak, opening it in, so that the erratic consciousness, the failure to understand time and events our hero is suffering under might become more and more powerfully claustrophobic.

Once the broad approach had been agreed, Florian wrote the first draft in French and I countered with a second draft, translated into English with some added suggestions and modifications. Florian wrote a third draft, again in French, incorporating some of these and making further changes, and I translated again to arrive at a fourth draft. Finally, we met for a few days in Paris and negotiated our way through a fifth and final draft. My initial instincts had been to take advantage of the medium in a slightly more elaborate way, creating perhaps more strikingly hallucinatory effects, but Florian’s work combines extremely original ideas with a rigorous simplicity of execution. It’s a very rare sort of cocktail, the effectiveness of which I came to appreciate more and more as we worked on the script.

The final stage was to find some actors for the film. Florian’s unwavering determination to cast Anthony Hopkins had already led us to set the film in London and change the main character’s name from André to Anthony.

That was the easy bit. I had, in the mists of time, done two films already with Anthony: my first script to be filmed (based on Ibsen’s A Doll’s House) in 1973 and a Mike Newell film in the mid-80s called, strangely enough, The Good Father, which still seems to me to have nailed down that era pretty precisely. So there was existing goodwill – but all depended on Anthony’s reaction to the screenplay. This, fortunately, was overwhelmingly positive and, before long, Florian and I found ourselves heading to Los Angeles to meet him. Within five minutes of sitting down to breakfast, he had enthusiastically committed to the part. The next morning, Florian and I went into the agency CAA, where the agents of just about every major actress you can think of came, one by one, to have an audience with Florian and offer their client as co-star. It was Florian’s first visit to LA. Afterwards, I felt obliged to warn him that not all his future trips to Hollywood would necessarily play out in this way. On our return to Europe, after some thought, Florian offered the part to Olivia Colman.

And that, you might have thought, was that. But what I hadn’t anticipated was that the climate had so definitively changed that – even with this spectacular cast, even with the worldwide success of the play and even with an exceedingly modest budget (approximately what I had been given for Carrington in 1994) – the film would prove almost impossibly difficult to finance. Just as when we’d been trying to bring the play into London, people would shake their heads judiciously and wonder whether this was the kind of subject audiences would want to turn out to see.

Unlike Florian, whose beloved grandmother died of Alzheimer’s when he was an adolescent, I’ve been lucky enough to have had no direct family experience of dementia. My two most inspirational teachers, however, men who devoted their lives to weighing and discriminating the subtleties of language and literature, both, by a savage irony, fell victim to this brutal condition. Most of us have or will be affected by it one way or another, and people’s reluctance to reopen these kinds of wounds is, of course, understandable. But Florian and I have both had a great many responses from those who said they had had to force themselves to watch the film, but then found that the accuracy with which the condition is portrayed and the rounded humanity of the performances had, in the end, been a real consolation to them.

Ultimately, though, The Father stands or falls as a film, not a treatise. I can’t speak entirely objectively, needless to say, but I am proud to be associated with a piece of work that ploughs its own original furrow subject to no outside pressures, absolutely reflecting its creators’ intentions – and filmed, miraculously, in 25 days, in the prelapsarian early summer of 2019.

• The Father is out now on digital platforms, Blu-Ray and DVD.