Prime Minister Anthony Albanese says free trade negotiations with the European Union will resume in coming months, after securing a commitment from the President of the European Commission.

Negotiations have been stalled for almost a year with Anthony Albanese blaming a diplomatic fallout with the French Government and concerns about his predecessor's position on climate change.

Mr Albanese said Ursula von der Leyen expressed a desire to restart negotiations during a meeting on the sidelines of the NATO summit, with discussion to resume potentially before October.

"We want to see real progress between now and March … and that means holding multiple meetings and identifying what the issues are that need to be resolved," Mr Albanese said after the meeting.

"It is quite clearly in Australia's interests to diversify our trade relationships.

Mr Albanese said a free trade agreement would allow more European businesses to be based in Australia and for more Australian produce to be exported.

Europe is Australia's second largest trading partner, with a market of 450 million people and a GDP of around US$15 trillion (more than $20 trillion).

"At the moment there are various barriers to our trade here in Europe and we need to make sure that with like-minded countries we engage with more trade to the benefit of both Europe and Australia," Mr Albanese said.

French President Emmanuel Macron, who called Scott Morrison a liar after he cancelled a US$90 billion submarine contract, had a discussion with Mr Albanese in Madrid on Tuesday night.

"I had a very constructive discussion. … I very much look forward to my visit to Paris and I thank President Macron for his welcome," Mr Albanese said.

Mr Albanese also attended a meeting with the leaders of Japan, Korea and New Zealand, who were also invited to attend the NATO summit.

The meeting in Madrid has been dominated by Russia's invasion of Ukraine, with leaders eager to describe President Vladimir Putin's actions as a strategic misstep that has unified democratic nations.

The inclusion of Asia-Pacific nations has been described by some analysts as a counterweight to China's growing influence in the region.

"I think our collective presence here in Madrid at the invitation of NATO demonstrates the importance of the Indo-Pacific to global peace and security," Mr Albanese told the meeting.

"Each of us are critical advocates to NATO, Europe and the United States having stronger and more sustained engagement in our region.

"Only by working together can partners offer a real choice to countries in the region and take tangible steps to ensure peace, stability and prosperity for the Indo-Pacific." 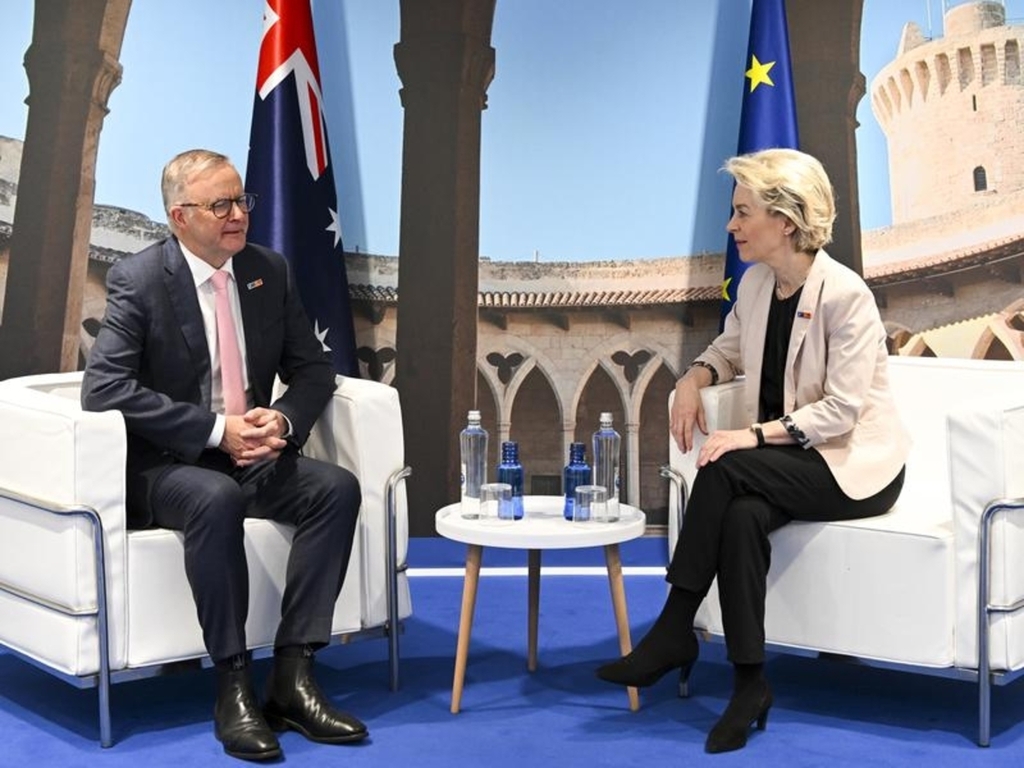 Prime Minister Anthony Albanese is hopeful free trade negotiations with the European Union may be revived in coming months, and…

Prime Minister Anthony Albanese will spotlight Australia's "iron-clad" commitment to upholding the global order during a speech in Madrid.