Anthony Albanese promised action on the Uluru Statement from the Heart. So what is the proposed Indigenous Voice to Parliament?

Indigenous affairs reform is firmly on the agenda for the newly-elected Albanese government.

Both in his victory speech on election night and before flying out of the country for a meeting of the Quad, Prime Minister Anthony Albanese affirmed his commitment to addressing long-stalled policies on First Nations issues.

In front of the newly installed Aboriginal and Torres Strait Islander flags in the parliament house media room, the freshly sworn-in Prime Minister referenced the Indigenous Voice to Parliament when outlining his agenda.

"We will, of course, be advancing the need to have constitutional recognition of First Nations people, including a Voice to Parliament that is enshrined in that constitution," he said.

Labor made progressing the Uluru Statement an election promise, committing to enshrining an Indigenous Voice to Parliament in the constitution through a referendum — something the former Morrison government refused to do.

Under the guidance of the first Aboriginal woman to hold the Indigenous Affairs ministry, Linda Burney, it's hoped the Uluru Statement from the Heart can finally be put into action.

But what is the Uluru Statement? And why does an Indigenous Voice to Parliament need to be included in the constitution?

How is the Indigenous Voice to Parliament different from the Uluru Statement?

An Indigenous Voice to Parliament would be a permanent body representing First Nations people at the highest level of government, first put forward as part of the Uluru Statement from the Heart.

The Uluru Statement from the Heart was written after a historic meeting of First Nations people from Indigenous nations across the country at the First Nations National Constitutional Convention in 2017.

Two hundred and fifty Indigenous delegates met at Uluru, and after days of discussions reached a consensus on the 440-word statement, which was then presented to the federal government.

The statement has three key objectives: a Voice to Parliament, Treaty, and Truth.

It urges the federal government to establish an Indigenous Voice, negotiate a treaty with the traditional owners of Australia, and facilitate a truth-telling process to record past injustices enacted against Indigenous people.

A ‘Voice’ would be a body made up of Indigenous Australians that the government would need to consult with on policy and legislation, so First Nations people can have their opinions heard on the laws that are made on and about their country and people.

Part of the statement reads:

"We seek constitutional reforms to empower our people and take a rightful place in our own country. When we have power over our destiny our children will flourish. They will walk in two worlds and their culture will be a gift to their country."

While the statement was written with support from a consensus of delegates, not everyone supported the Uluru Statement, and some want to see a truth-telling process carried out before a Voice is formed.

It's been nearly five years since the original statement was written, but any constitutional changes stalled under the previous Liberal government.

The Coalition decided against taking a Voice to Parliament to a referendum, arguing it wouldn’t get the support of a majority of Australians.

Why include an Indigenous Voice to Parliament in the constitution?

To change the constitution to create the Voice, the Australian public would need to go to a referendum — something that hasn't been done in nearly a quarter of a century.

Enshrining anything in the Australian Constitution essentially means protecting it under the law and from future changes in government.

Legislating a Voice to Parliament is another option, but some Indigenous groups think it’s a weaker proposal, because it could be scrapped by a future government.

Another argument for holding a referendum on a Voice is that it could be a mark of respect for First Nations people from the Australian political system — which has a long history of excluding and disempowering Indigenous Australians.

The powers and functions of a Voice could be outlined in legislation.

Labor has committed to facilitating a referendum during its first term of government, and First Nations groups are now calling for a timeline on when exactly it could be held.

Incoming Indigenous Affairs Minister Linda Burney has said while it is a definite priority, a referendum won't be called unless the government are sure the Australian people will pass it.

That will likely require bipartisan support, which can't be guaranteed at the moment.

The Morrison government previously argued against changing the constitution to include an Indigenous Voice, and the Greens have taken the position that a truth-telling process should come before a Voice is established.

Ms Burney has told ABC's 7.30 program that progress towards a referendum and a truth-telling commission could be simultaneous.

"I don't know that there has to be a sequence in terms of Voice, then truth-telling then treaty," she said.

"I actually think that you can work on getting a referendum underway and you can establish a Makarrata commission at the same time."

Makarrata is a complex Yolngu word describing a process of conflict resolution, peacemaking and justice.

The proposed Makarrata Commission would oversee a national truth and treaty process and supervise the treaty processes currently in their early stages in Victoria, Queensland and the Northern Territory.

Authors of the Uluru Statement have proposed two possible dates for a referendum: the first is May 27, 2023.

That’s the anniversary of the 1967 referendum which gave the federal parliament the power to make laws specifically for Indigenous Australians.

What will an Indigenous Voice to Parliament do?

The whole idea of the Voice is to include the opinions of Australia's first people at the highest level of government so that they have input over the laws that govern their country and their people.

An Indigenous Voice would give practical advice to the government and parliament of the day about how laws and policies can best serve Indigenous Australians.

Many Aboriginal and Torres Strait Islander communities say that too often, laws are made without their input, which is seen as colonial paternalism and goes against self-determination.

It's not entirely clear what shape an Indigenous Voice to Parliament would take, how many people it would hear from, how they would be selected or what powers it would have.

As a minimum standard, it’s likely the government would need to consult with the Voice on issues that involve Indigenous people – such as cultural heritage reforms and native title.

But Indigenous people are key stakeholders in policy issues across the board, and the Voice could also be consulted on policies in line with the Closing the Gap targets on justice, health, education, jobs, and housing. 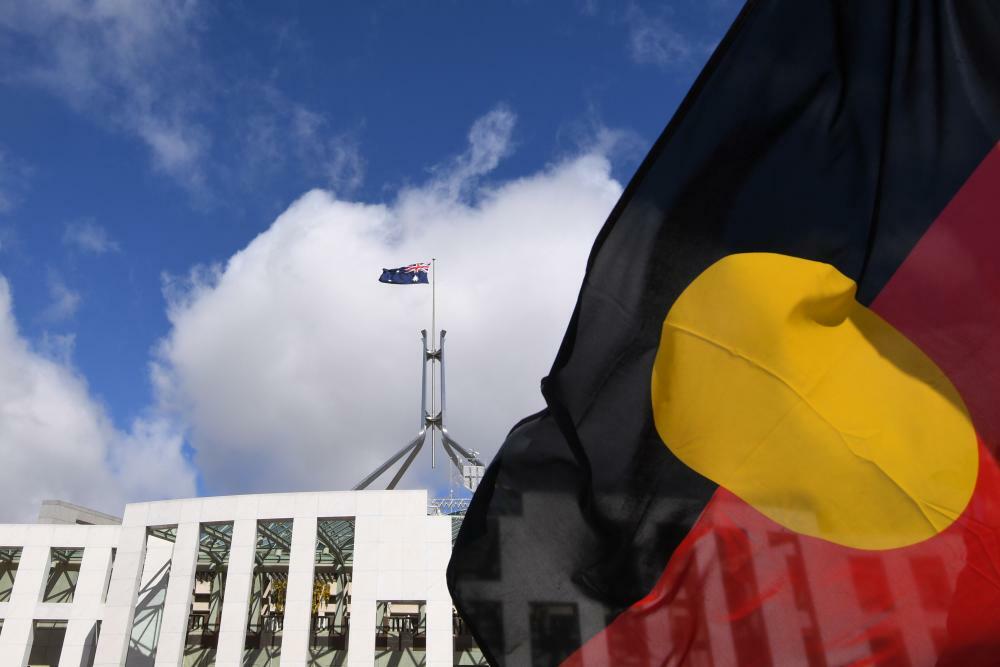 Voice, treaty, truth: what does Labor’s commitment to Uluru Statement from the Heart mean?
Indigenous Australians have been calling for a voice to parliament since 2017, and Albanese has vowed to hold a referendum…

The Guardian - AU
One subscription that gives you access to news from hundreds of sites
Uluru statement a high priority: Burney