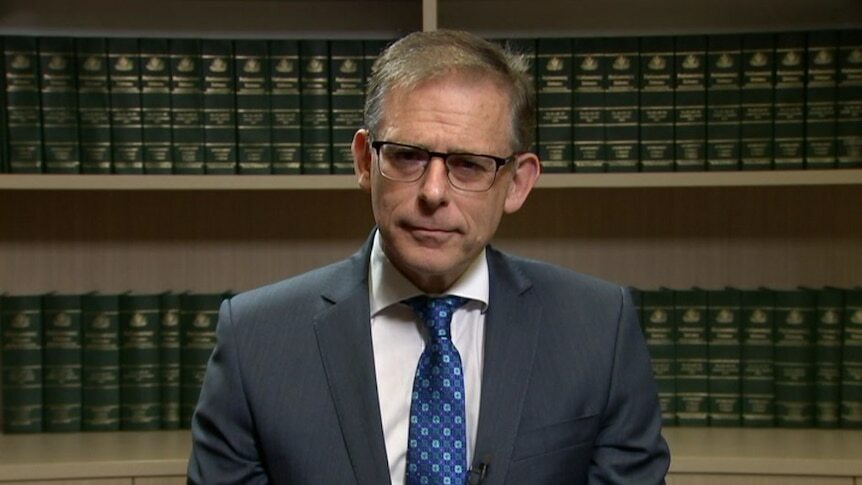 Mr Byrne was called as a key witness to the Independent Broad-based Anti-corruption Commission's (IBAC) public hearings this week, as it investigates the misuse of taxpayer-funded resources in the Victorian Labor Party for political purposes.

He admitted to the inquiry that he was involved in branch stacking by paying for other people's Labor Party memberships fees.

While Mr Byrne remains in parliament for now, he has announced he will step down from its Joint Committee on Intelligence and Security (PJCIS), on which he has served for 16 years.

"The work of the PJCIS is crucial to Australia's national security and its integrity should never be questioned," Mr Byrne said in a statement.

"I have always put the work of this bipartisan committee first and have always served in its best interests.

"I will continue to fully cooperate with the IBAC inquiry and will not be making further comment while proceedings are underway."

Mr Albanese has resisted standing the MP down or expelling him from the party, and told Nine Radio this morning a decision would be made only once all the evidence had been heard.

"All I have said is, 'We'll wait while the hearings are going on'," he said.

"Halfway through people's testimonies, you don't reach a verdict.

Mr Albanese was questioned on how comfortable he was with Mr Byrne continuing to sit in parliament as a Labor MP, but would not give a clear answer.

"Are you happy for him to sit [in parliament] as a Labor MP?" he was asked.

Federal parliament is due to return next week, but many MPs will be forced to attend virtually because of ongoing travel restrictions.

Provisions have been in place since last year allowing MPs to engage with parliament remotely.