Ant McPartlin has celebrated his first wedding anniversary with his wife Anne-Marie by sharing a picture from the gorgeous day. The couple tied the knot on August 7, 2021 with Ant's best pal, Declan Donnelly, standing by his side as his best man.

The happy couple, who've been together since 2018 and got engaged on Christmas Eve, said their vows at St Michael's church, Heckfield surrounded by friends including plenty of famous faces.

A number of fans had gathered outside the church to wish the Saturday Night Takeaway star well, and he and Declan Donnelly waved and posed for photos before entering the church.

Earlier today, Ant uploaded a picture from the day to celebrate their one year anniversary. The picture shows the couple smiling while hand in hand just after they tied the knot.

Fans flooded the comments of the picture to wish the happy couple well. One fan said: "Happy anniversary to a beautiful couple" while others wished them many more: "Happy Anniversary and may you have many more!"

During the day, Dec described Ant as the “best friend a man could have” before reading a prayer for the attendants at the ceremony, according to reports.

The Geordie duo’s close friend Stephen Mulhern also provided many amusing moments at the ceremony on the day, with a guest telling the paper that it gave the event a “light-hearted feel”, reported the Sun.

During Ant’s own wedding speech, he said: “When Anne-Marie walked into the church, I had to fight to hold it together as she looked so beautiful.”

Anne-Marie’s two daughters from her previous marriage also performed readings, one of which is noted to be the romantic poem The Bridge Across The River. 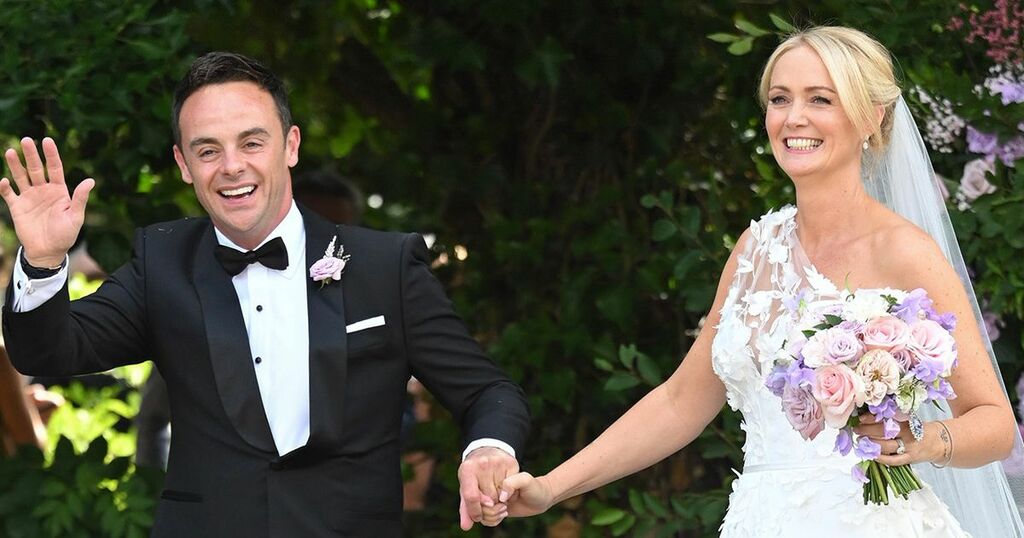 Daily Mirror
From analysis to the latest developments in health, read the most diverse news in one place.
Ant McPartlin shares unseen wedding photo to mark first anniversary with wife Anne-Marie Corbett

Ant McPartlin has marked his first wedding anniversary with wife Anne-Marie Corbett with a never-before-seen picture of their wedding.

Daily Mirror
One place to find news on any topic, from hundreds of sites.
Towie's Jess Wright shares never before seen pics of secret English wedding

Reality TV star Jess Wright has shared photos from her stunning and intimate English wedding, as well as a montage…