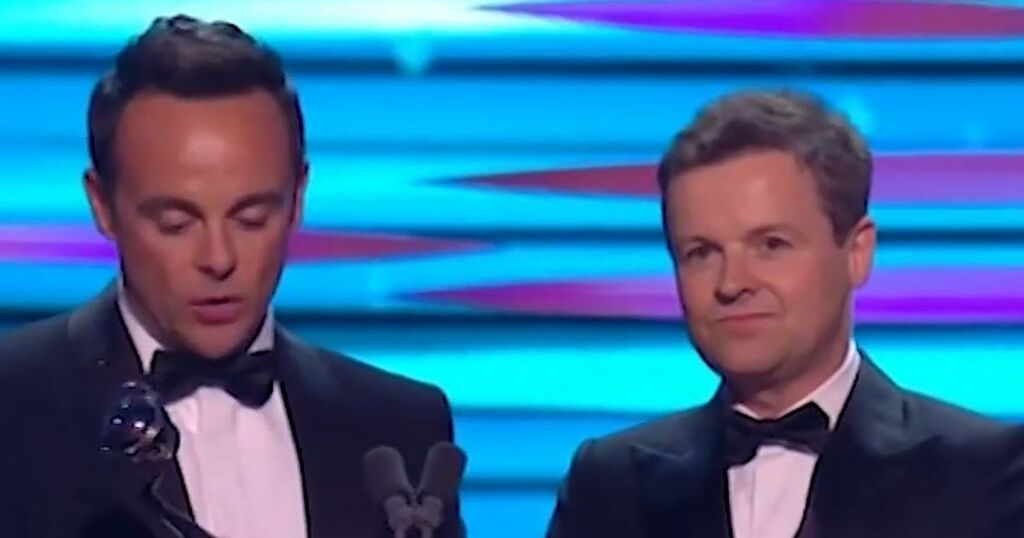 Amt and Dec were visibly moved as they picked up the Best Presenter accolade for an incredible 20th year in a row at the National Television Awards.

You have to go back to 2000 to find a name that's not Ant and Dec' s on the trophy, with Michael Barrymore the last star other than them to take home the prize at the annual event.

Thursday's NTAs started off well for Ant and Dec as I'm A Celebrity won Best Entertainment, the first award of the night, seeing off competition from a host of other shows, including their own Saturday Night Takeaway.

READ MORE: Winners and results from the National Television Awards 2021

But it was the Best Presenter prize that once again attracted the most attention, not least because fellow nominee Piers Morgan had been stirring the pot in the hours and days leading up to the ceremony.

There was to be no shock win for Piers or This Morning hosts Holly Willoughby or Alison Hammond as Ant and Dec won Best Presenter yet again.

The lads looked shocked as Fred and Andrea Siriex announced them as winners and were still shaken as they took to the winners' podium.

Kicking off their acceptance speech, Ant said: "Thank you very much indeed. We were talking in the car on the way here and the first year we won a National Television Award, Tony Blair was the Prime Minister and Newcastle United qualified for the Champions' League. Just goes to show how long ago that was!

"This is really, really special, you've got no idea how special this is. Thank you very, very much."

Dec then got behind the mic to say: "It's pretty overwhelming erm thank you to ITV for all your continued support. To our management YMU, thanks for looking after us so brilliantly.

"To our lovely wives, thank you for looking after us too. To our families at home thank you so much."

"So much has changed in our lives since then but one that that hasn't changed is that you take time year after year to vote for us and put us up here.

"We're so honoured and humble and grateful. As Ant said, it means the absolute world."

Ant ended their speech by saying: "We've got best jobs on telly, we really have. Please keep watching these shows as we love making them."