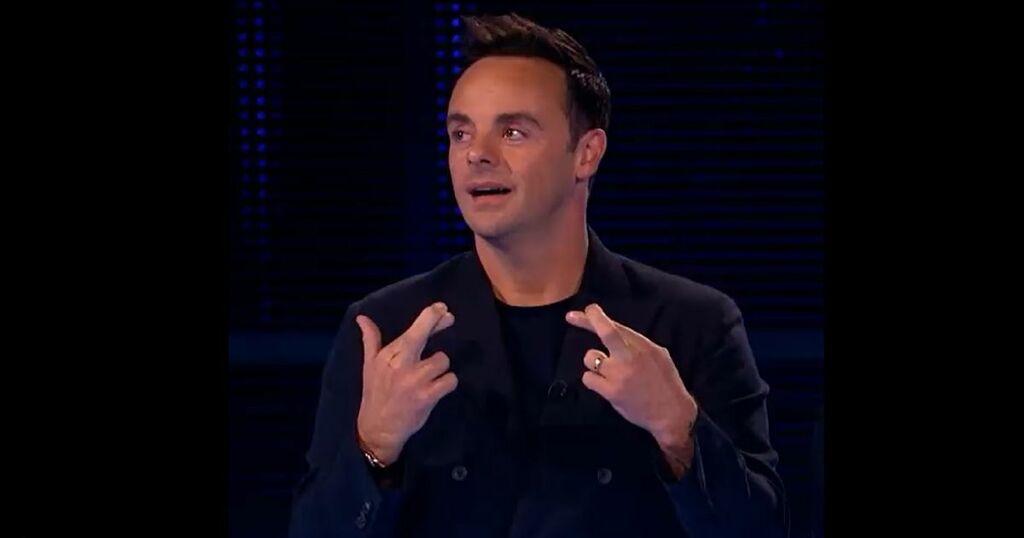 The nation's favourite Saturday night television duo Ant and Dec are back on our screens tonight with an entirely new show.

Ant McPartlin and Declan Donnelly are hosting the new ITV quiz show Limitless Win, which they admitted they feared would "bankrupt" the broadcaster due to the huge cash prizes on offer.

The first episode aired this evening (Saturday, January 8) but many viewers are still scratching their head about how the format works - and dozens of viewers flooded Twitter with the same remark.

They could see the funny side of their confusion and drew comparison with the fictitious quiz show Bamboozled, which featured in an episode of Friends.

'Hosted' by Joey, the quiz was in The One with the Baby Shower in series eight of the sitcom and saw Ross and Chandler stumped by the hard-to-follow rules of the game.

Friends fans flooded Twitter with similar remarks about Joey and Bamboozled as the episode aired tonight.

@yasbanks tweeted: "This game feels like when Joey explained the rules of the game he auditioned for on FRIENDS… #LimitlessWin."

@jenslensssees echoed: "Feeling as confused as Ross and Chandler on #friends when Joey is trying to explain how to play Bamboozle watching #antanddec #LimitlessWin #confused."

However, @hellomatt said: "Creasing at all the confusion about #LimitlessWin. It’s actually quite straight forward [crying laughing emoji]."

Speaking earlier this week ahead of the show airing, Ant McPartlin said: “I think our [show] is different because the answer to every question is a number, and it’s very simple, and everyone can play along.

“You don’t have to be the brains of Britain. And with other quiz shows, suddenly when you get into very serious money, the answers become impossible to play along with, but with this you can have a stab at every one.

“And what makes it different is it’s the world’s first limitless jackpot. That’s the selling point for us, and that’s what hooked us in, is the fact there’s no top prize, and if you played this game right, you could win millions upon millions of pounds.”

Five hour-long episodes will air on Saturday nights, with ITV describing the show as “packed with drama, jeopardy and real emotion”.