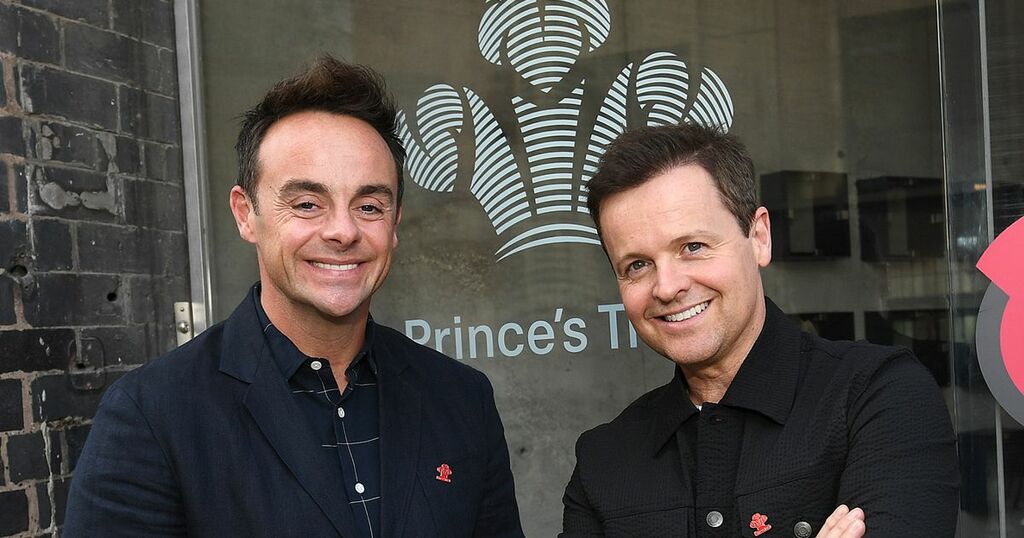 Last month they made National Television Award history as they collected the award for Best Presenter for the 20th year running, and today much-loved TV duo Ant and Dec were in Manchester to share their industry know-how.

The I'm A Celebrity ... Get Me Out Of Here! presenters surprised young people from Greater Manchester as they visited the Manchester Prince's Trust centre at Beehive Mill in Jersey Street.

The Saturday Night Takeaway hosts were there to kick off their new programme with The Prince’s Trust called Making It In Media, a two week programme giving young people the opportunity to gain industry knowledge from a number of experts, while developing their self-confidence and practical skills.

On Monday best friends Ant McPartlin and Declan Donnelly came to Manchester in person to share their advice from 32 years in entertainment.

Ant and Dec, who met and shot to fame on the children's TV drama Byker Grove which led to a three album recording deal, lifted the lid on their career.

Students listened enthralled and posed questions to the duo, who went on to host SMTV Live, CD:UK, Pop Idol and Britain's Got Talent.

The pair said they work on ideas for their variety show Saturday Night Takeaway, which launched in 2002, all year round.

"You use different muscles doing live TV on daily basis.

"And with different Britain's Got Talent you have no idea what's coming next.

"Somebody could come around the corner with a wheelbarrow."

"We feel we are the luckiest guys," said Dec.

Asked about their gameshow Red or Black?, dubbed the most expensive game show in television history which ran for two series in 2011 and 2012, they admitted that viewers 'fell out of love' with the format.

On the show, developed by BGT boss Simon Cowell, contestants chose the colour red or black, and those that choose the correct colour became millionaires.

"The audience felt they didn't deserve it because they hadn't answered questions," they explained.

"As long as you stay in the game you can win an unlimited jackpot," explained Dec.

"It turns out you can make a show with limitless amounts of money," added Ant, 45, about the groundbreaking format.

Asked to provide tips to those starting out in the industry Dec, 46, said: "Perseverance. Keep knocking at the door and asking questions.

"Your generation is much more digital au fait and savvy and you're making content for people who are as savvy about technology as you are."

Ant, who played Peter 'PJ' Jenkins in the CBBC teen drama Byker Grove alongside Dec as his on-screen best friend Duncan Sperring, said he was shy when he first started out on the show which made PJ and Duncan household names.

"I found it difficult to interact especially with other cast members and it wasn't until I became friends with Dec that I came out of my shell," he recalled.

And Dec remembered: "We just wanted to keep working together. We finished Byker Grove and got a recording contract.

"We didn't really want to do it but we had no other offers. We did it as an extension of the TV show."

Their 1993 single Tonight I'm Free, which featured in Byker Grove, was followed by their successful debut album Psyche, which included the single Let's Get Ready to Rhumble.

After their second album Top Katz they were rebranded as Ant and Dec and following their final album The Cult of Ant & Dec in 1997 the pair ruled out their pop career to concentrate on TV presenting.

"There's been a lot of knockbacks in this business and a lot of lows, and we've got a lot of perseverance," said Ant.

"We are quite strong characters and this business has made us strong."

Dec advised the students: "Trust your inner voice, it's there for a reason. Trust your instincts."

And Ant added: "We've heard back that we're nice people to work with. Niceness goes a long way.

"Be decent and that pays dividends."

And on making a successful show Dec said: "As hosts we are constantly storytelling to hook people in.

"The viewer wants to be entertained and informed along the way.

"And we let the audience in on our friendship. Most people have a best mate and when they see us they see themselves."

At the end of the programme employers from the media and entertainment industries can get involved in a Prince’s Trust 'Get Hired' event on October 27.