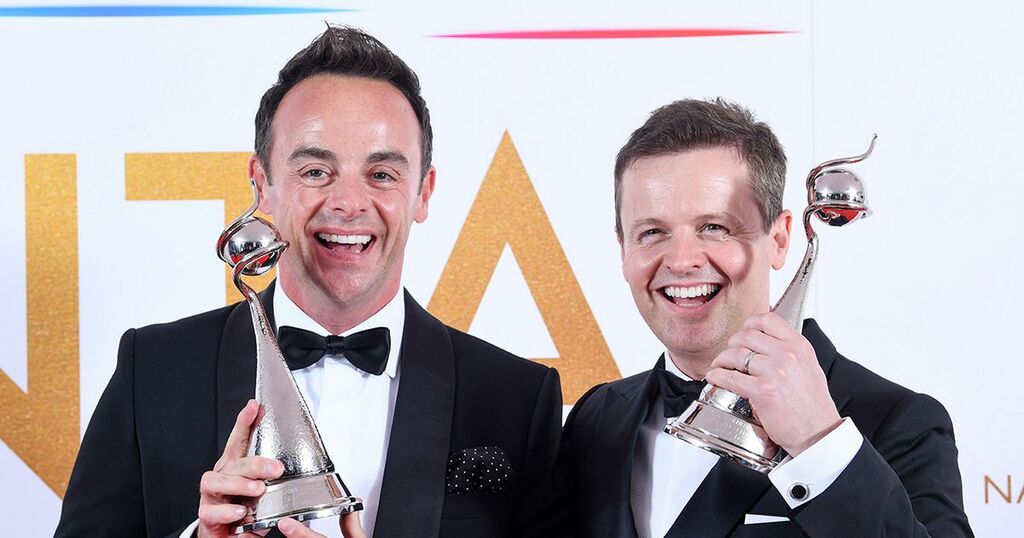 Ant and Dec made history at the National Television Awards at London's O2 Arena on Thursday night after winning the Best Presenter award for the 20th year running, beating the likes of Piers Morgan - much to his dismay.

Despite the former Good Morning Britain presenter being extremely vocal before the awards about why he should beat the Geordie duo, the pair weren't about to let him jump in on their limelight.

They beamed as they took to the stage to accept their well-deserved gong despite fellow nominee Piers urging his followers to vote against the ‘tediously predictable farce’.

During their acceptance speech, they appeared to brush off the savage swipe from their rival as they thanked their fans for their continuous support throughout the past two decades.

He wrote: "Wow! What a shock! Congrats to Ant & Dec," the ex newspaper editor fumed on Twitter.

But when we asked the delightful duo about the 56-year-old in the NTAs winners' room, Ant quickly told us: "We don’t have a lot to say to Piers Morgan."

And Dec sharply agreed, adding: "It’s not about him tonight!"

The duo also accepted the Bruce Forsyth Entertainment Award after I'm A Celebrity was awarded the gong.

Speaking in the winners' room, Ant said: "We had a really good cast last year, we aren’t the ones eating testicles and anuses."

Dec jibed: "Not on the tele, anyway," before Ant dedicated the award to the jungle/castle-goers.

Dec then added: "One thing we will be doing differently this year we will have a full series. We put an advert for the show and everyone was like 'oh my God, you saved 2020'.

Ant admitted the pair couldn't unveil any secrets about this year's casting, but Dec confessed it "really is" as good as last year's.

Elsewhere at the awards ceremony, Coronation Street was also a big winner. Mollie Gallagher was honoured for her performance as goth Nina Lucas, who is currently at the centre of hate crime storyline which saw her boyfriend Sean murdered by a gang.

Line of Duty also won big on the night, landing the Best Drama gong, as well as Ricky Gervais, who was awarded Best Comedy for his hit Netflix show After Life.