Answer: "Who Is Aaron Rodgers?" 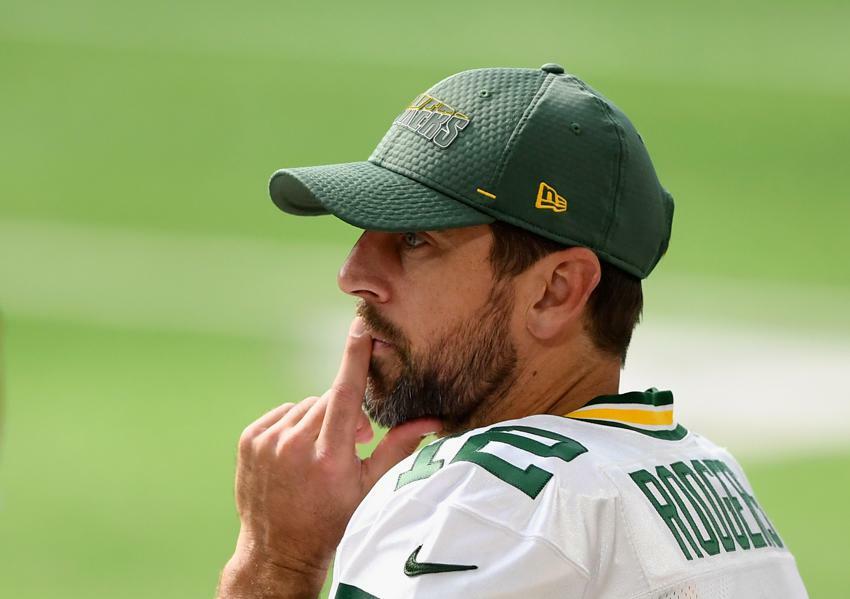 As I watched the New Orleans Saints play the Green Bay Packers on Sunday, Packers quarterback Aaron Rodgers looked lifeless and totally disconnected from his teammates. The lack of cohesion showed up in a terrible team performance for Green Bay and for Rodgers, who was 15-for-28 with 133 yards, two interceptions and no touchdowns before coach Matt LaFleur yanked him for Jordan Love, who was drafted out of Utah State in 2020. Green Bay wound up losing 38 – 3, which was the biggest loss of Rodgers’ career as a starter.

It was hardly surprising Green Bay lost given how poorly they played and how well a revitalized Saints’ team competed, but I found myself measuring the loss in something other than points. So, I knew I had to write about it this week.

You see, at 37-years-old, Rodgers is experiencing something he never has before, but which all of us in sports and business must face at some time: the prospect that our careers or our time with a particular organization is drawing to a close. And when the end comes, it will be over—at least for that job or that career. It’s a harsh reality but a reality of life in business and sport. And anybody who thinks they’re irreplaceable is living in a fantasy land.

It’s true even when you are a star, as Rodgers was and continues to be as the leagues reigning MVP. But replacing Rodgers right off the bat was never the team’s goal. To the contrary, in 2020, the Packers drafted somebody they hoped would serve as Rodgers’ eventual replacement. Succession planning is a fundamental best practice of good organizational governance. Ideally, Rodgers would mentor the younger player so that when Love’s time came to step into the role of offensive leader, he would be ready to help Green Bay maintain its winning ways and reward its passionate fan base for years to come.

But Rodgers didn’t see it that way. He chose to see it as another example of management’s disrespecting “guys like me” who were approaching the end of their tenure. In his case, Rodgers argued, management should have consulted him about new draft picks. That Rodgers behaved as though one of the league’s oldest and most storied franchises had become synonymous with Aaron Rodgers was evident when he told reporters at a press conference, "I think we can all understand Green Bay isn't a huge vacation destination. People are coming here to play with me, to play with our team and knowing that they can win a championship here.”

Yes, Rodgers also said all the things disgruntled athletes say when leveling the boom on their employers—that he loved everybody and it wasn’t about money but rather respect and input. The offseason saw Rodgers in the middle of an acrimonious contract negotiation in which he sought to try to involve himself more in management decisions. When these concessions were not forthcoming, he pulled the equivalent of using all his sick time or lining up as many vacation days as possible after giving notice at work, and disappeared.

Except he didn’t exactly disappear. Instead, he became a distraction. While his teammates were pushing blocking sleds and tackling dummies around the field during the offseason training camp, he went to a huge vacation destination called Hawaii and cavorted with the beautiful people. And he joined the long list of brainy celebrities to take a stab at hosting the game show Jeopardy!

When the actual season rolled around, he returned to the gridiron where, in between press conferences, he proceeded to have his lunch eaten by a Saints team in which the succession from All-Pro quarterback Drew Brees to backup Jameis Winston was handled in a smoother and more positive way. After the game, Rodgers and everyone else on the Packers emphasized that you cannot judge a season based on a single game.

In terms of wins and losses, Rodgers is right. But when we consider attitude, Rodgers will need to do some serious readjusting and decide whether he is a player or upper manager. Otherwise, in the not overly distant future, we could envisage the following TV scenario.

We’re deep into double Jeopardy and all three contestants are within a few points of each other. They’ve been having trouble with this category all night, but Dave has got to go for broke here to create space between himself and the others.

“I’ll take NFL Bad Calls for 1000, Aaron,” he says to the host, who narrowly won the job by challenging Mayim Bialik to an arm-wrestling contest.

“Okay, what Hall of Fame quarterback said, ‘Green Bay isn’t exactly a vacation destination. People are coming here to play with me,’ and went on to lose 38-3 in his next game? Ooh … awkward …” replies the host.

Without missing a beat, the contestant provides the answer, positioning himself for a final Jeopardy win.

“Who is Aaron Rodgers?”