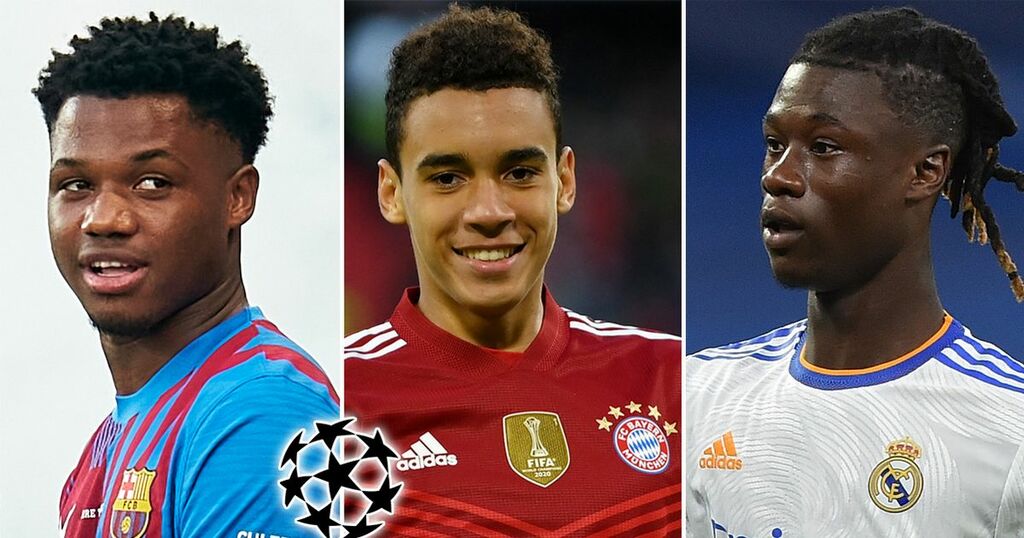 The Champions League group stages return this week with four Premier League clubs in action during this year’s competition.

Holders Chelsea will begin their defence of the competition as they face Zenit Saint Petersburg while last year’s beaten finalists Manchester City start their campaign against RB Leipzig.

Manchester United and Liverpool will face Young Boys and Milan respectively in a competition that promises to be more engrossing than ever.

With the Premier League massively outspending rival leagues this summer, top clubs across Europe have turned to youth stars as their next big hope.

With that in mind, here are 10 of the brightest young stars in European football to keep an eye out for in this season’s Champions League.

The 18-year-old made his debut for the Catalan giants two years ago and has proven to be a sensation since, despite suffering a serious knee injury last season.

Fati has netted 13 goals in 41 first-team appearances for the club and also has broken through at international level with Spain - for whom he scored once in four caps, when aged 17.

His remarkable progress for club and country was halted when suffering a knee injury in November which required several surgical processes to fix, but he is now back in full-training.

The opening group match against Bayern Munich may come too early for Fati but his path to stardom appears to be unstoppable.

Gravenberch is the current big prospect at the Dutch giants and he has already been capped eight times at international level for the Netherlands, aged just 19.

Of Surinamese descent, he has netted 10 goals in 65 appearances for Ajax having developed through their youth system and has won four trophies at the club, including two Eredivisie titles.

Do not be surprised to see him make a big-money move in the years to come.

Reece James, Mason Mount and Tammy Abraham are among the huge successes of Chelsea’s youth system in recent years, but Jamal Musiala was the Blues player always destined for stardom.

Aged just 18, the midfielder has already bagged 11 goals at first-team level for Bayern Munich including four in just six appearances this season - and is now a Germany senior international.

Musiala is already being seen as the player who got away for both Chelsea and England, whom he represented at Under-21 level, and is already one of Bayern’s most important players.

There is no telling just how good this teenager will become, but he appears to be destined to reach the very top, very quickly.

Born in an Angolan refugee camp to Congolese refugees, Camavinga’s friendly moved to France when he was aged just two and his family house burnt down seven years later - with most of their possessions lost.

He joined Real Madrid this summer and scored six minutes into his debut on Sunday against Celta Vigo amid a great deal of excitement.

The 18-year-old is unlikely to be a starter in Carlo Ancelotti’s side this campaign, but he is the young jewel at the club and looks set for megastar status.

Which side will win this season's Champions League? Let us know in the comments below

The striker netted 25 goals in 35 youth international appearances for the Netherlands and bagged six goals for Ajax last season, before his switch to RB Leizpig was confirmed as a free agent.

The Amsterdam-born striker was seen as a great hope in the Netherlands and his move to the Bundesliga side - for whom he has made three appearances - was seen as significant.

The 19-year-old is unlikely to reach his best form this campaign but Leipzig have built a reputation for developing talents and Brobbey has a high ceiling.

The Portugal international joined Paris Saint-Germain on a season-long loan deal from Sporting Lisbon this summer with an option to buy - with the deal said to be worth in the region of £35million.

Having enjoyed a breakthrough campaign last time out, Mendes has already been capped eight times by Portugal and is now one of the highest rated teenagers in Europe.

The teenage midfield maestro made a staggering 73 appearances for club and country last season, including extensive runs in Euro 2020 and the Olympics with Spain.

Pedri only joined Barca from Las Palmas last summer but is already a key member of Ronald Koeman’s side and is the outstanding young player in Spain.

His excellence was evident in the European Championships semi-final against Italy, when he did not misplace one pass in the regulation 90 minutes.

Amid all the current chaos at Barcelona, Pedri is their outstanding young hope.

The Cameroon-born 16-year-old striker is an outstanding prospect who has already scored three goals in 20 appearances for Dortmund.

He is also now a regular in Germany’s Under-21 side - where he was scored three times - and is at a level which is several brackets above his age group.

His early career progress has been remarkable and looks set to earn more Champions League minutes this season.

Teenage winger Pino became the youngest Spanish player ever to start in a European final when he was included in Villarreal’s XI in the Europa League showpiece in May.

The 18-year-old scored seven goals for the Yellow Submarine last season and is now a regular member of Unai Emery’s side and will play a key role in their Champions League campaign.

Like Pedri, he is from Las Palmas and looks set for a huge future.

Born in Sweden to Macedonian parents, Kulusevski impressed for his nation at Euro 2020 after establishing himself as a regular starter for Juventus.

Aged 21, Kulusevski began his senior career in Italy with Atalanta and had subsequent loan spells at Parma following a switch to the Bianconeri.

Alongside Federico Chiesa , he is hoping to become the long-term attacking star of Juve and will be central to their hopes in Europe this year.