'Another nail in the coffin': Indian-owned Australian coal mine suffers big legal reverse 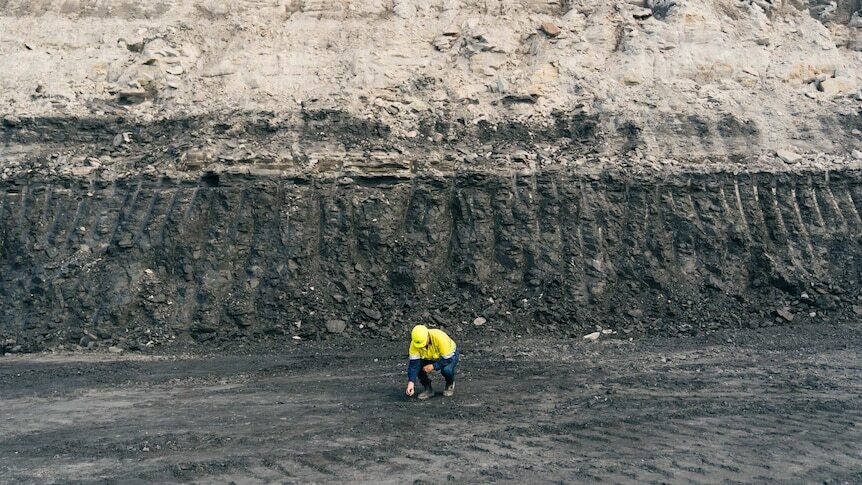 An Indian-owned Australian coal miner believed to be more than $1 billion in the red is teetering after a Federal Court judge ordered the company to pay an aggrieved creditor more than $5 million in costs.

Griffin Coal Mining, which runs a mine at Collie, about 300km south of Perth, has been left reeling after losing a case that was brought by its former mine manager, Carna Civil and Engineering.

Carna ran the mine for about nine months until December 2014 when it terminated the contract over claims that Griffin had repeatedly failed to pay its debts on time.

It subsequently went into liquidation and sued Griffin for damages.

In a decision handed down in Perth on Friday, Justice Neil McKerracher upheld Carna's claim, saying Griffin's failure to pay had been "consistent and debilitating" for the contractor.

"There is no doubt that throughout the period of the contract … Griffin was under a chronic disability with respect to its capacity to pay its debts," Justice McKerracher found.

"As is patently clear from the documentary record, in late 2013 and 2014 Griffin could not pay all its debts as and when they fell due without parent company support.

"Crucially, the parent support consistently failed to materialise at the time it was needed and in the amounts required to pay Griffin's debts."

According to the judgement, financial accounts show Griffin burnt through almost $70 million in cash in the 2017 financial year and almost $50 million in the nine months to the end of March 2018.

Justice McKerracher ruled Griffin was liable to pay Carna $5.1 million in damages plus costs although he set aside a decision over how much interest the miner would be required to pay.

Steve Thomas, a state Liberal MP, said the decision was a devastating setback for Griffin, which had been hit by a rolling series of crises since being taken over by Indian interests in 2011.

Most recently, Griffin invoked a so-called Act of God clause to cut deliveries to its customers, blaming a relatively wet winter.

Dr Thomas put Griffin's overall losses in the past decade at more than $1 billion and said that while $5.1 million might not sound like much "it's another nail in Griffin's coffin".

He said Griffin's troubles were casting uncertainty over the town of Collie, the heart of WA's coal industry, producing almost half the power for the state's main grid.

"It all indicates a company that simply is unable to manage its financial affairs," Dr Thomas said.

"Ultimately, Collie is so important to the South West."

Griffin's customers include Bluewaters, the 400MW power station whose value was last year written down to zero by its Japanese owners amid the crumbling economics of coal-fired electricity generation.

Unlike the eastern states, WA does not export its coal, which is used domestically for electricity generation and industrial purposes.

FTI Consulting, which is acting as liquidator for Carna, said it welcomed the Federal Court decision which vindicated its decision to press its legal case against Griffin.

"(The decision) upholds our claim which centred on warranties and representations made by Griffin Coal about its financial health prior to Carna signing a mining services contract with Griffin in early 2014," a spokesman for FTI said.

"Before entering this contract, Carna Group had a substantial successful operational history that was impacted significantly by a single contract.

"It had successfully operated since being founded in 1992, delivering more than 250 projects on behalf of customers.

"Initiating these proceedings on behalf of Carna Group followed a carefully considered strategy to maximise recoveries for creditors."