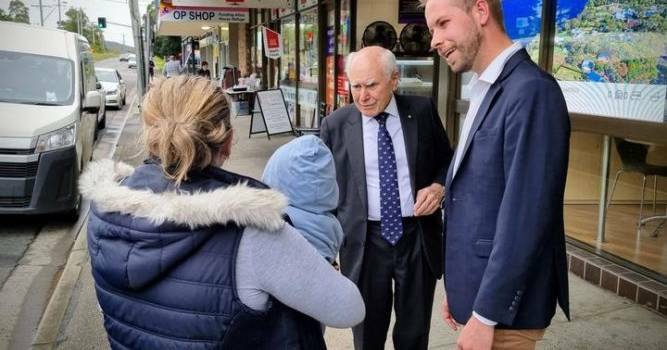 Could Labor lose the seat of Hunter to the Nationals? That's the question
Opposing forces at work in the Hunter

Newcastle Herald
Grattan on Friday: It's Albanese's to lose, as Morrison looks for some momentum

The battles in the most high-profile teal seats have become nail-biters, not least because some “soft” voters in these previously…

Scott Morrison couldn’t land a punch, and a pervasive sense of desperation hangs all around the prime minister’s persona.

Three years ago, Scott Morrison's ebullient personality as the little known and newly installed leader of Australia's Liberal Party was… 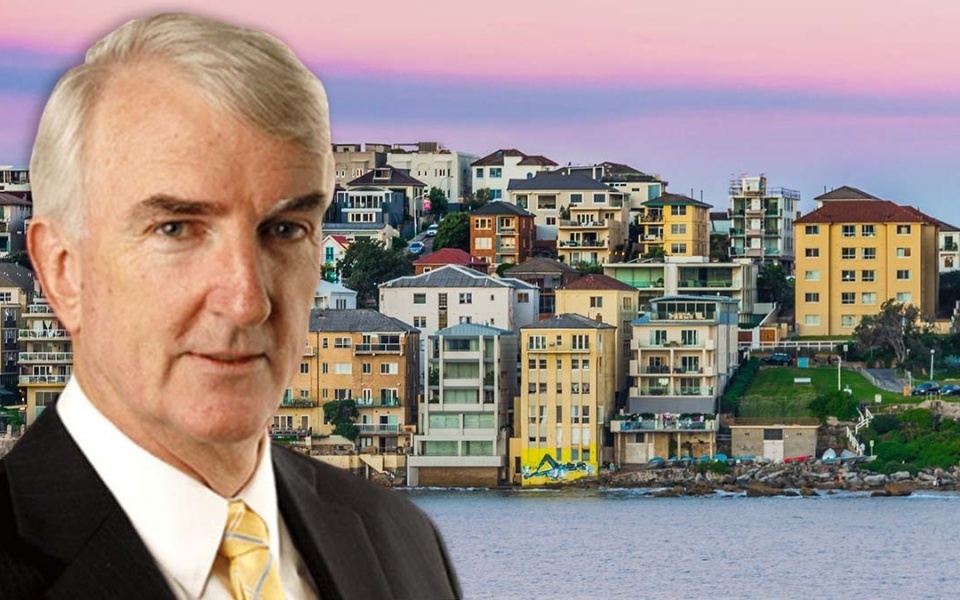 Michael Pascoe: Housing crisis? Look over there – a puppy!
Neither of the parties that will form government next week wants to confront the nation’s immediate need or offer large-scale…

The New Daily
Read news from The Economist, FT, Bloomberg and more, with one subscription
Learn More
The San Antonio Border Security Expo Is Decadent and Depraved

The Roe vs. Wade Supreme Court proceedings in the United States have put the spotlight on the issue of abortion…

The Conversation
As Fox News legitimises race-hate theories, US lawmaker pleads for Murdochs to act

Another miracle? Here’s how the PM can still win the election

For starters, it means nobody is willing to write off the prime minister, even as the poll numbers get worse, the Coalition fails to land a clear blow on Anthony Albanese, and the debate coalesces around issues and talking points favourable to Labor.

But Morrison remains a true believer in his ability to prove the polls wrong… again. The path to victory has become a tightrope, but it’s still there. Liberals believe a chunk of the polled vote is “soft” enough to shift in the final week, and that the undecideds will stay with the devil they know.

Morrison’s strategy for the next week is twofold. Firstly, the campaign will continue to double-down on relentlessly negative messaging, trying to paint Albanese as weak, inconsistent and out of his depth on the economy and national security.

What’s notable is just how much more negative the Liberal messaging has become through the campaign. Morrison’s opening salvo was still peppered with post-COVID optimism about Australia’s strong economic position compared with the rest of the world.

Through late April, Liberal ads on Facebook still spruiked Australia’s economic recovery and our comparatively low unemployment numbers. But historically high inflation figures and an interest rate rise dented the government’s ability to rest on the laurels of economic management, and gave Labor an easy attack in one of the Coalition’s traditionally strong areas.

Since then, the attack ads online have been uniformly negative, as has Morrison’s messaging, as the government tries to scare voters away from Labor, a tactic that runs up against the opposition’s small target stonewall.

The second prong of this strategy is a highly targeted — and slightly hopeful — campaign map. That relies on a fizzing of the teal wave in urban seats (where Morrison is too toxic to travel), with Liberal losses limited to one or two at absolute most.

Next, it’s about limiting some of the projected Labor gains. This week, Morrison’s been on a defensive footing, travelling to Liberal-held Bass, Bennelong, Reid, Robertson and Chisholm. It needs to hold most of those seats. The government is also optimistic about retaining its dominance in Queensland and losing no ground (although that won’t guarantee them victory).

Finally, Morrison needs his “suburban strategy” to make gains in Labor territory. He’s been a regular visitor in Parramatta, which ranks high on the target list, as well as Gilmore on the NSW South Coast and Corangamite in Victoria. Other “under the radar” gains could be Lingiari in the Northern Territory, the Tasmanian seat of Lyons, and possibly McEwen in Melbourne’s outer suburbs.

Amid all that seat flipping, the Coalition could probably cling on to power with just 74 seats. Centre Alliance MP Rebekha Sharkie, a former Liberal, has indicated she’d negotiate with the Liberals first in the event of a hung Parliament, while recognising that her electorate of Mayo had never been a Labor seat.

Bob Katter is Bob Katter. But he went with Tony Abbott in 2010, is naturally conservative, and would only require a commitment to build the Mother of All Dams somewhere near Mount Isa to get on board.

The path is narrow and uncertain, but it’s still very much there. But if Morrison remains prime minister after May 21, it would be a miracle to dwarf the miracle of 2019.

That election shattered so many presumptions about how governments win, proving a rookie PM, barely holding together a bitterly divided, policy-lite government, could turn things around on the strength of a campaign.

This time, Morrison is a widely disliked leader too unpopular to campaign in much of the country, running an even more divided, policy-barren government, grappling with big economic shocks and a major national security fail in the middle of the campaign.

Maybe we’d chalk a repeat miracle down to Morrison’s formidable campaign genius, which seems to basically boil down to his ability to nail attack lines on cue and look energetic for the nightly news.

Maybe such a victory would be in spite of Morrison, not because of him — a reflection of a latent conservatism and fear hidden too deep in the electorate for pollsters and strategists to find.

If Morrison does win again, we’ll no doubt be spending another three years trying to work out how.

Could Labor lose the seat of Hunter to the Nationals? That's the question
Opposing forces at work in the Hunter

Newcastle Herald
Grattan on Friday: It's Albanese's to lose, as Morrison looks for some momentum

The battles in the most high-profile teal seats have become nail-biters, not least because some “soft” voters in these previously…

Scott Morrison couldn’t land a punch, and a pervasive sense of desperation hangs all around the prime minister’s persona.

Three years ago, Scott Morrison's ebullient personality as the little known and newly installed leader of Australia's Liberal Party was…