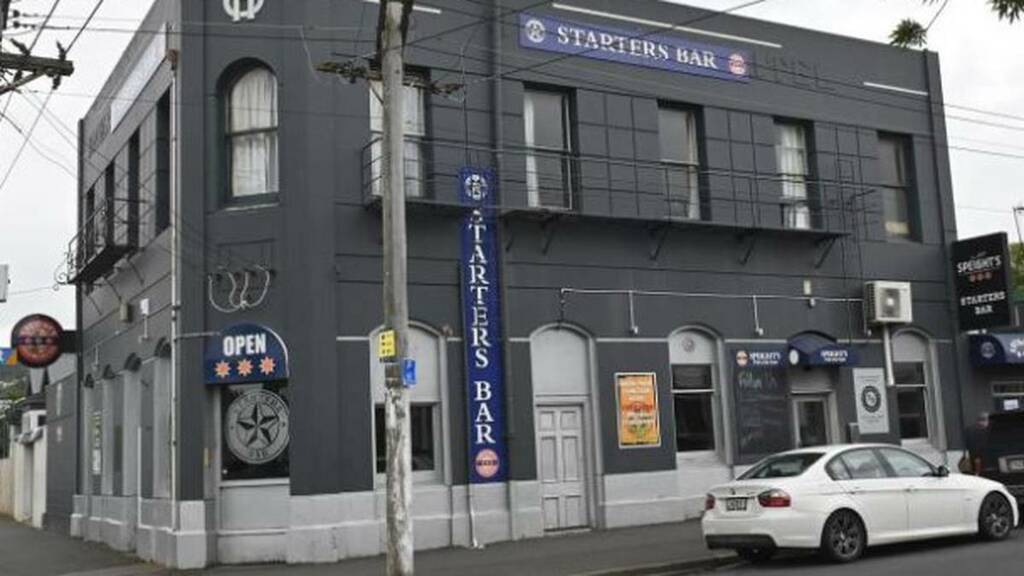 One of the last remaining scarfie watering holes is now gone.

Formerly known as The Oriental, the bar was bought by the Otago University Students' Association in 2018.

However, OUSA announced today, it would not be reopening Starters Bar when the lockdown ends.

The Bar has been shut over alert levels 3 and 4, in line with Government regulations.

The decision to not reopen going forward was due to Health and Safety concerns around the building.

"A search for an alternate venue will continue," the announcement said.

OUSA president Michaela Waite-Harvey said the bar was initially acquired to preserve the last of the student bars in Dunedin and to ensure students had somewhere safe to socialise, in line with OUSA's harm-prevention strategy.

"The staff at Starters have done an amazing job at running the bar. This will have the biggest impact on them," she said.

Save Dunedin Live Music spokesman David Bennett said the loss of Starters Bar was a "heavy blow" to the longevity and vibrancy of the Dunedin music scene.

"Starters was a well-run venue and we feel for the staff who worked there and who must be keenly feeling the loss of employment, especially in the current era.

"Moreover, as it currently stands, Starters Bar was the only venue filling the gap for mid-level touring bands with specific technical and capacity requirements, and with its closure, many tours will have to cross Dunedin shows off their lists."

Bennett said the venue filled an important role in the university's musical contribution to the city because it acted as a launchpad for bands formed on campus and was a home to O-week events, the university Battle of the Bands, music industry workshops, and a large number of events designed to foster inclusion, diversity, and promotion of music in Dunedin.

"Many promoters across Aotearoa struggle to find venues in Dunedin that are economically viable to include in tours, and the closure of Starters Bar will have an immediate and very real impact on the kinds of shows that come to Dunedin, reducing opportunities for local bands to be support acts and thus form the relationships that help further their musical careers."

This latest blow to our music ecosystem only reinforces Save Dunedin Live Music's will to ensure the music community band together and demand that the importance of a vibrant music scene, be recognised and encouraged in Dunedin and that it is reflected in the planning of the city and the support offered to the arts in Dunedin, now and into the future.

"We have very few venues left, and when they are gone, they are very difficult to get back.

"It needs to be a priority to work with owners of historic buildings to help preserve these spaces."

He said there were numerous barriers to establishing new venues in Dunedin, and he hoped the Dunedin City Council would continue to work towards facilitating a vibrant city so that people like the Starters team could continue to provide safe spaces for entertainment.

"The loss of Starters Bar will be a heavy blow to the Dunedin music scene, particularly for our young music fans and young musicians.

"We need to do more to protect our existing venues and to facilitate the opening of new venues."